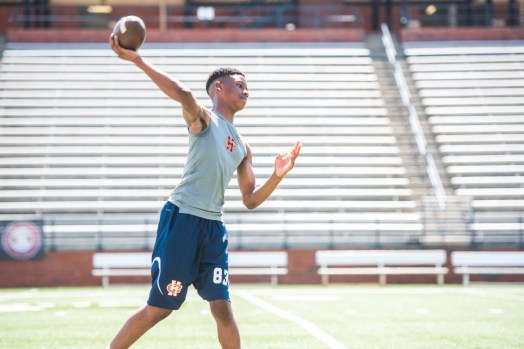 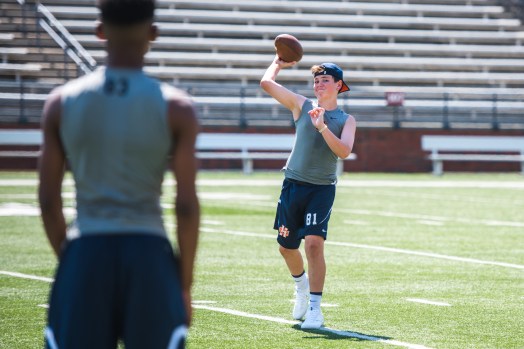 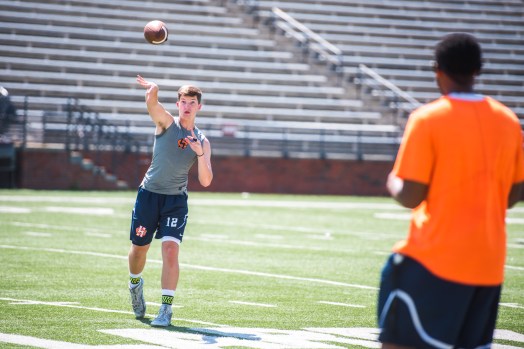 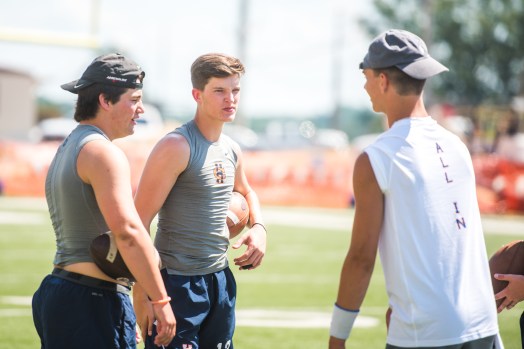 Charles Henderson quarterbacks were busy working on their fundamentals Friday at the Donny Walker System Camp at Veterans Memorial Stadium.

Noah Lowery and DQ Toney along with other Trojan quarterbacks worked throughout the heat of the day on toning their craft in advance of the 2017 season.

“I met Donny through Coach (Neal) Brown and we got to talking and we thought it would be a good location to put on a quarterback camp here in Troy,” said CHHS head coach Brad McCoy. “It started with us trying to put on the camp for our own quarterbacks, but we branched it out and we had a couple other quarterbacks from some other schools.”

With organized team work not allowed until later in the summer, the Trojans and other teams are looking for ways to get a jump on the season by participating in camps. The System camp focused on fundamentals.

“First and foremost it focused on fundamentals of the quarterback position. From footwork to throwing mechanics to the mindset of the quarterback,” McCoy said. “We are kind of working with them from the ground up about how to play the position, things to look for like recognizing coverages and defense.”

Developing the quarterback position has been a goal for McCoy ever since he came to Charles Henderson in 2014.

“When it comes to a football team that position is probably one of the hardest to find,” McCoy said. “We really set out to find those guys and look for them and find out what kids were the most interested.

“Last year we went to Mobile to visit David Norris, and we thought it would be good to still do a camp early in the summer because it sets the tone for the offseason and just trying to get that individual work to really advance and educate our quarterbacks.”

The quarterbacks got a lot out of the day according to McCoy and they all thought highly of what Walker brought to the camp.

“They were all sunburned to say the least,” McCoy said. “They stayed out in that hot stadium all day. I think they got 500-700 throws today. They got a ton of throwing and I really think they got a lot out of it and I think they felt the same way.”
The Trojans will host the wiregrass Offseason Team Activities (OTA) on June 29.