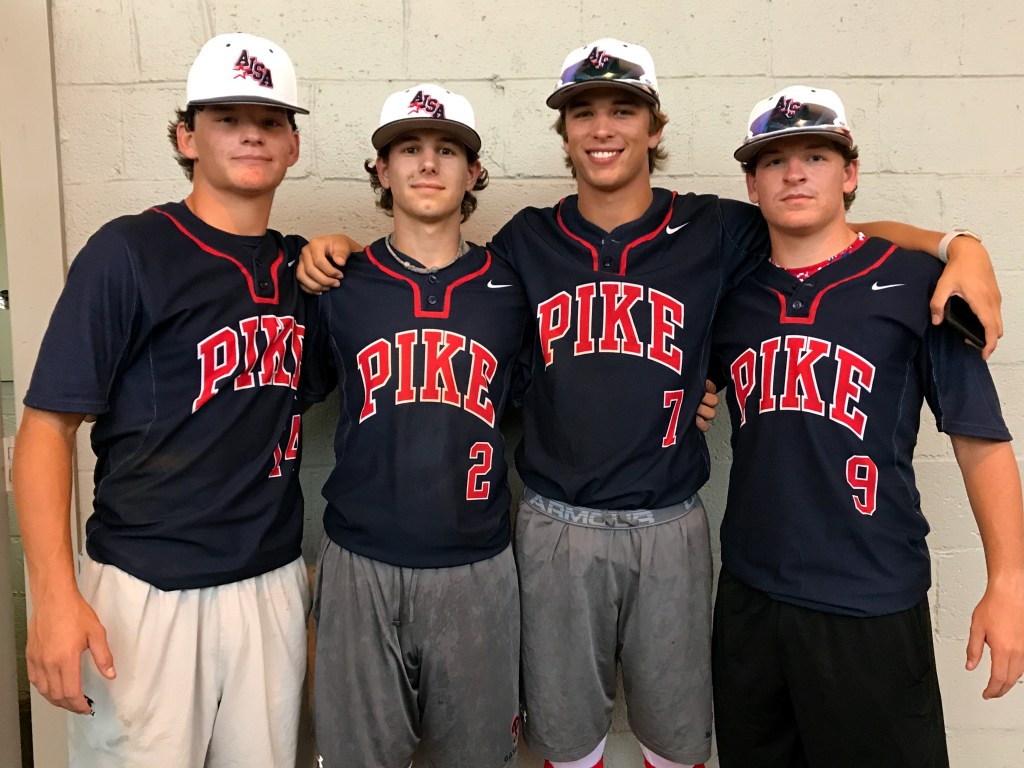 The Pike Patriots closed out their successful 2017 season in fun fashion on Monday night at Montgomery’s Patterson Field.

Reed Jinright was the starting pitcher for the Junior America All-Star Team. Reed pitched two complete innings in which he did not allow a hit. He struck out five batters while giving up two walks (one hit batter). Reed Jinright went 2-2 at the plate with one RBI. Wood Jinright sarted the game at third base and went 1-1 at the plate and was hit by a pitch. He also had an RBI. The American squad won the game 9-2 in eight innings of play.

Due to the rain, the senior game was cancelled.