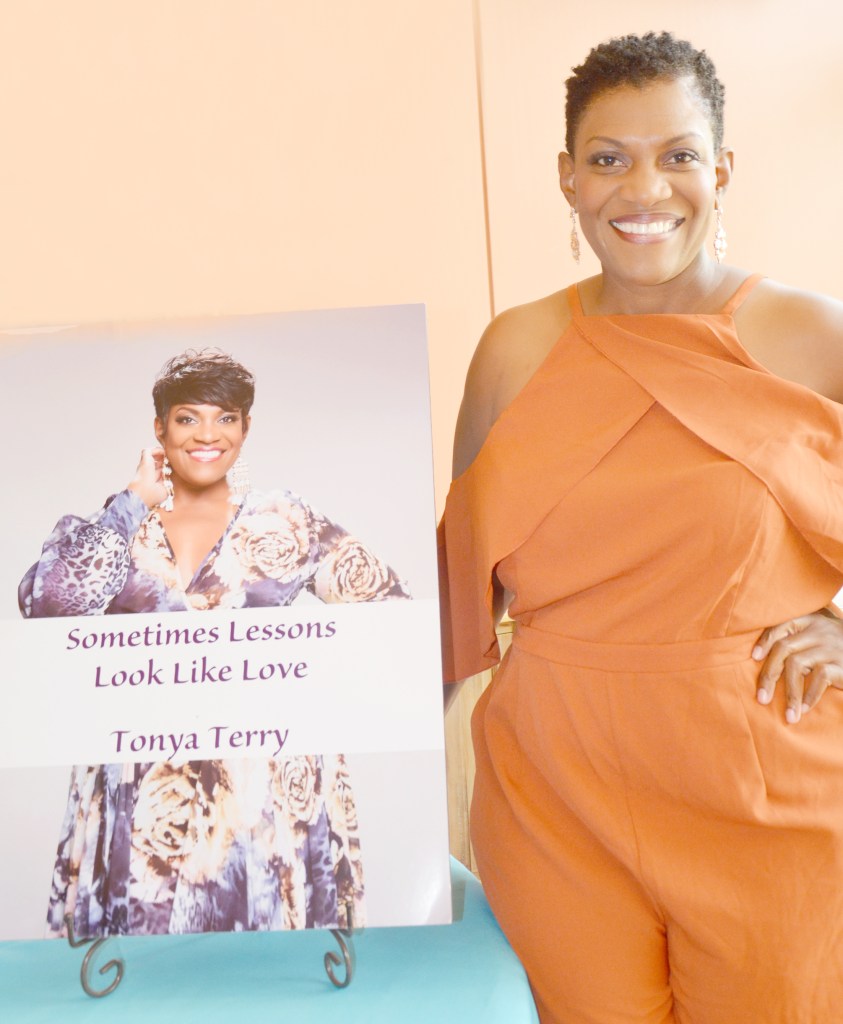 But, there was nothing really unusual about that.

Tonya Terry comes home quite often because she loves home. She loves her family and her friends. Simply put, she loves Troy, Alabama.

Terry is the popular WSFA News Anchor and is often the first face many local folks see in the mornings.

But celebrity has not put a high hat on Tonya Terry. In fact, it has made her more sensitive to her own feelings and to the plight of others.

And, that’s basically what Terry’s first book, “Sometimes Lessons Look Like Love,” is all about.

The Colley Senior Complex and Troy Tourism hosted a meet and greet book signing for Terry Wednesday morning at the senior complex.

Terry told those who gathered that the idea for her first book came from a friend who was fond of the stories she told.

But the seeds for “Sometimes Lessons Look Like Love” were probably sown in Terry’s youth and harvested 20 or more years later.

“Growing up, I loved to read and I kept a journal,” she said. “I was not comfortable expressing my thoughts but I could write them down.”

In adulthood, Terry lost her mother and a grandchild within four months time. She thought she could not make it through the sadness and the pain.  But, with the love and support of family, friends and a loving community, she made it through.

During that time, Terry remembered a teacher she had in elementary school who told her that she talked, too much.

There were more than a few times in Terry’s life when she could have given up, backed away. But, there were people who stepped in and set her straight with lessons that looked like love.

“Those lessons hurt so bad but they made a difference in me and in my life,” she said. “So, I’m now I’m telling my stories and I encourage others to tell their stories because you never know when they might help someone.

“When my heart was broken, sweet people were there to help me to realize that if I could make it through those times, anything was possible.”

Today, Tonya Terry has her book. She has plans for another book. Those books, and perhaps others will be a part of her legacy – a legacy that is about love and relationships – the things that make life special.