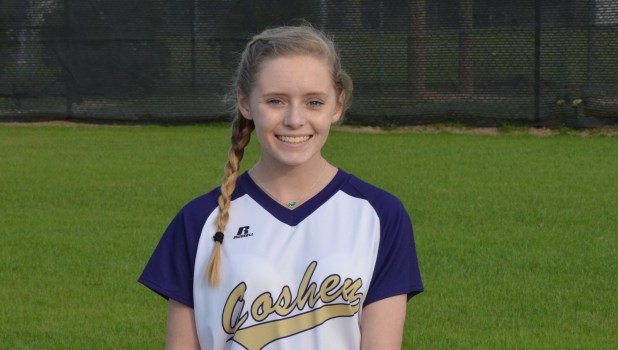 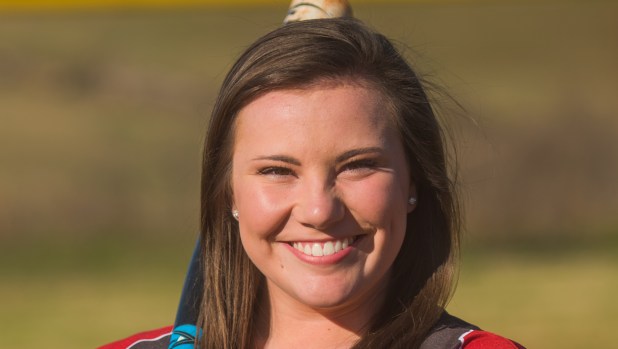 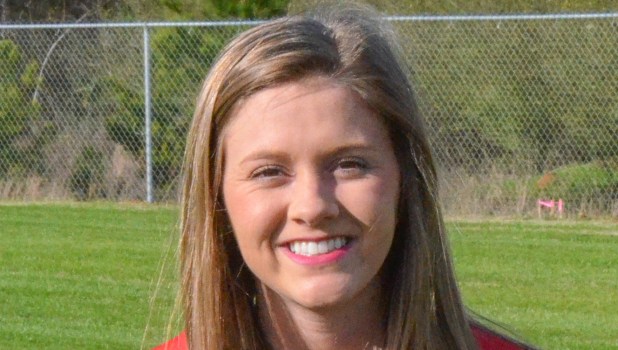 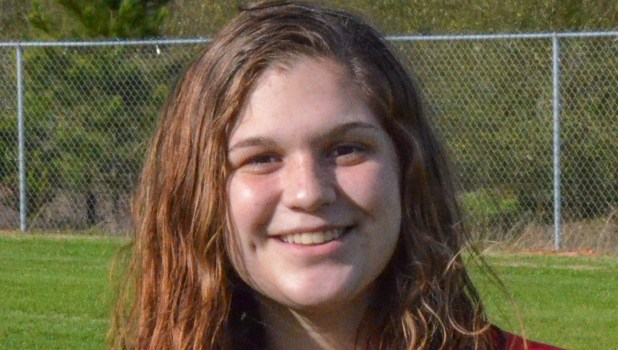 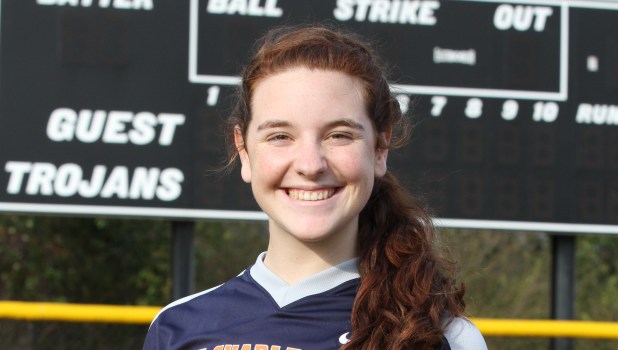 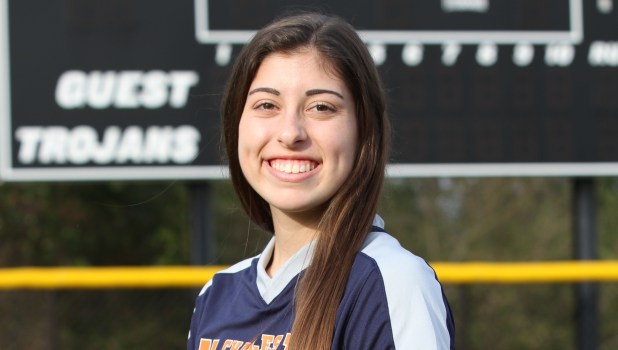 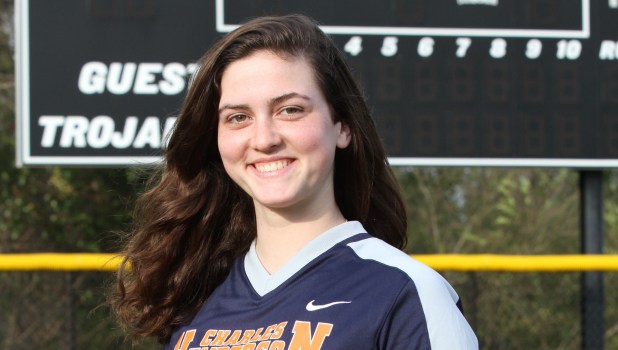 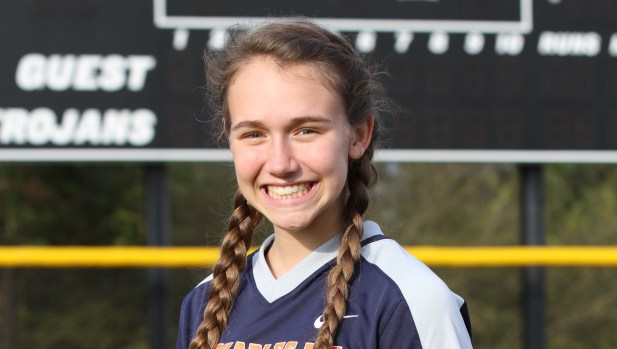 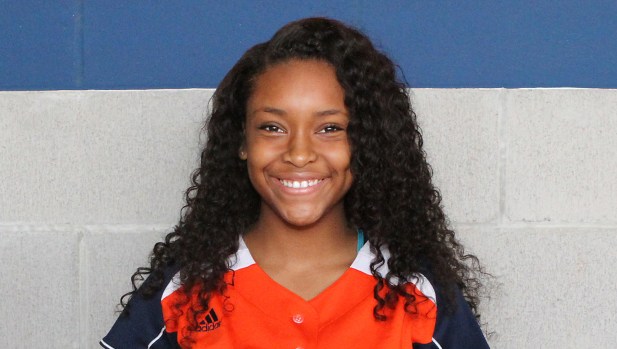 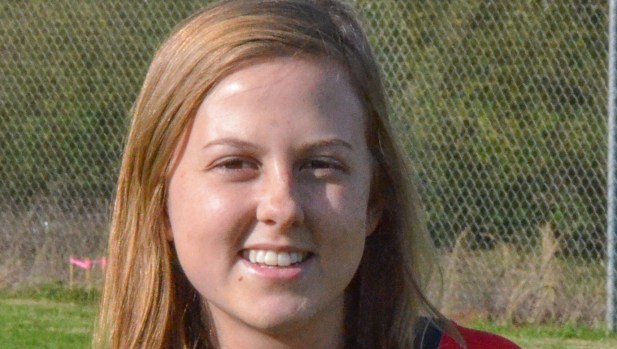 Hannah Calhoun came to Goshen High School at the beginning of her freshman year. With two years under her belt, she has quickly become one of the more impactful players in the area.

For her efforts she has been named the Troy Messenger’s All-Area Player of the Year.

“It mean’s a lot,” Calhoun said. “I have been working extremely hard. I hope next year I can do a lot better; I struggled a little bit this year.”

Calhoun’s success is a byproduct of all the tireless work she puts into her craft day after day during the season.

“Hannah is a go-getter,” said Eagles head coach Amy Warrick. “She leads by example. Hannah is not one you have to tell to go practice. She is going to do things the right way. She works really hard on her pitching and on her hitting.”

“It’s about trying hard every chance you get,” Calhoun said. “There is always going to be someone out there that is better than you. You are never going to be the best, but you have to try your best.”

“I didn’t think about it,” Calhoun said. “I saw the ball and swung; I didn’t overthink anything. Base running is one of my favorite things. I love getting into other team’s heads.”

“She batted lead-off,” Warrick said. “She is going to make contact and stays through the ball. She has a lot of walks also; she is just a really good hitter and player.”

On the mound, Calhoun was paired up with Sydni Garrett. Calhoun finished the season with a .355 ERA and threw 128 innings and struck out 125 batters.

“I really wasn’t a dominant pitcher when I moved to Goshen, but Alli Warrick has helped me a lot and she has helped me become a good pitcher.”

Even though Calhoun has only spent two years with the Program, Warrick knew what kind of pitcher her program was acquiring.

“She has always been really energetic and full of energy and she is one of those players where if she is going to be out there then she is going to be happy,” Warrick said. “Alli (Warrick) starting working with her during her ninth grade year and she has not been one who you have to tell to go work with Alli; she wants to get better.”

Calhoun is just a rising junior, and with two more years left with the program, her hard work and dedication doesn’t seem to be going anywwhere. She will continue doing what she has been doing, while at the same time working on some new things.

“I need to hit my spots better pitching,” Calhoun said.

“Hannah is a really good spin pitcher, but we want to build a little more speed with her,” Warrick said. “We want Hannah to focus on hitting the outside of the plate more and getting that spin. Being such a perfectionist, Hannah wants to throw strikes, she needs to get the mentality of making people chase more.”

Head coach Robin Snyder helped lead the Charles Henderson Lady Trojans to their first area championship in over 10 years on his way to be named the Messenger’s All Area Coach of the Year.

“It’s a compliment to our program,” Snyder said. “It’s not about me, but the program and all that the girls have accomplished. It’s a team effort, everything we do, we do together.”

“It was a lot of fun,” Snyder said. “Winning and losing is contagious. When you lose you find ways to lose and win you find ways to win. We came from behind in Andalusia. That is a sign of a good team.”

The Trojans will lose just one senior heading into next year, and Snyder is confident his team can carry over the success.

“We have to continue to work hard,” Snyder said.

“We have them going in the right direction. The majority of the players are coming back again. We have a lot of experience coming back. Hopefully they will take what we have learned from this season.”