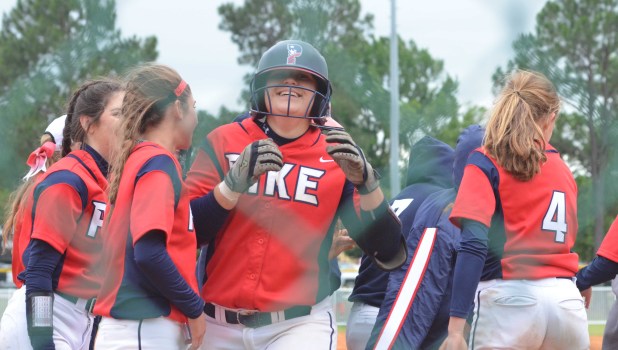 The Pike Patriots had a very successful school year, both in the gym and on the field. The varsity baseball team led the way for the Patriots during the school year. They advanced to their first state championship since winning it all in 2012, while the football team, both the boy’s and girls’ basketball programs and the softball team all made the post season. 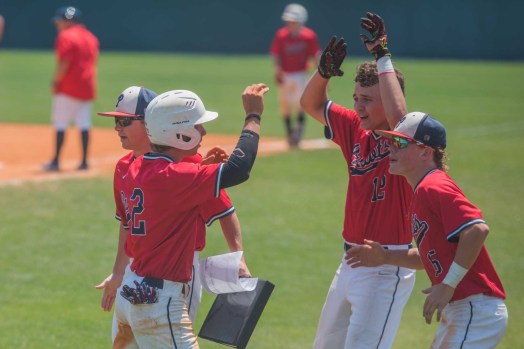 The Pike Patriots had a very successful school year, both in the gym and on the field. The varsity baseball team led the way for the Patriots during the school year. They advanced to their first state championship since winning it all in 2012, while the football team, both the boy’s and girls’ basketball programs and the softball team all made the post season.

The Pike Liberal Arts school year ended with a bang for Pike Athletics when the baseball program made it to Montgomery for the state championship.

In all, Pike had five teams advance to the postseason during the 2016-2017 academic year highlighted by a Patriot baseball team that finished with a 29-9 record and made it to Montgomery’s famed Paterson Field to play Glenwood in the state championship.

“This group has been such a pleasure to coach,” Ponder said. “They battled through adversity all season long. We have a relatively young team; we had a group of sophomores that stepped up and did a great job. We had a great group of seniors that helped lead those guys.”

The Patriots won their region championship, earning themselves a first round bye in the state playoffs. The Patriots swept both Lee-Scott and Morgan on their way to Montgomery. The Patriots defeated the Gators in game one of the three-game series before dropping the final two to give the Gators their 22nd state title.

“I have to give Glenwood all the credit,” Ponder said after the game. “Glenwood has been known all year for putting pressure on the defense; they make you make plays and they did that today.”

In the fall, the Patriots football team made it back to the postseason. The Patriots under head coach Gene Allen finished the season with a 6-5 record.

“It was a good year for the kids,” said head coach Gene Allen. “We got beat by two good teams in Monroe and Autauga and we thought we should have won a couple other games. The kids played hard and I am proud of the kids that we have.”

The Patriots shot out of the gates with three straight wins against Clark Prep, Abbeville and Fort Dale. After losing two straight to Monroe and Autauga, the Patriots closed out the year winning three of their final five games.

The Patriots closed out the regular season with a home showdown with Lee-Scott, who they would play the following week in the playoffs. The Warriors got the best of the Patriots in both games winning 28-14 and 42-0.

“This is very exciting,” Herrera said on signing day. “I am happy and I am blessed. This is a dream come true, and it’s very exciting.”

Both the Pike Liberal Arts boys and girls basketball teams advanced to postseason play in 2016-2017.

Under head coach Robert Hawkins, the Lady Patriots finished the season with a 12-9 record and a trip to Montgomery for the state tournament. The Patriots fell in the tournament to Lee-Scott 47-25 to end the season. At the end of the season, the Patriots said good bye to three seniors in Lauren Johnson, Susie Stell and Danielle Brown.

“I have been coaching the three seniors for three years,” Hawkins said. “They have always been respectful and have done what I asked. They are a great bunch of girls to be around.”

During the season, Johnson earned her 1,000th point while a member of the Patriots and later signed with Huntingdon

Like the Lady Patriots, the boy’s basketball team also made it to Montgomery last season. The Patriots finished the season with a 10-12 record, but were able to advance to the Elite 8 and Allen Ponder, the head basketball coach believes the foundation for future success has been laid.

“I think they are tired of losing when the come to the Elite 8,” Ponder said. “They are ready to get over the hump and get to the Final Four. We are excited about the potential that we have coming back next year.”

The Patriots began the day with a 7-3 loss to Lee-Scott and their season came to a close later that afternoon when they fell to Hooper 8-6. In game two, the Patriots hit three homeruns including two by Morgan Bundy.

Last but not least, Susie Stell wrapped up her Patriots career when they secured her fourth straight golf state tile. Stell will attend Faulkner University in the fall on a golf scholarship.