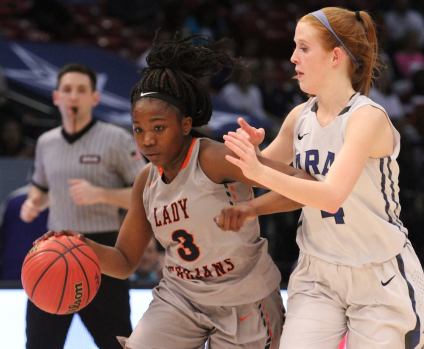 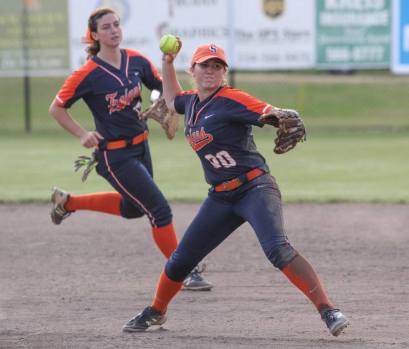 Charles Henderson had six teams make runs in their respective playoffs in what was a fine athletic school year for the Trojans.

It wasn’t only the Trojan teams that had success during the 2016-2017 school year, but there were plenty of student athletes that had individual success as well.

A total of nine Trojans signed on to play at the next level.

On the football field, the Trojan football team wrapped up the 2017 season with a 7-4 record and advanced to the postseason, where they ultimately fell to St. Paul’s in the opening round of the Class 5A state playoffs.

The Trojans began the season with two losses to UMS Wright and Carroll while allowing a total of 66 points in the contest.

Early in week two, head coach Brad McCoy made a switch at quarterback and went with DQ Toney. From there, the Trojans won seven out of their last eight games, including a win over 6A Stanhope Elmore coached by former Trojans coach Mike Dean.

On the basketball court, the Lady Trojans dominated the scene for the second straight season by making back to Birmingham.

The Trojans finished the season with a 30-6 overall record and spent most of the season ranked in the top three in the state.

After winning their area title, the Trojans made the trip to Dothan to take on Eufaula with the chance to head to the Final Four in Birmingham on the line. The Trojans defeated the Rams in dramatic fashion that included a game-winning shot and block by Maori Davenport.

The Lady Trojans headed up to Birmingham to play Arab in the final four. The Trojans got 34 points from freshman Niaira Jones and 23 points from Davenport on their way to a 70-53 win, sending them to their first-ever state championship.

Despite coming up short to Wenonah 55-52, the Trojans received a record breaking performance by Davenport who had a double-double that consisted of 20 points, 25 rebounds and a state-record 19 blocked shots.

“It was a great game, and I’m proud of my girls,” said head coach Dyneshia Jones after the game. “We fought to the end, no regrets, no regrets all. Maori fought hard. She wanted it just as bad as anybody else. She played her behind off.”

Shelby Tuck had a lot of success with the middle school program, before being called up to be the varsity head coach for the 2017 season.

The boys’ team stayed around the .500 mark throughout the season and finished with a 12-10 record.

On the baseball diamond, the Trojans were under the tutelage of first-year head coach Josey Shannon. Interim head coach William Teal left the program after the 2016 season, opening the door for Shannon.

The Trojans entered the season with 11 seniors on the roster hungry to end their career on a high note.

The Trojans got a slow start, dropping seven of their first 10 games against high-caliber teams. The Trojans had 16 teams on their schedule make it to the postseason.

“It was tough on the players,” Shannon said. “People in the community start talking and wondering ‘Who did they hire?’ It was for me to keep saying we will be fine. The hard part was keeping the kids believing that we were doing alright.”

The Trojans rebounded and won 15 out of their last 16 games to close out the season.

The Trojans swept Dallas County in the opening round of the state playoffs and  swept Valley in the second, sending them to the state quarterfinals against Faith Academy.

The Trojans allowed 28 runs over the two games and fell to the Rams to end the season.

The Trojans did not only have success on the field, but off it as well as Bryson Gandy, Hunter Reeves, Jabronski Williams, Jackson Murphy, Carson Tucker and Graham Wilkes all signed college scholarships.

The Lady Trojan softball team also had a run at success in 2017. The Trojans won their first area championship in many years and advanced to the South Regional in Gulf Shores. After starting day one of the tournament 1-1 with a loss to Eufaula and a win against Citronelle, the Trojans had their season come to a close when they fell to Jackson 3-1.