Next chapter: Wilks closes out Goshen career at graduation 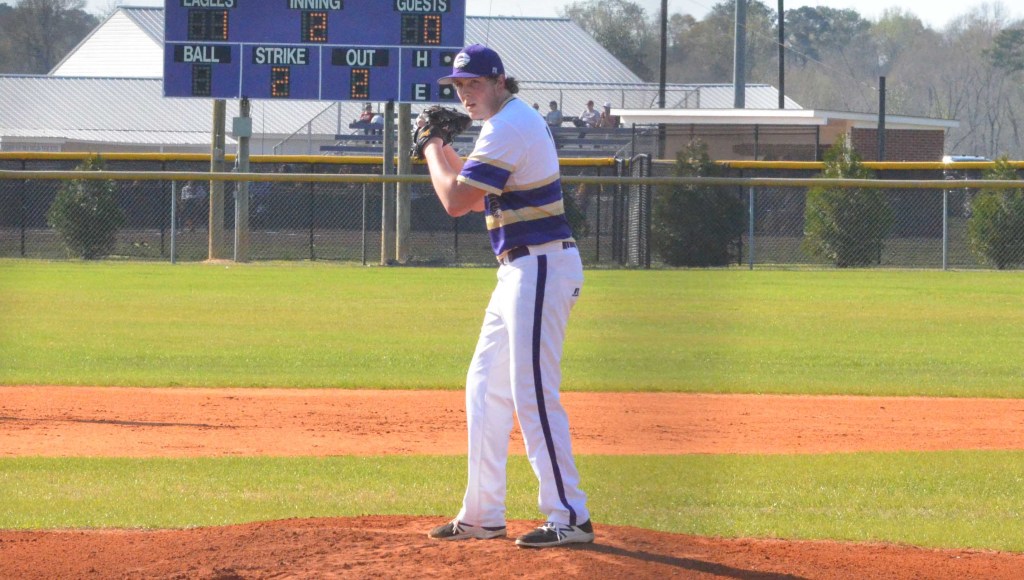 Landon Wilks spent four years as a varsity baseball player for the Goshen Eagles. On Thursday evening his high school career came to an end at graduation.

Over his four years at Goshen, Wilks excelled on the mound for the Eagles before becoming one of the top pitchers in the area. During the successful stint Wilks had nothing but fun.

“It was a lot of fun throughout the years,” Wilks said. “I really enjoyed playing baseball and the one year I played football was really fun.”

After growing up playing baseball, Wilks decided to give football a chance during his senior year.

“It was a good experience because baseball is what I grew up doing,” Wilks said. “I realized football was a lot of fun too.”

At the end of they day Wilks is an athlete. The recent graduate loves the competitive side that sports offer and loves the challenges that come along with it.

“It’s the competitive atmosphere and being out there with your friends and the people you have known for your whole life and be able to compete with them,” Wilks said.

It’s no secret that Wilks had the most success on the baseball diamond and with success comes fun. In his first ever varsity start as a freshman, Wilks took care of business and he has been hooked ever since.

“I feel like throughout my career I did well,” Wilks said. “I realized that there wasn’t anything I couldn’t do if I concentrate throughout the game and keep your mechanics right.”

After having success as a freshman and sophomore, things really kicked into gear for Wilks as a junior when he began to understand the basic mechanics of pitching.

Wilks was able to learn and take advice from Eagles head coach Robby Kinsaul throughout all four years of his career.

Following his high school career, Wilks has a strong desire to stay close to home and attend college. He plans on attending Wallace Community in Dothan where he plans on trying out for the baseball team.

“There is going to be a lot of work involved just to make sure that I don’t slack off” Wilks said.