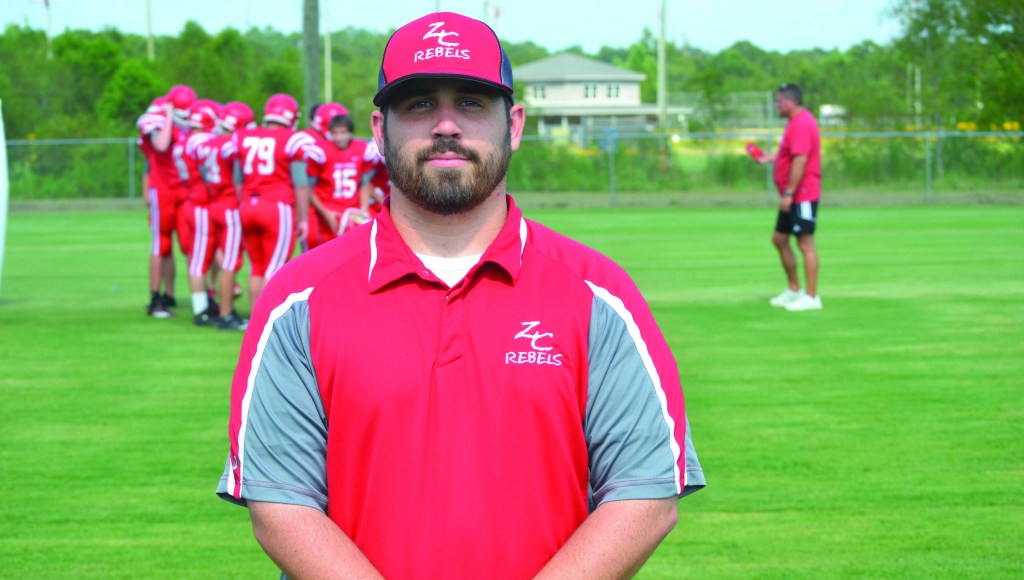 Messenger Photo/Mike Hensley After five years as an assitant coach at Zion Chapel, Jared Robinson has promoted to head coach of the Rebels.

Robison has helped coached the Rebels for five seasons.

“The job came open and I have really fallen in love with this community,” Robison said. “I saw a need for consistency, and I want the program that I invested all this time in to take the next step. I am super excited to take this step and I am excited that it’s at Zion Chapel.”

In Robison’s five years, he has coached under three head coaches. Each one had a signature offense. Robison hopes to take what he has learned to make a blueprint for his offense.

“We want to be able to change it up and give people different looks so we are not stagnant on offense.”

On the defensive side of the ball, the Rebels want to be aggressive and versatile.

“We want to be aggressive and that doesn’t mean we are going to press all the time, but whatever we do I want us to be versatile in our approach,” Robison said. “I want to play multiple defenses so we can adapt each game and apply pressure when we want to. We want to play aggressive and not let our opponents set the pace.”

Robison understands the returning talent. Both Robison and his players know what to expect out of one another.

With that knowledge Robison believes they have an added advantage

“They know me and we can pretty much hit the ground running with a lot of consistency and that gives us a step ahead. We have some groundwork that we can build on.”

The Rebels will begin summer workouts over the next couple weeks.

“Everyday we have workouts scheduled and we will have practice afterwards,” Robison said. “We are going to focus on fundamentals and doing things the right way. If we do the small things the right way, they lead to big things. You learn to be a complete player.”

The Rebels will close out the summer with a trip to Auburn for the Bruce Pearl Camp.

“We are going to have six games there,” Robison said. “That will be a great way to see where we are as we end the summer.”