Role model: Hussey leaves his mark as a leader at Pike Liberal Arts 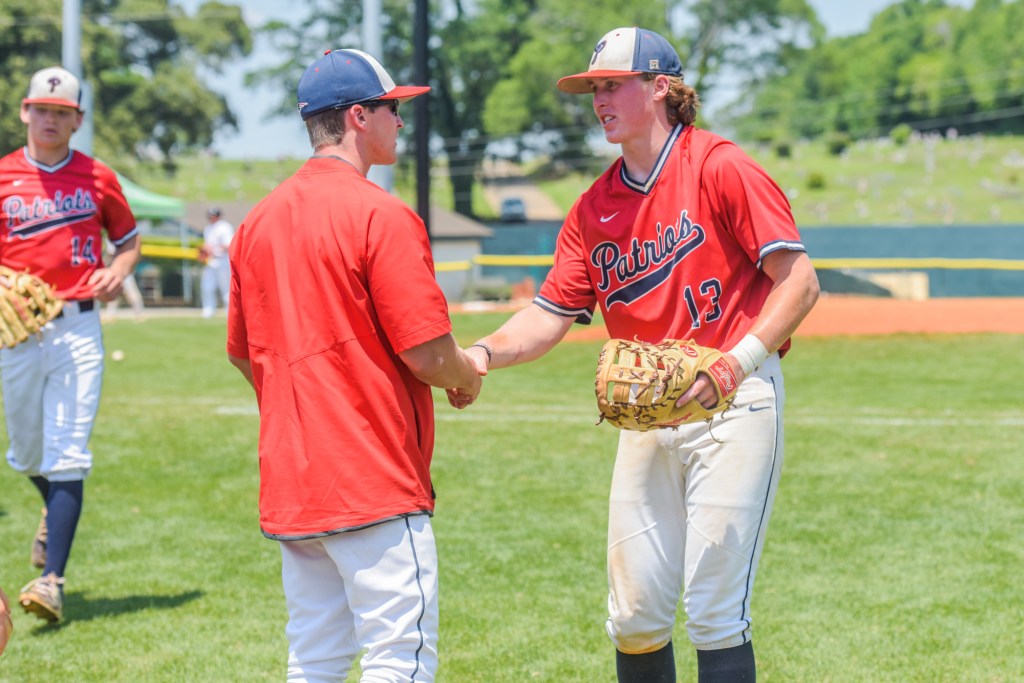 Photo/Jonah Enfinger Pike Patriot Tyler Hussey was a two-sport athlete at Pike Liberal Arts. During his time on the baseball and football field, Hussey was looked at as leader.

Tyler Hussey excelled in both football and baseball as a member of the Patriots. Last Thursday his time at Pike came to an end at graduation.

“It doesn’t even seem like it’s over yet,” Hussey said. “I haven’t grasped it yet, but I am super excited for college.”

After coming to Pike in the fourth grade, Hussey has made life long relationships with his fellow players and classmates. Many of those relationships were forged on the football and baseball fields.

“I had a blast,” Hussey said. “Since I was in the seventh-grade I looked up to my ninth-graders and continued that until they graduated. They taught me a lot.”

Hussey played under coaches who helped shape him into the student athlete that he has become.

“I played under Coach Butch (Austin) for just one year, but he taught me a lot that will carry me through life,” Hussey said. “Coach (Allen) Ponder came in during my sophomore year and he really helped me out with a lot of things dealing with life and baseball. Coach (Gene) Allen is my hero. He knows when to have fun and when to be serious. I feel like I have learned that from him.”

Hussey closed out his senior year with the Patriot football team as the leading tackler. On the baseball diamond, Hussey played in 37 games and hit .284 with 15 RBIs and 16 runs scored and helped lead the Patriots to their first championship appearance since 2012.

“I am going to remember me helping my team get back on track,” Hussey said. “We haven’t won a championship since 2012 and my whole career has been about getting back to Patterson Field and finishing the job. We didn’t finish it how we wanted to, but we finished where we wanted to.”

Like the older classmates before him, Hussey has been looked upon as a leader for the Patriots both in the classroom and on the field. It’s a responsibility that the recent graduate took seriously.

Hussey made all A’s throughout all 12 years of schooling thanks to a bribe from his grandmother and encouragement from his parents.

It was his dedication leadership and hard work in sports that helped him in the classroom.

“Coach always said if you have bad grades you can’t play. Being a leader in athletics I think helped me be a leader in the classroom as well,” Hussey said. “I tutored some of the guys and helped them out.”

Despite his very successful career at Pike, Hussey wants to focus on his education when he attends Troy University in the fall. He eventually wants to head to Auburn to study engineering.

“I had a few looks, but I had so much fun in high school and I heard in college it’s like a job,” Hussey said. “I don’t want my vision of the sport to be ruined by it being a job.”