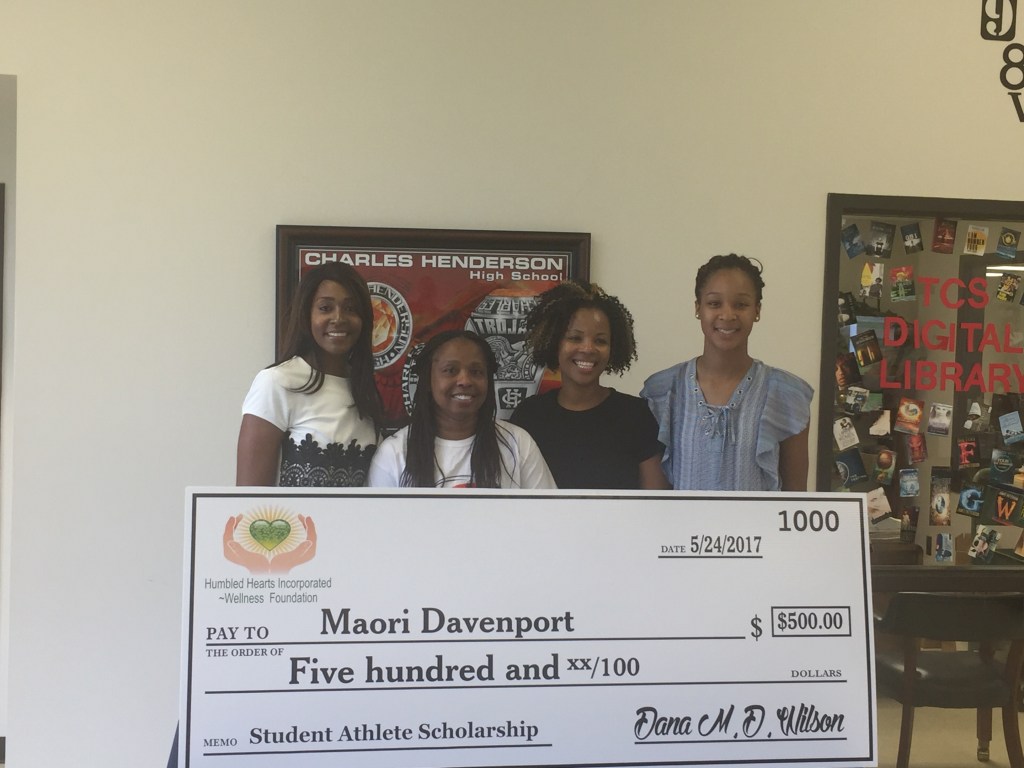 Charles Henderson rising junior Maori Davenport was the recipient of the $500 Scholar Athlete Scholarship from Humbled Hearts Incorporated on Wednesday.

The award is giving to an athlete who stands out in athletics while also in the classroom.

“With being an athlete, it’s a life that many people don’t understand,” said Dana Wilson of Humbled Hearts. “When I developed this organization, I talked to my husband about having this scholarship because we were both athletes and we were good students. It’s a life that many people think is a wonderful world. They don’t see the stresses and the staying up late studying for tests.”

Due to her strong performance on the court and in the classroom, Davenport won the award.

“She embodies what an athlete is,” Wilson said. “Alabama is one of the top five states in childhood obesity. You look at her and she is the picture of health. We would like to see students and adults workout and eat right.”

Davenport didn’t have very long to process that she won the award. She was made award late the night before. She believes hard work is very important when it comes to achieving in the classroom.

Davenport and the Trojans had a season to remember in 2017. The Trojans made it back to Birmingham where they advanced to the Class 5A state championship game. The Trojans fell to Wenonah, but Davenport finished her season with a record breaking triple double that consisted of 20 points, 25 rebounds and a record setting 19 blocked shots.

Between her performance on the court and in the classroom, it was a fun year for Davenport.

“It was special,” Davenport said. “In academics I have never gotten anything like this before.”

Davenport will spend the rest of the summer playing summer ball and she hopes this award will motivate her to keep getting better.

“I am going to continue to work even harder than I have ever worked before,” Davenport said. “I worked out so hard yesterday I thought I was going to die, but it’s all worth it.”