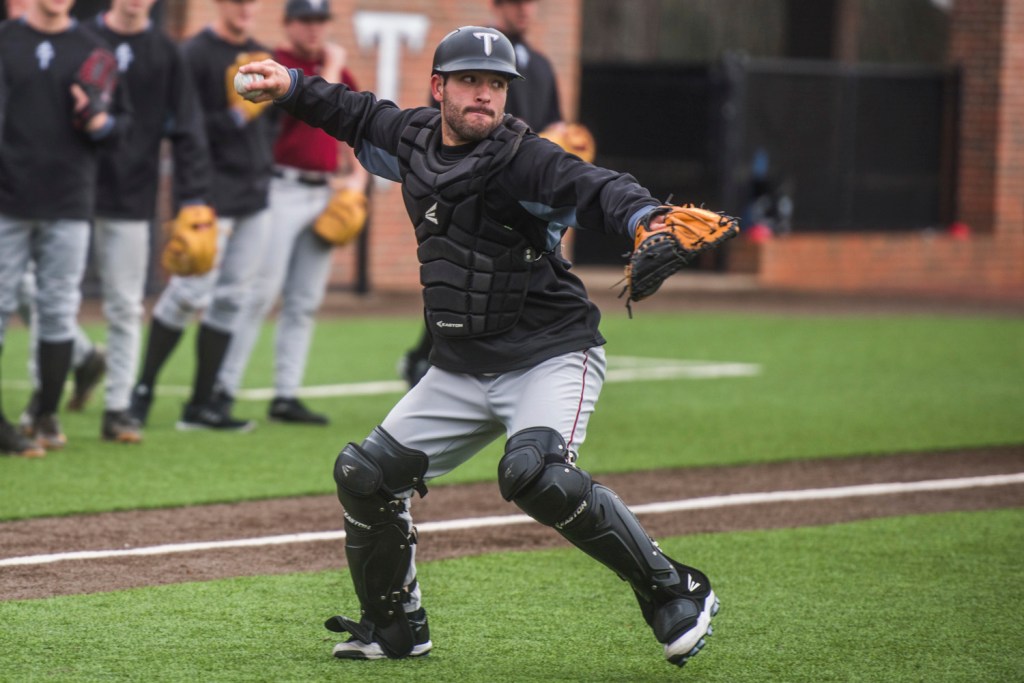 Photo/Jonah Enfinger Chase Smartt and the Troy Trojans are set to begin play in the Sun Belt Conference Tournament on Wednesday morning to take on South Alabama.

With the regular season now at a close, the Troy Trojans turn their sights to the Sun Belt Conference Tournament in Statesboro.

The Trojans finished the regular season with an overall record of 31-24 and a conference mark of 16-14 giving them the sixth seed in the upcoming tournament.

“One of the messages you give to your team is that everyone is 0-0,” said Trojans head coach Mark Smartt. “We have a great opportunity in front of us and if we play well, manage the game properly and execute we will have as good a chance as anybody. It’s a great opportunity for our team to play their best over a few days and have a chance to do something special.”

The Trojans will see a familiar face on the other side of the diamond in the third-seeded South Alabama Jaguars. The two teams just wrapped up a three-game series in Mobile over the weekend. The Jaguars defeated the Trojans in two out of the three contests. The two teams also met in a non-conference game early in the year at the Cox Diamond Invitational in Pensacola, where the Jaguars also got the win.

“They are a really good team,” Smartt said. “The numbers suggest they have the best offense in the league. I kind of like the idea of playing them again. We are very familiar with them, so there isn’t a lot of opponent preparation. The familiarity I think makes it a more comfortable opening round opponent.”

The Jaguars finished the regular season 22-8 in the conference and 36-19 overall. They finished in second place in the Sun Belt Conference East Division.

“We will have to play really well to beat a good South Alabama team,” Smartt said.

Andrew Crane, the Sun Belt Conference Newcomer of the Year, will take his 39.2-innings scoreless streak to the mound as the Trojans starter in game one.

“The thing that has been so remarkable to me inside the streak is our team has responded. They have played more inspired when he is on the mound,” Smartt said. “He has raised our level of performance as a team– that is hard to do.

Crane pitched three innings in Thursday’s win over the Jaguars.

“He threw three scoreless innings at South Alabama last Thursday,” Smartt said. “That was a predetermined outing. We were going to take him out after three innings regardless. They are familiar with him, so he will have to pitch awfully well on Wednesday.”

The Trojans have scored 308 runs compared to 456 by South Alabama, but since the beginning of May the Trojans have averaged nearly eight runs per game.

“I thought we swung the bats well in Mobile,” Smartt said. “I thought we did some things well offensively. We hit the ball out of the ballpark more than we have all year in a weekend series. We had some power, but we are not going to be that team. We are going to have to put pressure on and try to run.”

Both the Jaguars and the Trojans will have to take on the challenge of starting their game at 9 a.m. local time, 8 a.m. central time.

“That is maybe the biggest challenge for both teams,” Smartt said. “All I can say is that we started to prepare about two weeks ago when it looked like we could be in this game. We got up earlier and started doing some things in the mornings.”