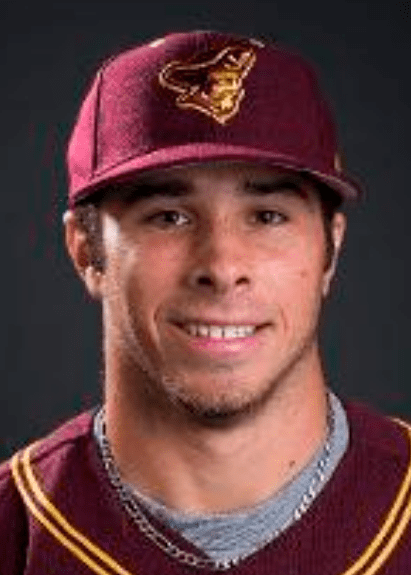 submitted Photo Will Austin will take over as head coach of the Pike Liberal Arts junior varsity baseball team.

There will a familiar name in the Pike dugout in 2018 as Will Austin has been named the newest Pike Liberal Arts junior varsity head baseball coach.

Austin is the grandson of legendary Patriot head coach Butch Austin who spent 21 years in the Pike dugout and racked up 422 and one the state championship in 2012.

Austin will take over the head coach position that was previously held by Jonathan Valdez.

“I am really excited and I know this is a great opportunity,” Austin said. “I know that Pike has a great history in baseball and I am just excited to be a part of it. It was a chance to get back to family and be a great opportunity to work with a good group of athletes.”

Austin comes to Troy after being the head coach of the JV program at Savannah Christian Preparatory School as well as being an assistant for the varsity program. After completing high school at Savannah Christian, Austin played baseball at Southern Union State Community College as well as Armstrong State University in Savannah.

Austin’s JV squad will be playing for the state championship on Wednesday.

The Patriots have had success in baseball at all levels over the past few seasons and coach Austin hopes to express the importance of fundamentals to his new crop of players.

“I want to teach the fundamentals of the game,” Austin said. “I want to build on what is already accomplished. I know that it’s a great program and I am looking forward to contributing where I can.

Austin’s grandfather Butch Austin racked up 422 wins over his 21 years as head coach and one the state championship in 2012.

“My granddad has had a great impact on me,” Austin said. “He has taught me a lot on the field as well as off the field. I think that will help my coaching career in becoming the best coach that I can be.”