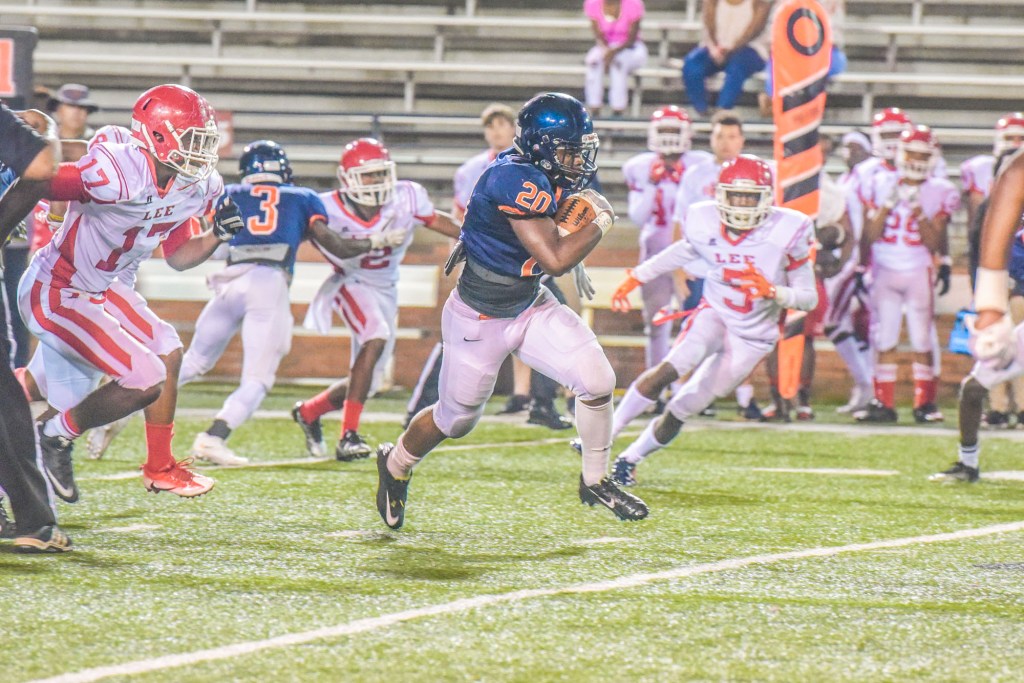 The Charles Henderson Trojans wrapped up their spring schedule with a 14-12 win over Robert Lee.

With the spring schedule now completed for the Charles Henderson football team, head coach Brad McCoy has a better understanding of the younger players in his program.

The Trojans wrapped up their two-week long spring schedule with a comeback win over Robert E. Lee at Veterans Memorial Stadium.

“We ended things on a high note,” McCoy said. “We had a good spring classic and had a lot of good football games that were played. I was overall really pleased with the spring this season.”

Due to many of the other spring sports still competing, the Trojans had many players miss practice, meaning a lot of the rising freshman walk-on players got meaningful time on the field.

“The majority of our spring training was with rising freshman and walk-ons that did not play last year,” McCoy said. “The majority of my guys that are returning from last year only got two days of practice. For them to go out and compete in a ball game is really amazing.  I think it shows our depth and, as coaches, we believe it will pay dividends this year.”

The success of the camp that heavily featured the young players on the roster could lead to McCoy changing the format of spring practice in the coming years.

“With all the older guys gone, the younger guys were getting all the reps,” McCoy said. “We have 92 guys on the roster this spring. They got reps they otherwise wouldn’t have gotten with everybody else there.

“I believe that the first week with the young ones, may be something I consider doing from this point forward. Maybe breaking up the rising freshman and walk on guys and doing something with them separate until the older guys join the camp.”

Even though the Trojans 14-12 win over Robert Lee doesn’t mean anything in the grand scheme of things, it was a nice finish to spring camp.

“It helps our morale and mindset knowing that all the work they have put in since January in the weight room and in meetings; I think they saw it pay off,” McCoy said. “Sometimes kids question why are working so much. I think this showed them that they can compete against teams at a high level. We woke up and played football in the second half. We didn’t panic, even though we were down by two scores.”

The Trojans will take the next two weeks off before beginning summer workouts on June 5.