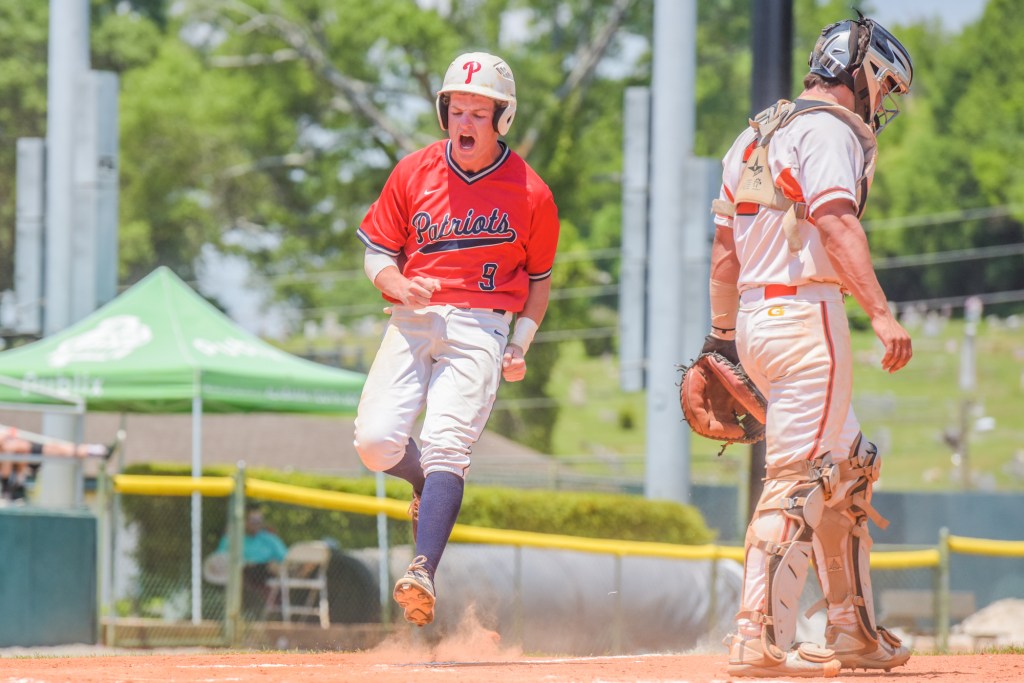 Messenger Photo/jonah enfinger Reed Jinright, Wood Jinright (above), Hunter Jones and Reece Burbage have been selected to take part in the AISA All-Star game on June 6.

Four members of the state runner up Pike Patriots will be heading to Montgomery to take part in the AISA All-Star Festivities.

“It’s exciting,” said Patriots head coach Allen Ponder. “It’s nice to see your kids rewarded for a good year. I am very proud of each one of them.”

For Burbage and Jones, who are both seniors, the all-star festivities will be a fitting conclusion to their Patriot careers.

Burbage only spent one year wearing the red, white and blue for the Patriots, but he made every bit of it count. The senior led the Patriots in innings pitched after logging 64.2 innings while striking out 91 batters.

“He is a difference-maker on a baseball team,” Ponder said. “Whenever he touches the ball you feel like you have a chance to win, not only because he has good stuff, but also because he is a competitor. Whenever he gets on the mound you know what kind of effort that you’re going to get.”

Jones signed with Central midway through the 2017 season. Jones played in 33 games and hit .392 with 10 extra base hits and 30 runs scored. In the state championship series, Jones reached base in all but one of his plate appearances over the three-game series.

“Hunter is a special kid,” Ponder said. “Hunter has grown a lot and has turned into a very quality baseball player and young man. He made a huge impact on our team.”

Wood and Reed Jinright hit .242 and .350 respectively in 2017 and although they made an impact on the field, their leadership as juniors also paid huge dividends.

“Wood and Reed are two of the bigger leaders on the team,” Ponder said. “We stressed all season long about the importance of playing relaxed. Reed and Wood were a big part of that. Whenever a team would get a lead on us, they would be the ones to tell everyone to relax. That made a huge impact this year.”

Wood and Reed Jinright will play for the junior game at 4 p.m., while Jones and Burbage will play in the senior game beginning at 7 p.m.

“This is their chance to relax and play the game,” Ponder said. “All-star games are supposed to be nothing but fun. It’s their chance to have fun and interact with kids from other schools and make new friends who you may see at the next level.”