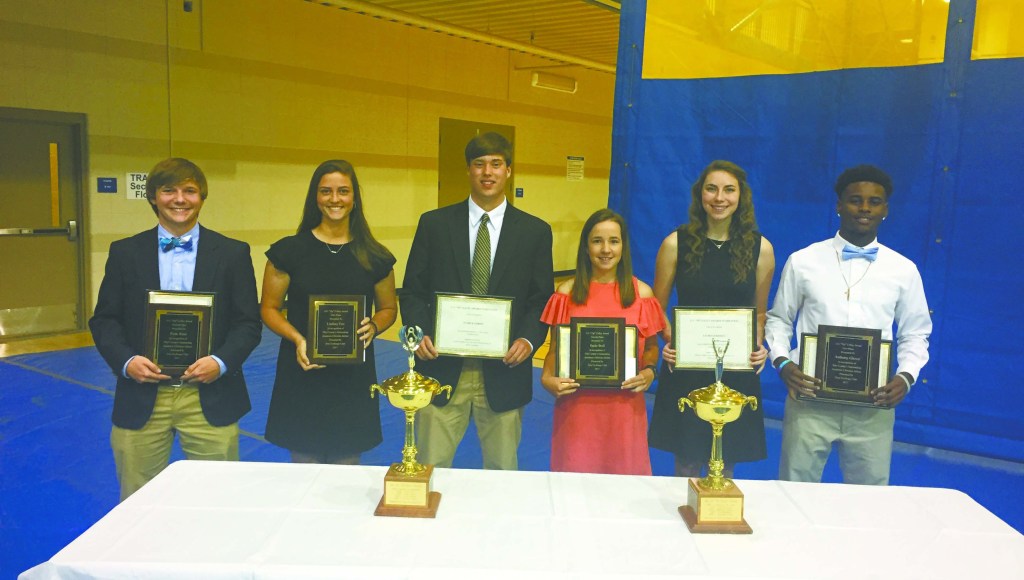 Thirteen seniors from the Pike County area were nominated for the prestigious scholarship, which recognizes seniors who have excelled in their walk of faith, academics, athletics and community service. The award also the late Dr. Tip Colley, a local physician, civic leader and businessman.

Glover and Fox, each received a $1,500 scholarship.

“I am very surprised,” Glover said. “I was sitting there with my heart pumping. I heard all the accomplishments from the other people, so it was steep competition.”

“It’s nice knowing that if you keep God first, everything will pay off,” Fox said. “To be a student athlete is hard, being a Christian is hard too. To get a reward is a blessing.”

Scholarships were also handed out to the male and female runners-up. Susie Stell of Pike Liberal Arts and Evan Rose of Goshen were rewarded $500 scholarships.

Two Pike Liberal Arts students – in Lauren Johnson and Patrick O’Brian – were named second-runners up and won a $250 scholarship each.

“It’s very satisfying,” Glover said. “You put so much time in to everything, you don’t have time for anything else. You appreciate it more.”

“It’s great that it pays off,” Fox said. “You don’t do it to get recognition, but recognition is always nice.”

Fox will be heading to Lurleen B. Wallace College where she will play softball, while Glover will make Auburn University in Montgomery home. Both student athletes plan to continue to thrive in the classroom, continue to make a difference in the community.

“I would like to challenge myself to always keep God first and always try my best and give 100 percent in everything that I do,” Glover said. “Opportunities will come.”

“I don’t ever want to be satisfied and complacent,” Fox said. “There is always room to grow in Christ, in school and in athletics.”