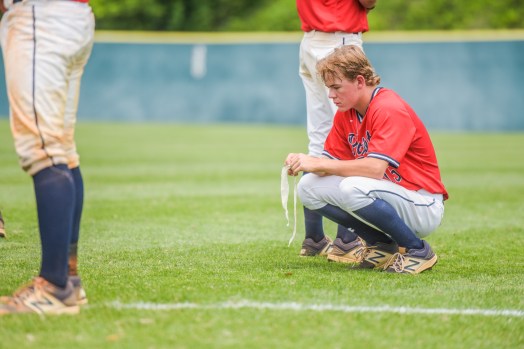 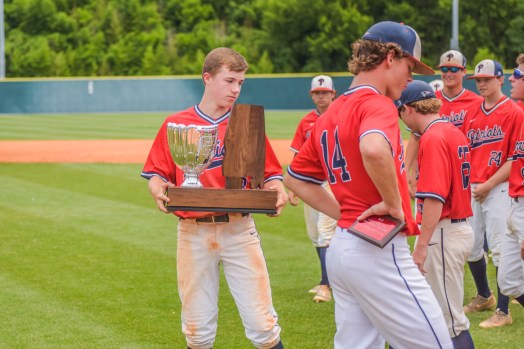 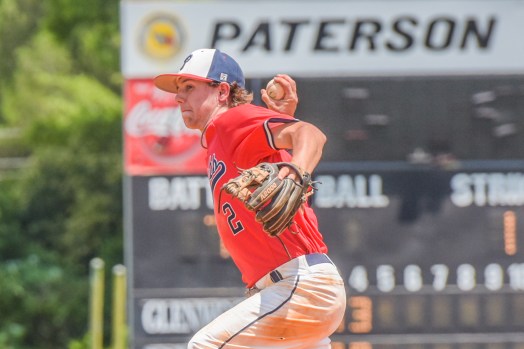 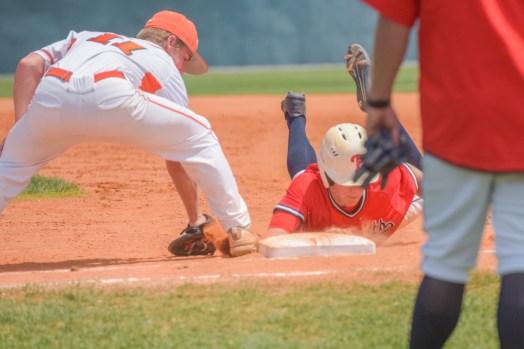 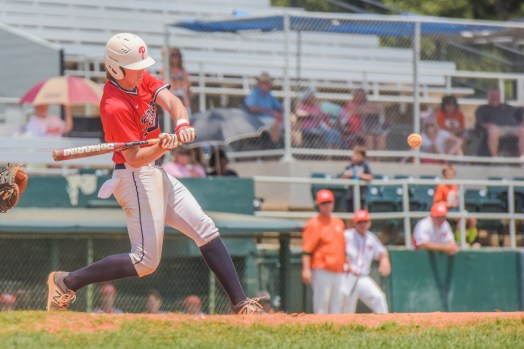 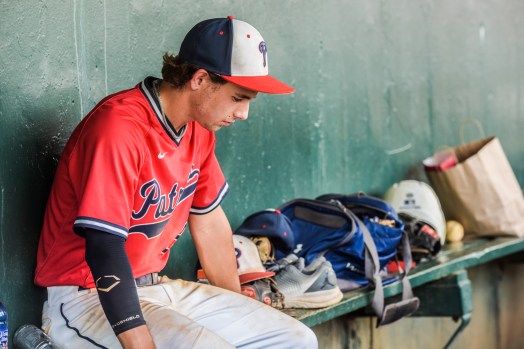 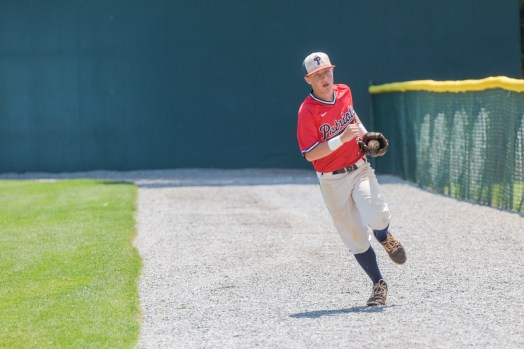 The Pike Patriots surrendered a five-run second inning and fell to the Glenwood Gators 10-0 in the decisive game three of the NAIA Class 3A state championship.

The win for the Gators gives them back-to-back state titles and 22 in their storied history.

“I have to give Glenwood all the credit,” said Patriots head coach Allen Ponder. “Glenwood has been known all year for putting pressure on the defense; they make you make plays and they did that today. I think the odds were stacked against us and we just weren’t able to overcome it.”

Jade Sikes got the call as the Patriots starter. Sikes pitched 3.1 innings and allowed seven runs on seven hits.

The Patriots were out-gunned on the mound by Gator starter Jarrett Carter who went the distance allowing just three hits and striking seven batters.

Jones led the way for the Patriots going 2-2 at the plate. The Patriots also got a hit by Reed Jinright.

After both teams went scoreless in the opening inning, the Gators broke through for five runs on three hits and two walks. After Slade James scored Chase Dennis on a single and Daniel Holley hit a sacrifice fly to score Jalen Williams, Carson Allison hit a ringing two-run triple to left center. He came around to score the final run of the inning on a wild pitch.

“We were trying to limit the damage in the inning,” Ponder said. “I give the young man (Allison) credit. I am not saying that stuck the fork in us, but that made it a lot more difficult.”

It took until the third inning for the Patriots to get a runner on third base. Jones and Reed Jinright picked up back-to-back two-out singles, but Tyler Hussey popped out to the catcher to end the threat.

Things began to get away from the Patriots in the fourth inning. Nick Adams singled to right to score James to make it 6-0 forcing Ponder to bring in Jones to pitch.

The Gators stretched their lead a little further in the top half of the seventh. Williams hit a two-run bleeding single to push the Gators lead to 10-0.

The Patriots end the season with a  29-9 record and Ponder couldn’t be happier for his seniors that helped lead the way.

“This group has been such a pleasure to coach,” Ponder said. “They battled through adversity all season long. We have a relatively young team. We had a group of sophomores that stepped up and did a great job. We had a great group of seniors that helped lead those young guys. I hate if for it to end this way, but I told the seniors you did a great job at setting the standard of where we want to be every year.”