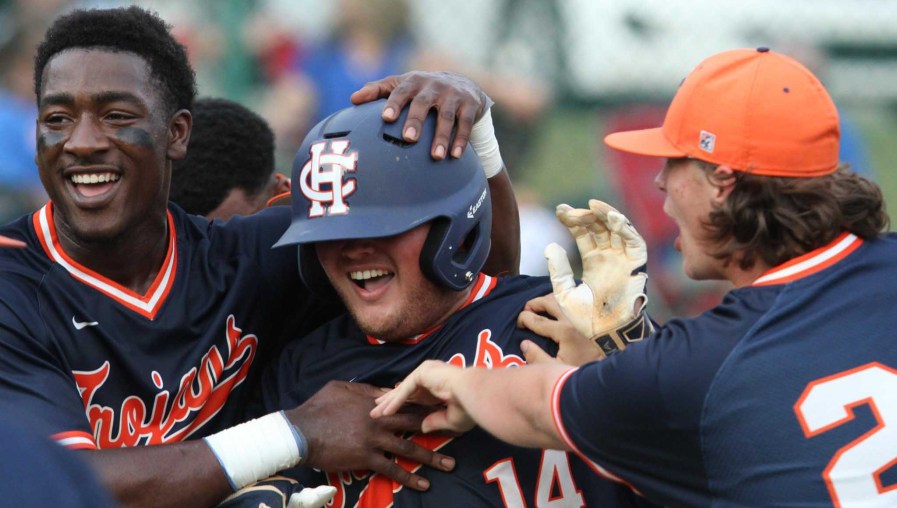 It wasn’t an easy decision for Williams but after much thought and consideration he believes he would like to pursue baseball over football.

“I am really excited and happy about my decision,” Williams said. “I thought it would be better for my career, and I believe it will help me as an individual. I feel like I could go far in baseball.”

Williams has always had a passion for football, but after signing to play at Faulkner, he started to doubt his decision. He believes he has an easier career path playing baseball where he hopes to one-day get a scholarship on the Division-I level.

“I am going to start off at a two year school and hopefully transfer,” Williams said. “The ultimate goal is to get drafted and I believe if I put my mind to it I can accomplish that.”

Williams had long term goals and plans in mind while weighing the options between Wallace and Faulkner. With his exposure at the junior college level, Williams believes the path to the next level is a smoother one.

“Juco is a big deal in the baseball world,” Williams said. “I feel like I will have better exposure and be able to better myself.”

The Wallace-Selma campus was also a big sell for Williams. The beautiful campus along with strong academics helped Williams make the decision.

“I am really excited,” Williams said. “I have a great chance of playing my freshman year. The campus is really nice. It’s probably the nicest junior college in Alabama. I like how I will one on one time with my teachers.”

Williams is slated to play in the outfield once he joins the Patriots in the fall. From now until then Williams hopes to improve on his hitting.