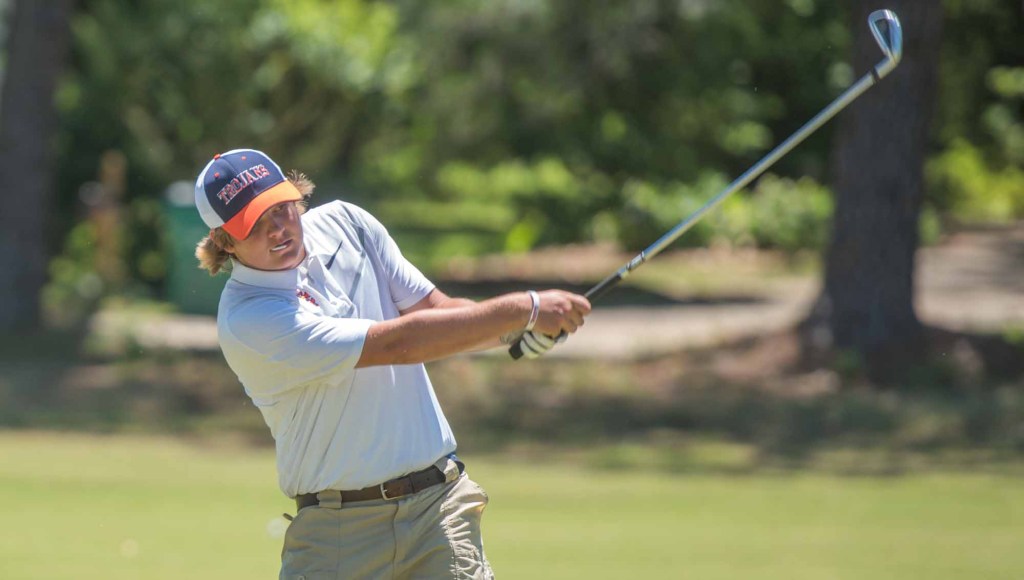 The Troy Country Clu hosted the Class 5A Sub-Regional Golf Tournament on Monday. As a team the Charles Henderson Trojans finished in fifth place, finishing with a score of 369, finishing behind Central Clay, Sylacauga, Briarwood and St. Pauls. Griffin McCrary led the Trojans with a score of 81, while Grant Baker shot a 95, Cody Paramore shot a 93 and Zack Jones shot a 100.

Six teams, including Charles Henderson, competed Monday at the Troy Country Club in the 2017 Class 5A Sub-State golf tournament.

“Anytime you get to host a state event, it’s exciting,” said head Charles Henderson head golf coach Doug Branson. “The Troy Country Club was excellent. Tony Mitchell, the club pro, made it exceptionally easy. They fed the kids and it was a class production.”

The Trojans finished with a combined score of 369, good enough for fifth place, besting Calera in the tournament and finishing behind Sylacauga (335), Central Clay County (345), second place finishers Briarwood (327) and the champion St. Paul Saints (303). The top two teams will advance to state.

“I thought our guys had a very nice showing and we played well,” Branson said. “We had a couple of guys that shot as good of a round as they have all year. Our number one Griff (Griffin McCrary) was in the running to qualify as an individual. For us to be at sub-state and compete was fun, and I was really proud of our team.”

Freshman McCrary led the Trojans by firing an 81.

“You have a young man who is learning the game and learning it right,” Branson said. “The potential is endless. The talent is there.”

Cody Paramore finished second on the team with score of 93, followed by Grant Baker who shot a 95 while Zack Jones shot an even 100.

After wrapping up his first year as head coach, Branson sees a program on the rise and can’t wait to see how much progress his program can make in the upcoming years.

“It’s really fun having young people involved,” Branson said. “We have three sophomores, a freshman and an eighth-grader. We have talked to other people and they seem to be excited and may be interested in joining and maybe we can continue to grow the program.”