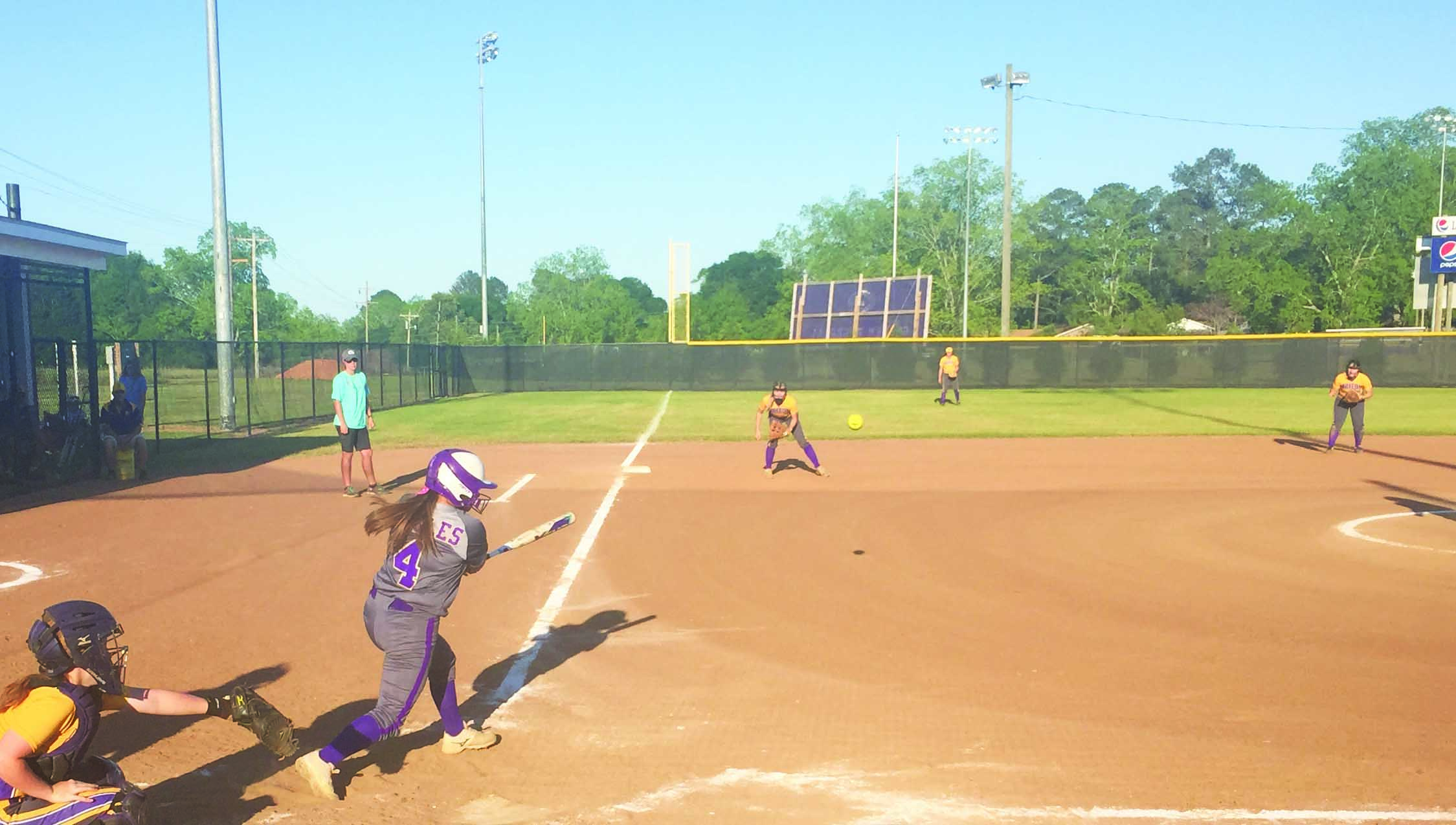 Messenger Photo/Mike Hensley
Megan Tillery smacks a base hit to left field during the Eagles game against Ariton.

The Goshen Eagles fell to the Ariton Purple Cats 18-10 in a high-scoring affair on Tuesday evening.

The Purple Cats scored in six of the seven innings on Tuesday to secure the win.

Sydni Garrett got the start for the Eagles and pitched all seven innings in the loss.

The Eagles finished with 16 hits on the night led by Hannah Calhoun who picked up five hits while Kelsey Gibson had three. Megan Tillery and Avery Henderson each had two hits, while Brooke Bennett, Garrett, Lydia Harrison and Madison Cambell each had one.

The Purple Cats ambushed Garrett in the opening inning by sending 13 batters to the plate and scoring eight runs on six hits including a bases-loaded double and a two-run double.

The Eagles responded quickly in their opening at-bat by scoring two runs to cut their deficit to six. Bennett singled in Calhoun for the run of the inning and Garrett scored the second on a wild pitch.

The Cats sent eight more batters to the plate in the second and scored three more runs on four hits and an error to increase their lead to 11-2.

The Eagles once again inched a little closer when Garrett singled in Calhoun to bring the score to 11-3 heading into the third.

After the Cats added another run in the fourth, the Eagles offense went to work, scoring six runs on six hits, including five in a row to start the inning. Henderson singled in Tillery, Calhoun singled in Harrison and Warrick hit a sacrifice fly to score Cambell. The big hit in the inning came when Gibson hit a three-run home run to right center to cut the Cats lead down to four at 13-9 heading into the fourth.

Garrett’s control on the mound escaped her in the fourth inning. The Purple Cats scored two runs on one hit, four walks and a wild pitch to give them a 15-9 lead.

After Goshen was held scoreless for the first time in the fourth, the Purple Cats added two more to increase their lead out to 17-9.

The Eagles will be back in action on Thursday when they participate in the Elba Tune Up Tournament.