Trojans set a sturdy foundation in 2017 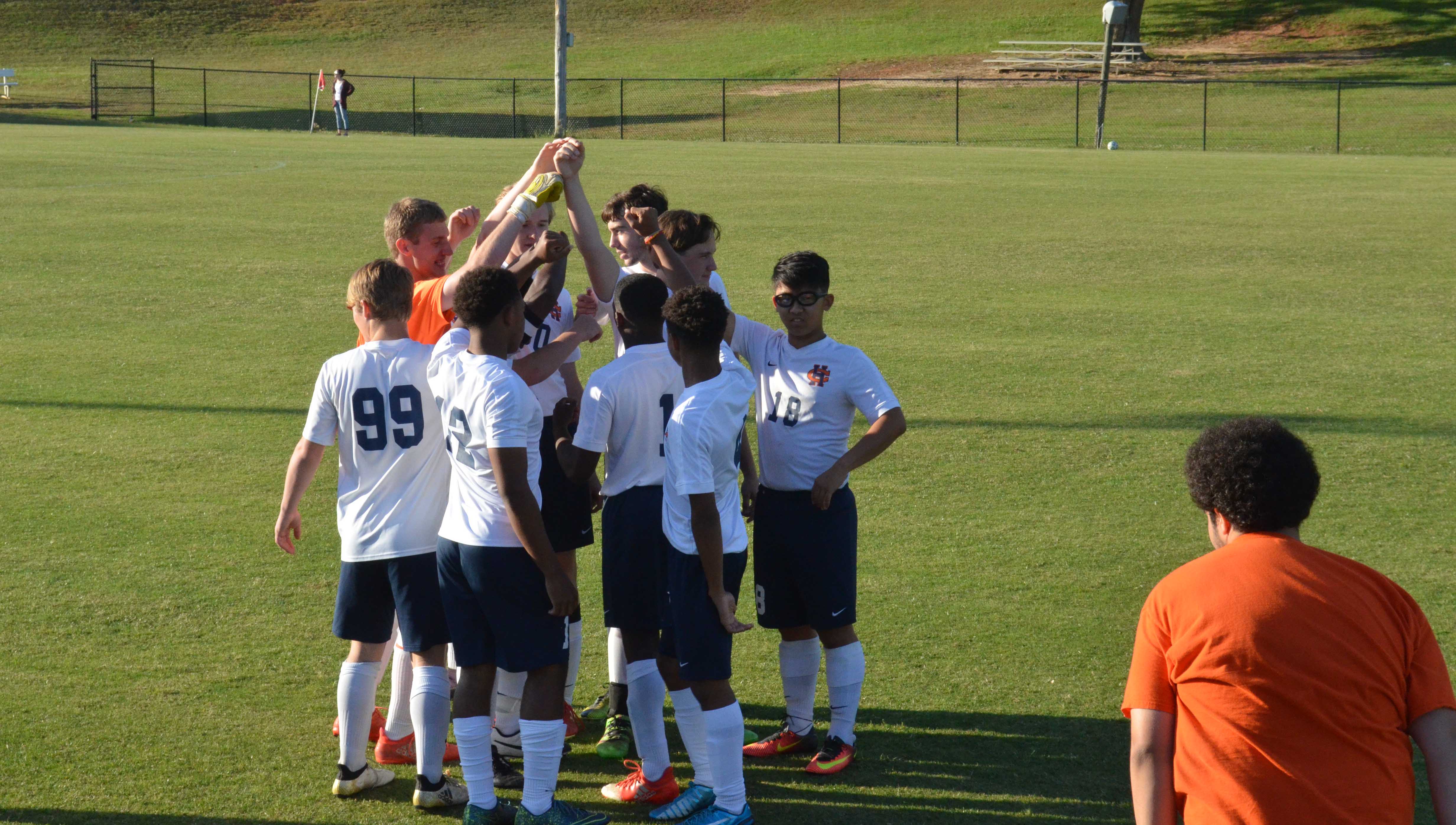 Messenger Photo/mike Hensley
The Charles Henderson Trojans break a huddle before their match with Eufaula in the 2017 season finale on Monday evening.

The Charles Henderson Trojan varsity boys soccer team concluded the 2017 season with 4-1 loss to Eufaula on Monday night. Cameron Bush scored the only goal for the Trojans.

First year head coach Roderick Vasquez took over in November and with that came a new process for his young and mostly inexperienced team.

“They work really hard,” said Vasquez. “The hard thing for them has been the language barrier, a soccer language or a soccer I.Q. We are trying to close the gap as far as when I say something do they understand it? As the year has gone on we have had good times and we have had bad times.”

This season has season growing pains for the Trojans, including playing a great half of soccer before letting the game slip away or scoring on their own goal. Vasquez believes all that is part of the process of learning to play the game the right way and that it will improve with experience.

“You have them learning how to play an actual scheme,” Vasquez said. “One of the tough things is coming from playing directly into the corner to having to pass the ball out. We are going to make a lot of mistakes in that transitional phase. I do see times when for 30 minutes I see really good soccer.”

The Trojans have come a long way since their first practice and a lot of that has to do with the play and hard work shown by the seniors Harrison Johnson, Dylan Seymore, Decklan Brooks, Adam Bensinger and Austin Carswell

“They all work really hard,” Vasquez said. “When I ask them to do something they do it. There has never been a question of if they would or not.”

It took about half the season for things to start clicking according to the first year coach and according to him the seniors had a lot to do with that.

“The nicest thing about the seniors is they aren’t afraid to ask the questions,” Vasquez said. “Once we went through it again they got it.”

Johnson started playing soccer at the varsity level in the seventh grade and he continued to learn this year as a senior.

“I love the game of soccer,” Johnson said. “I love playing the game and playing with my friends and having fun. I have learned so much over the years. It’s hard to pick out one thing, but I have learned a lot.”

For Seymore, Monday night’s game was an opportunity to look back and soak in all the memories of playing soccer at Charles Henderson.

For senior captain Brooks, soccer has been the sport he loved since the age of four.

“As soon as I touched the ball it was a wrap,” Brooks said. “From four all the way until now I have enjoyed the game. After this season I should be playing in college and I look forward to that.”