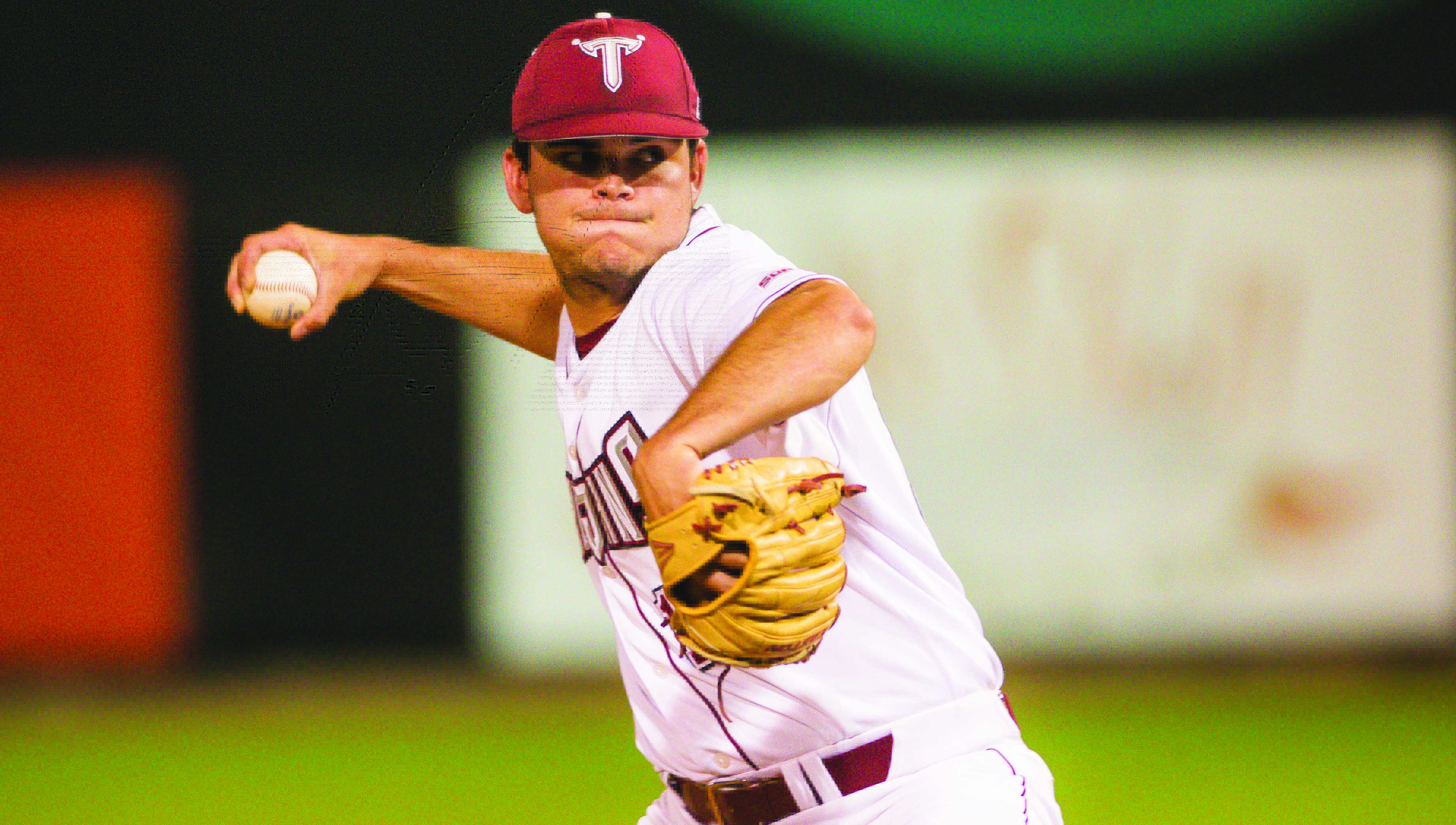 Photo/Troy Athletics
The Troy Trojans defeated the Texas State Bobcats 4-0 in game one of a three game series on Friday night.

The Troy Trojans began their three-game series with Texas State with a 4-0 win on Friday.

The Trojans finished with five hits led by Brandon Lockridge who went 2-4 with an RBI, while Justin Friend, Mason Rogers and Steven Whitaker each had one hit.

Following a walk by Matt Sanders, Lockridge gave the Trojans the early 1-0 lead after one on a triple that scored Sanders from first base. Lockridge came around to score on a RBI single to right by Justin Friend.

Trevor Davis was hit by a pitch to lead off the third inning and came around to score on a sacrifice fly by Friend to give the Trojans a 2-0 lead.

The Trojans were beneficiaries of two errors and a walk in the seventh inning and increased their lead to 4-0.

The Trojans will be back in action today when they take on the Bobcats in a double-header beginning at 3 p.m.