Time to dance: Troy draws Mississippi State in opening round of NCAA Tournament 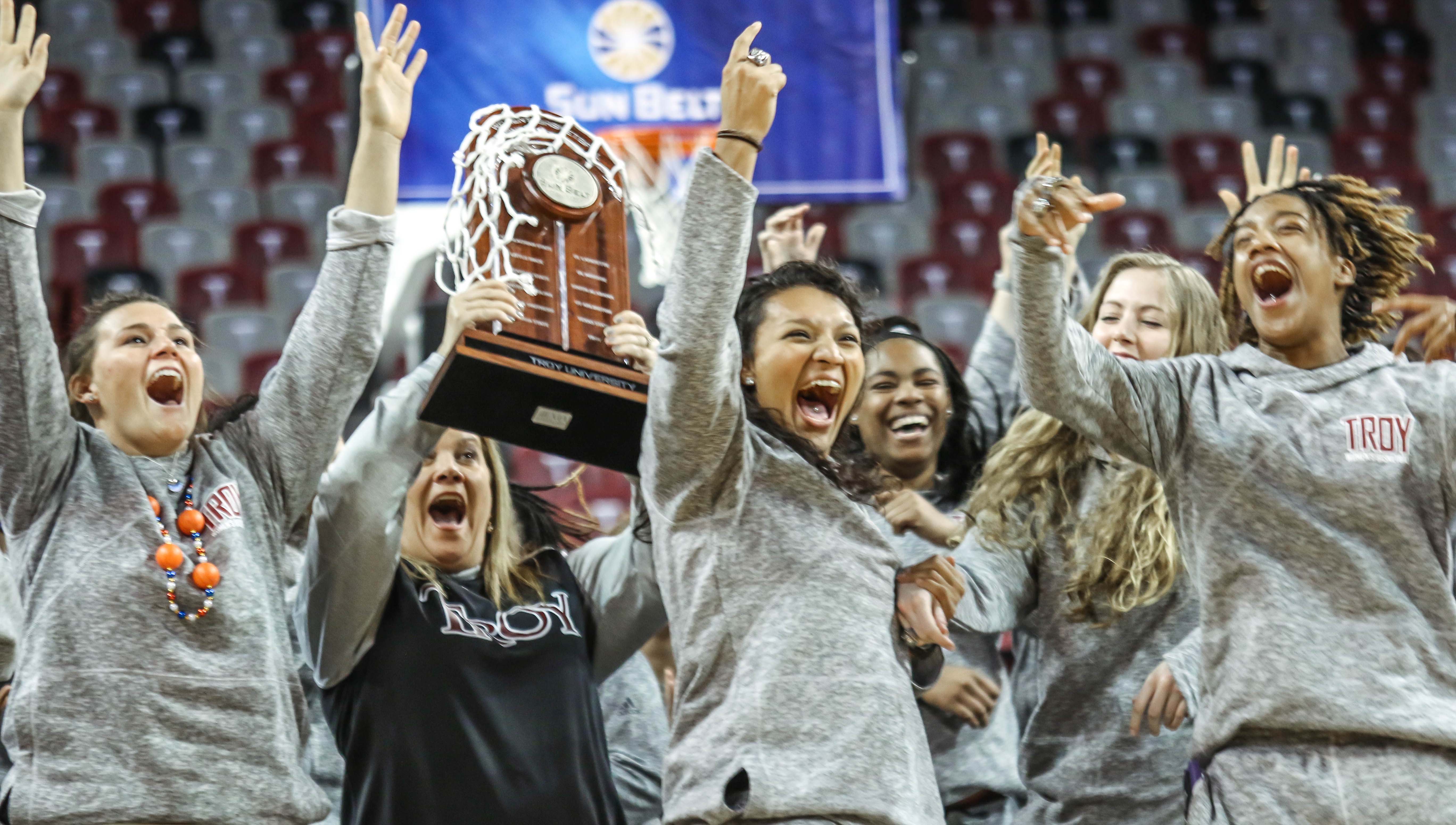 Photo/Colin Edwards
For the second consecutive season the Troy women’s basketball team will represent the Sun Belt Conference in the upcoming NCAA Tournament on Friday afternoon when they take on Mississippi State.

The Trojans are also heading to the NCAA Women’s Basketball Tournament as a 15 seed for the second year in a row, where they will take on second-seeded Mississippi State in Starkville, Mississippi.

“We are thrilled, of course, to be going to the dance,” said Troy head coach Chanda Rigby. “We drew Mississippi State and they are great team and a great program. We are coming for them and we are going to do everything we can to win this game.”

The Bulldogs come into Friday’s game with a 29-4 overall record and 14-2 conference record good enough for second place behind South Carolina.

“I have recruited some of their players and I know a little bit about them,” Rigby said. “They are a physical team and they are very balanced.”

The women, of course will not be the only team from Troy to make the trip to the NCAA Tournament. The men will travel To South Carolina to take on Duke in the opening round and according to Rigby this is an exciting time for Trojan basketball.

“Troy University is going to be on the map that day,” Rigby said. “People will see a visual representation of where this University is heading with both teams being in the tournament on each day.”

Rigby and her team will focus on their matchup before cheering on the men. The NCAA tournament is no longer new for the Patriots after they made the bracket  a year ago before falling to Oregon State in the opening round.

Caitlyn Ramirez and the Trojans plan on looking at this game in a different light than a year ago. The tournament is no longer new to them and they are ready to get the job done.

“Last year it was all about the experience,” Ramirez said. “We are back again this year and it’s time to take care of business. We need to get in the gym and practice and make shots, run the floor and do what we usually do. We will see how it goes.”

Even though the Trojans will be the heavy underdog against the Bulldogs, the Trojans are anything but intimated.