Burbage strikes out 10 batters in win over Tuscaloosa 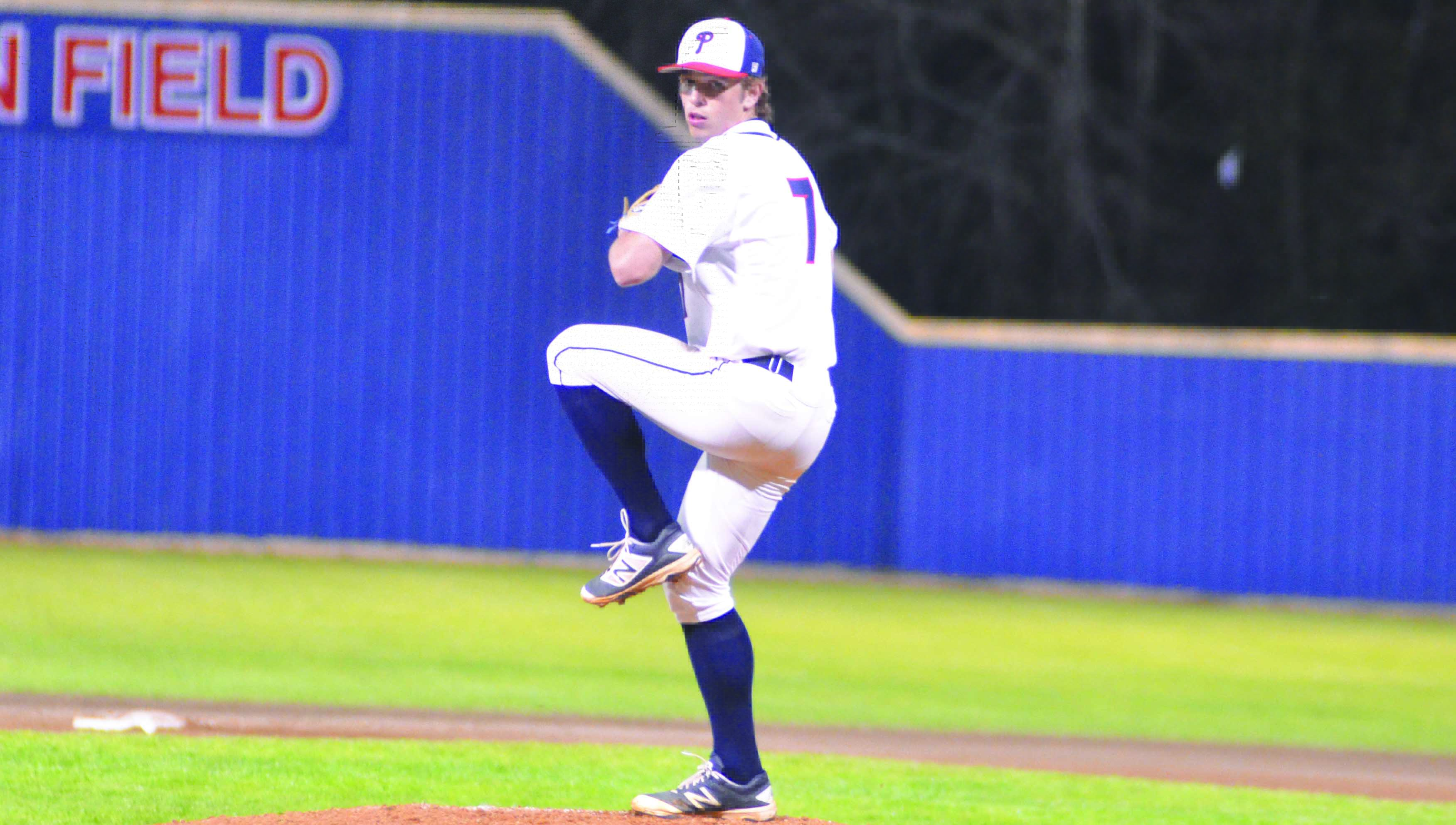 Tuscaloosa Academy had the tying run on base in the seventh inning, but the Pike Patriots hung on to win 3-2 in the second round of the Jonah McWaters tournament.

With the win the Patriots improve their record to 9-2 and advance to take on Monroe at 2 p.m. today.

“It was a great baseball game,” said Patriot head coach Allen Ponder. “Tuscaloosa is very well-coached. They came out and played us tough. We were fortunate to come out tonight and finish on the winning side of it.”

“That was the performance that we have been waiting on all year,” Ponder said. “Reece is a competitor and a bulldog. He has great stuff, and tonight was the first night he stayed within himself and got down in the zone. He is going to be very difficult to face the remainder of the year if he keeps pitching like that.”

The Patriots scored in the first inning when Hunter Jones reached base on a single. After a strikeout by Wood Jinright, brother Reed Jinright hit a ringing triple off the top of the wall in right field to score Jones and give the Patriots the early lead.

From the second through the fifth, Burbage faced a total of 10 batters and struck out six of them. In the bottom of the fifth, the Patriots sent seven batters to the plate. Burbage got on with a leadoff single. Cason Murphree and Cody Hollis reached on bunt singles and came around to score on a bases-clearing double to right center by Hunter Jones, increasing the Patriots lead to 3-0.

“The bunts where huge for us,” Ponder said. “We made a huge base running mistake, we should have had another run but Hunter came through with a big hit. This was going to be a game that was going to be run by one or two big hits.”

The Knights tried to claw back in the game in the top of the sixth when they scored two runs on two hits and a walk.

The Knights had the tying run in scoring position twice with less then two outs in the seventh inning. The first time the runner was thrown out at third on a bunt attempt. For the final out Patriot catcher Cole McWhorter took a Tyler Floyd pitch and immediately threw it behind the runner at second. The Patriots tagged out the runner to end the game.

“It’s a big game,” Ponder said. “Monroe has a very good baseball team. They have had our number the last couple of years. We are excited about the opportunity and the challenge.”