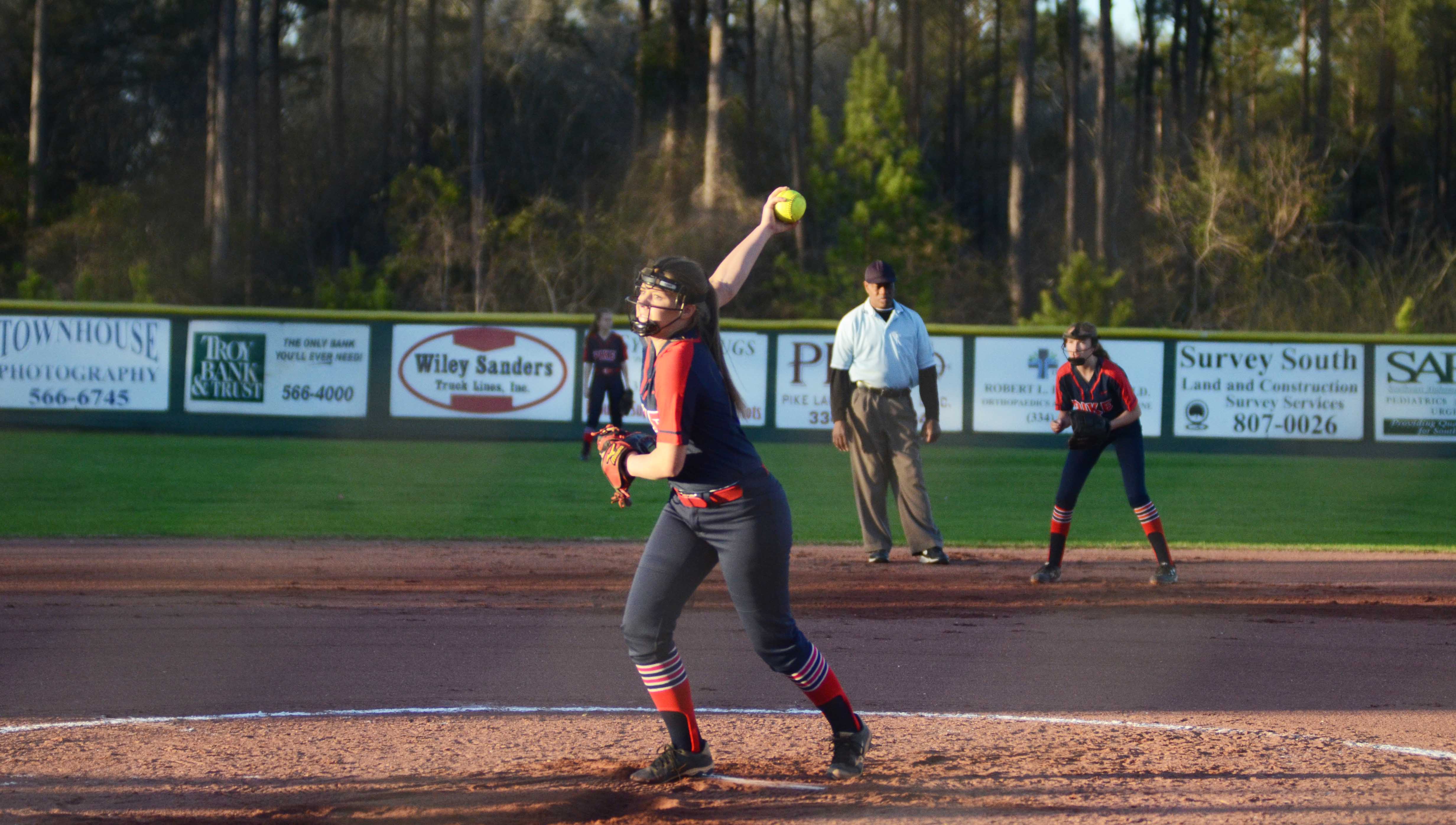 Photo/Mike Hensley
The Macon East Lady Knights scored in every inning of Wednesday afternoon’s 13-0 win over Haleigh Dewberry and the Pike Patriots. The Patriots will host the Jonah McWaters Tournament beginning on Friday.

The Macon East Lady Knights scored in every inning  during their 13-0 win over the Pike Lady Patriots on Wednesday afternoon in Troy.

“I thought my girls played hard and played the game as well as they have played all year,” said head coach Robert Rollan.

Haleigh Dewberry took the mound as the Patriots starter on Wednesday evening. Dewberry pitched all five innings of the shortened game and allowed the 13 runs.

The Patriots offense couldn’t get much going against the talented Knights pitcher. The Patriots had three hits by Dewberry, Danielle Brown and Morgan Bundy. They also tallied two walks.

The Lady Knights jumped on the Patriots with three runs in the top half of the first inning. They sent seven batters to the plate to take a 3-0 lead after having two hits, including a double and a hit batter.

The Patriots attempted to even things up in the bottom of the first. Morgan Bundy led off the inning with a walk and Kaitlyn Dendy singled, but three strikeouts snuffed out the Patriots threat.

The Knights put together their second consecutive three-run inning in the second to jump ahead 6-0. They sent nine batters to the plate in the inning and had six hits.

The Patriots added single runs in the third and fourth innings before allowing four runs in the fifth inning. The Knights had two singles, a double and a homerun in the inning and went up 13-0.

The Patriots will be back in action on Friday when they begin play in the annual Jonah McWaters Tournament in Troy. Joining the Patriots in the tournament will be Crenshaw, Coosa, Abbeville, Northside and Monroe.

“Can’t wait,” Rollan said. “If we played as hard as we did today, then it should be a lot of fun.”

Pike will open the tournament against Crenshaw.