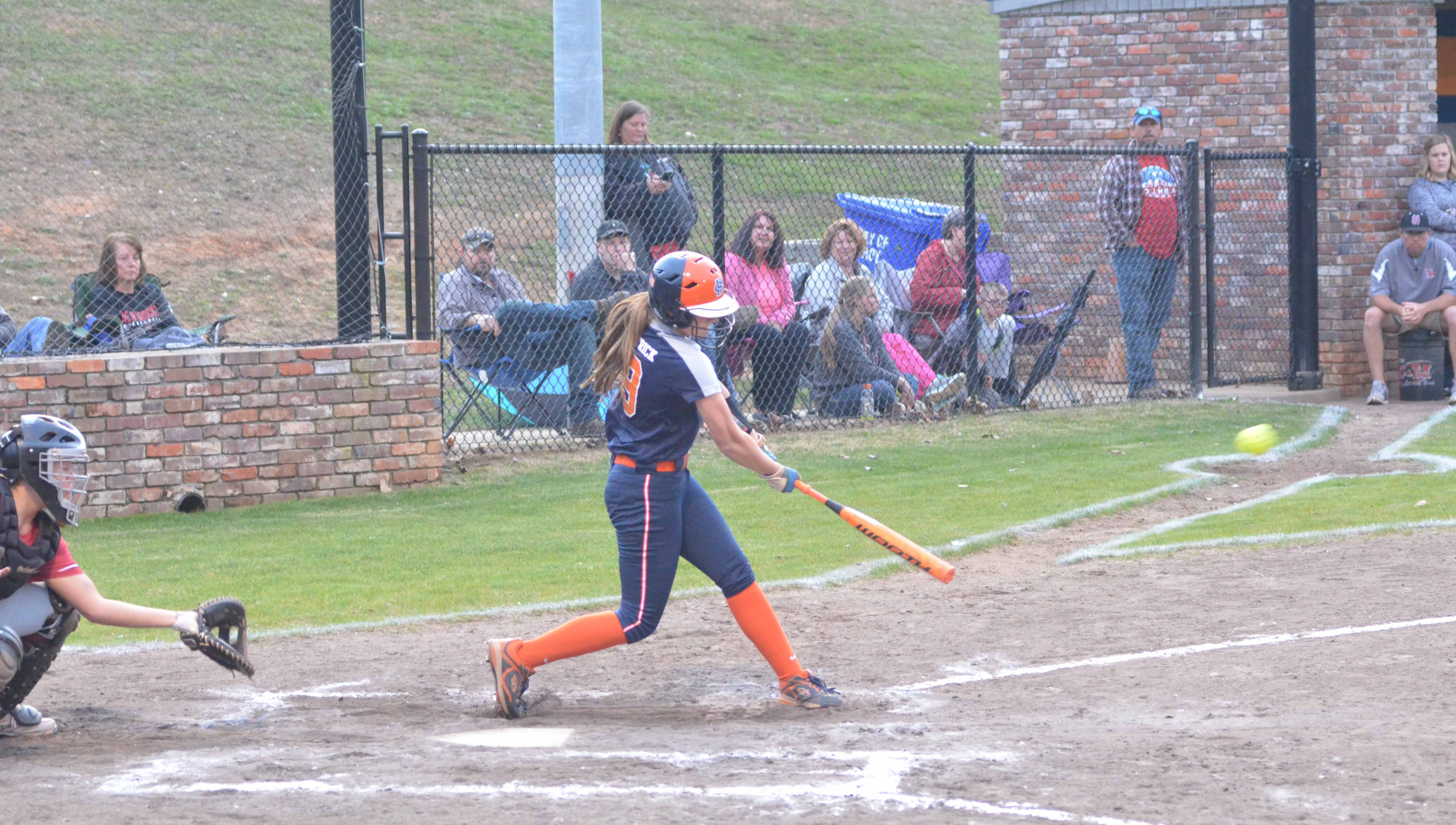 Photo/Mike Hensley
The Charles Henderson Trojans had the tying the run reach base, but fell to the New Brockton Gamecocks 5-3 on Tuesday night in Troy. The Trojans will be back in action on Thursday when they host Lamp.

The CHHS Lady Trojans had a chance to tie the game in the bottom of the seventh, but ended up stranding two base runners in a 5-3 loss to New Brockton.

“We hit the ball better tonight, even though we had just five hits,” said head coach Robin Snyder. “Sometimes when you’re in a rut it’s hard to accomplish the goals that you want.”

The Trojans used two starters in Tuesday night’s loss. Emma Kirkpatrick took the ball as the starter and lasted five innings while allowing four runs, three of which were unearned on six hits and three strikeouts.

Molly Kate Sanders pitched the final two innings for the Trojans (5-6) and allowed one unearned run on two hits. The Trojans allowed a total of four unearned runs on two errors.

“The pitchers did a good job,” Snyder said. “They have done a good job at keeping us in games. When you’re in every game like that, it makes difference.

The Gamecocks the score the game’s first run in the second inning, and the Trojans immediately answered as Fox scored on a wild pitch after reaching on a walk.

The Trojans were able to take one-run lead in the third inning when Rose Snyder came around to score on a throwing error by the Gamecock third baseman.

The Trojans allowed back-to-back singles in the fifth, and a three-run homerun gave the Gamecocks a 4-2 lead.

The Trojans attempted to climb back in the game in the bottom half of the inning when Fox drove in Tucker Earles on a base hit.

The Trojans made things interested in the bottom half of the seventh inning. Down to their final out, both Earles and Fox walked to put the tying run on base. Sanders came up as the potential game winning run, but popped out to the shortstop to end the threat and the game.

The Trojans will be back in action on Thursday when they host Lamp beginning with the junior varsity game at 4:30 p.m.

“We just need to keep working hard,” Snyder said. “We need to come out on the field and work hard. We have little things going on right now and we need to work hard on correcting those things.”