State finals: Trojans try to slay the Dragons in 5A State championship game in Birmingham 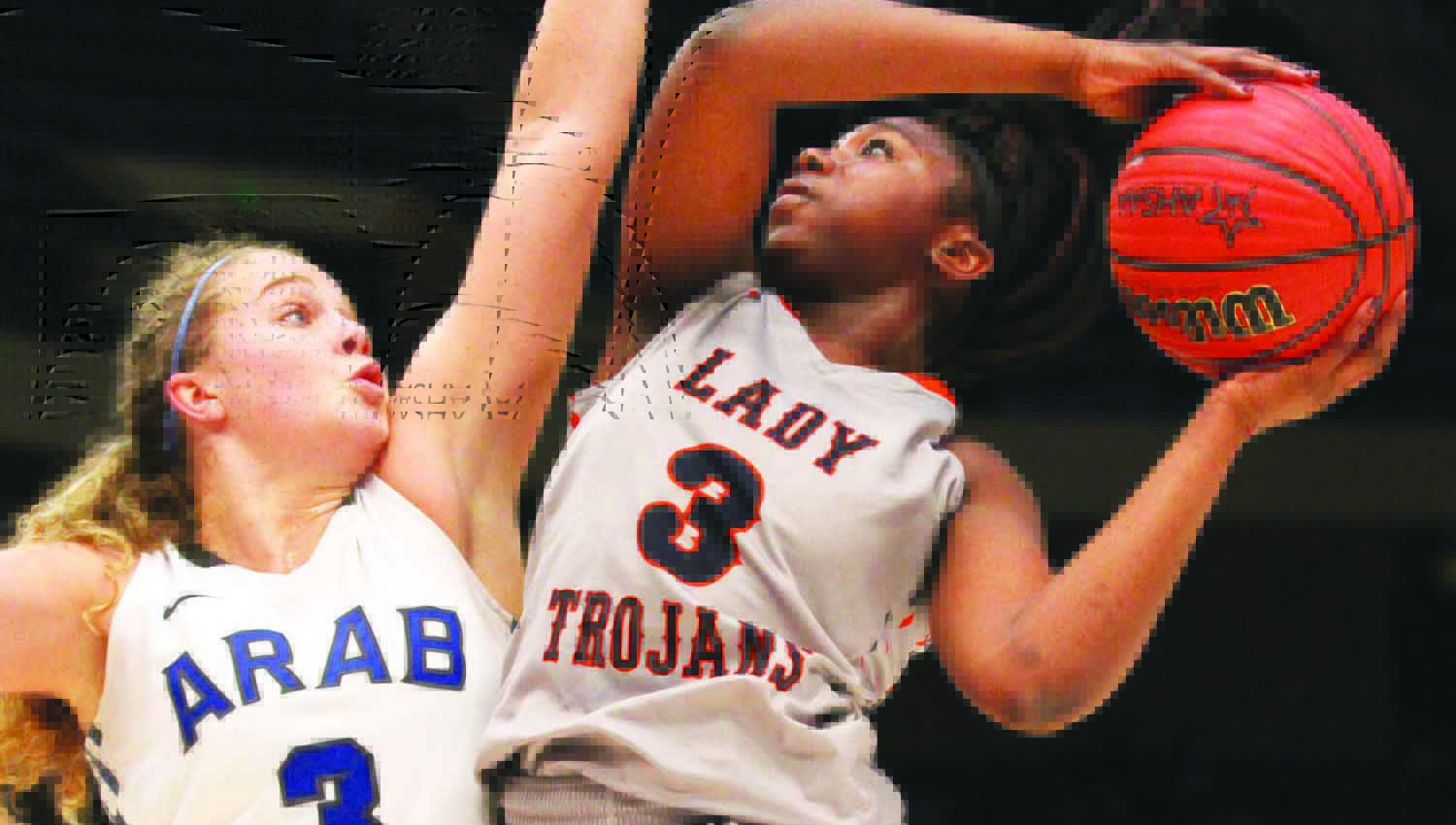 Photo/dan smith
The Charles Henderson Lady Trojans will take on the Wenonah Dragons in their first ever state championship appearance at 9 a.m. in Birmingham.

The Charles Henderson Lady Trojans will have a chance at revenge when they take on the Wenonah Dragons in the Class 5A State Championship this morning in Birmingham.

The Trojans will compete in their first ever Class 5A championship after they defeated Arab 70-53 on Wednesday night.

The Dragon’s knocked out the Trojans in the semifinals a year ago on their way to their second consecutive Class 5A state championship. This season, the Dragons have kept up the pace. They entered the tournament as the number one team in the state and currently sit with a 29-3 record.

So far in the tournament, the Dragons have defeated West Point in the sub-regionals and followed that up with wins against Jemison-Huntsville and Fairview in the regionals. On Wednesday, they defeated Sylacauga 52-37 to secure their birth in the finals.

During their postseason run, the Dragons are averaging 70 points per game.

“They have won it the last two years and it’s always a task to play the defending champions,” Jones said. “We are ready for the challenge. I have a group of young girls, but we have matured since our last challenge. It’s five on five out there and whoever scores the most points is going to come out on top.”

The Dragons are led by senior Alexus Dye, who scored 24 points against Sylacauga in Wednesday’s semifinals.

“She is a great player and she made a difference when we played them last year,” Jones said. “Once again, my girls are defending better and they know what she did last year as far as scoring. We are prepared for it.”

The Trojans enter today’s championship game with an overall record of 29-5 after defeating Carroll in the sub-regionals and winning regional matchups against Faith Academy and rival Eufaula in Dothan.

On Wednesday night, the Trojans defeated Arab 70-53. Freshman Niaira Jones stole the show for the Trojans by scoring 34 points while knocking down all six of her shots behind the arc.

“I don’t think the other team put any emphasis on her at all,” Jones said. “You never know who the leading scorer is going to be. We hope tomorrow that all five of them are going to play a good game.”

A key moment in last year’s contest between the Trojans and Dragons occurred when Maori Davenport fouled out early in the fourth quarter. This season, coach Jones believes Davenport has grown up and knows when to attack defensively.

“She was younger,” Jones said. “She needs to be smart. She is a great shot blocker, but she can’t block every shot. She needs to stay on her feet. She can block a shot without even jumping. She can’t jump up because they may try and lean into her body and draw a foul, but she is smarter.”

Even though this will be the first time in a championship setting for the Trojans, this is not their first trip to Birmingham, and Coach Jones feels confident that her players will not let the game get too big.

“I think they will handle things in stride. We have been here before,” Jones said. “We know there is 32 minutes to go in the season. We have to give it our all.”

Tipoff between the Dragons and the Trojans is scheduled for 9 a.m. at the Legacy Arena in Birmingham.