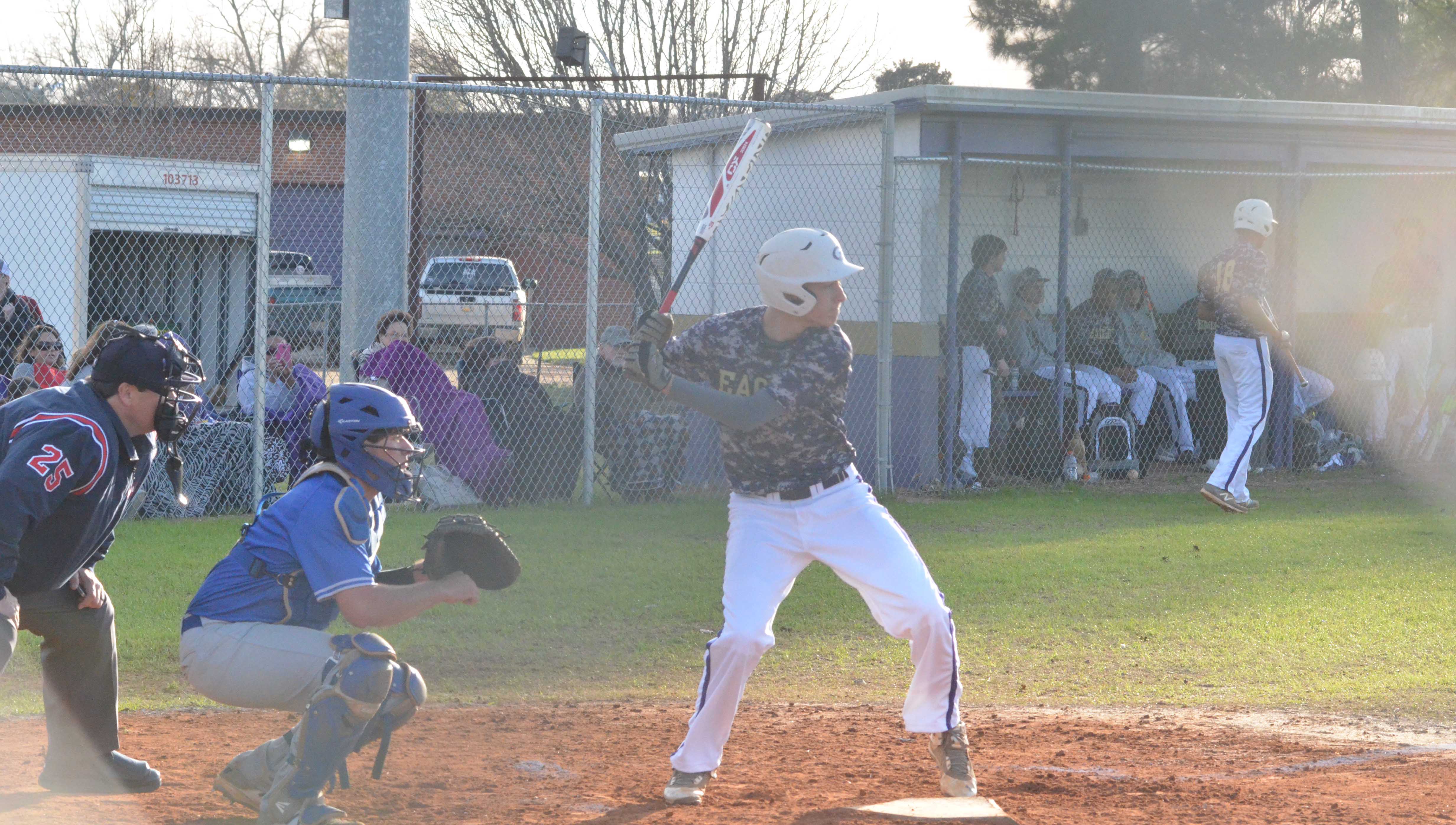 Photo/mike hensley
The Goshen Eagles finished with just two hits in their lopsided 15-0 loss the Highland Home Flying Squadron on Thursday afternoon in Goshen. With the loss the Eagles drop to 1-4 on the season.

The Goshen Eagles managed just two hits in their 15-0 loss to the Flying Squadron on Thursday afternoon.

With the loss, the Eagles fall to 1-4 on the season.

“We just flat out got beat tonight,” said Eagles head coach Robby Kinsaul. “I knew coming into the game that was going to be the toughest test we were going to face so far and probably will be one of the best teams we see all year. They have a lot of experience back and they can hit the ball really well.”

The Squadron jumped on the Eagles for some early runs on Thursday afternoon. Eagles starting pitcher Dalton Bunce got the first two batters relatively easy when he got them to fly out. He then allowed a home run and back to back doubles to give the Squadron the early 3-0 lead.

Highland Home added to their lead in the third inning when they loaded the bases with nobody out. The Flying Squadron picked up six hits in the inning, including four in a row to begin the inning and picked up four runs to increase their lead to 7-0.

The Eagles picked up their first hit in the third inning and coupled that with three walks, but were unable to cut into the Flying Squadron lead. Mitchell Rushing and Evan Rose started the inning with walks, but Mitchell was picked off third and Rose was thrown out at the plate on the base hit by Brian Redmon.

The Flying Squadron added another run in the fourth and the Eagles once again threatened to get on the scoreboard in the bottom of the inning. Hunter Williams and Bunce began the inning with a pair of walks, before Highland Home got out of the inning on a pair of strikeouts and a groundout.

Rose entered the game to pitch for the Eagles in the fifth inning and the Flying Squadron added six runs to put their lead out to 15-0.

Bunce pitched four innings while allowing nine runs. After allowing six runs in the inning, Rose was lifted by Peterson who came out and picked up the final two outs.

The Eagles finished with just two hits by Redmon and Peterson.

“We didn’t the ball very well,” Kinsaul said. “That kid has been throwing for them for four years now and he has a lot of experience.”

The Eagles will be back in action on Monday when they travel to take on Elba beginning at 4 p.m.

“We just have to keep fighting through it,” Kinsaul said. “Hopefully we can get it turned around. I have a lot of confidence in our guys and we are going to keep working hard.”