Patriots score early and late in win over Emmanuel 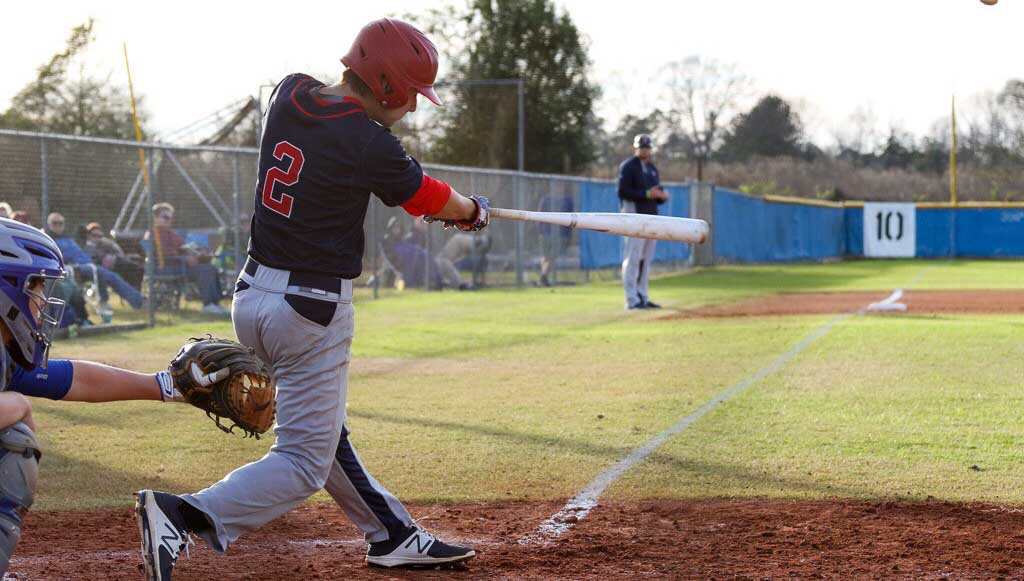 The Pike Liberal Arts Patriots scored four runs in the fifth to help them defeat Emmanuel Christian 7-5 on Thursday afternoon.

The win for the Patriots improves their overall record on the season to 5-1.

The Patriots finished with 10 hits on the night and two players had multi-hit nights, led by Cody Hollis who finished 3-4 with one RBI and one run scored. Hunter Jones finished 2-3 with a walk, while Reece Burbage, Cole McWhorter, Wood Jinright, Tristan Carter and Jade Sikes all had one hit.

The Patriots sent two pitchers to the mound in the win. Clay Barron got the start for the Patriots and went two and a third innings, pitching three strikeouts while allowing three total runs. Two of those runs were earned on two hits. Wood Jinright took the Patriots the rest of the way, allowing two runs, both unearned, on three hits.

The Patriots got on the board early on Thursday and took an early 2-0 lead in the first inning. Reed Jinright hit a sacrifice fly to score Hunter Lynch to give the Patriots their first run, while Hunter Jones scored on a steal to home plate to bring the score to 2-0.

The Patriots added to their lead in the third inning when Sikes scored on a wild pitch to bring the score to 3-0.

After a scoreless fourth inning, the Patriots scored four runs in the fifth and final inning. Reed Jinright began the scoring when he scored on an error off the bat of Burbage to give the Patriots a 4-3 lead. Hussey scored run number two of the inning on a single by McWhorter to make it a 5-3 game. Carter and Cody Hollis brought in the final two runs of the innings when they singled in Cason Murphree and Burbage.

Emmanuel Christian attempted to get back in the game in the final half inning by scoring two runs. Wood Jinright slammed the door to give the Patriots their fifth win of the season.

The Patriots will be back in action today when they take part in the Monroe Tournament.