Eagles come up short: Wilkes strikes out 11 in 10-1 loss to Elba 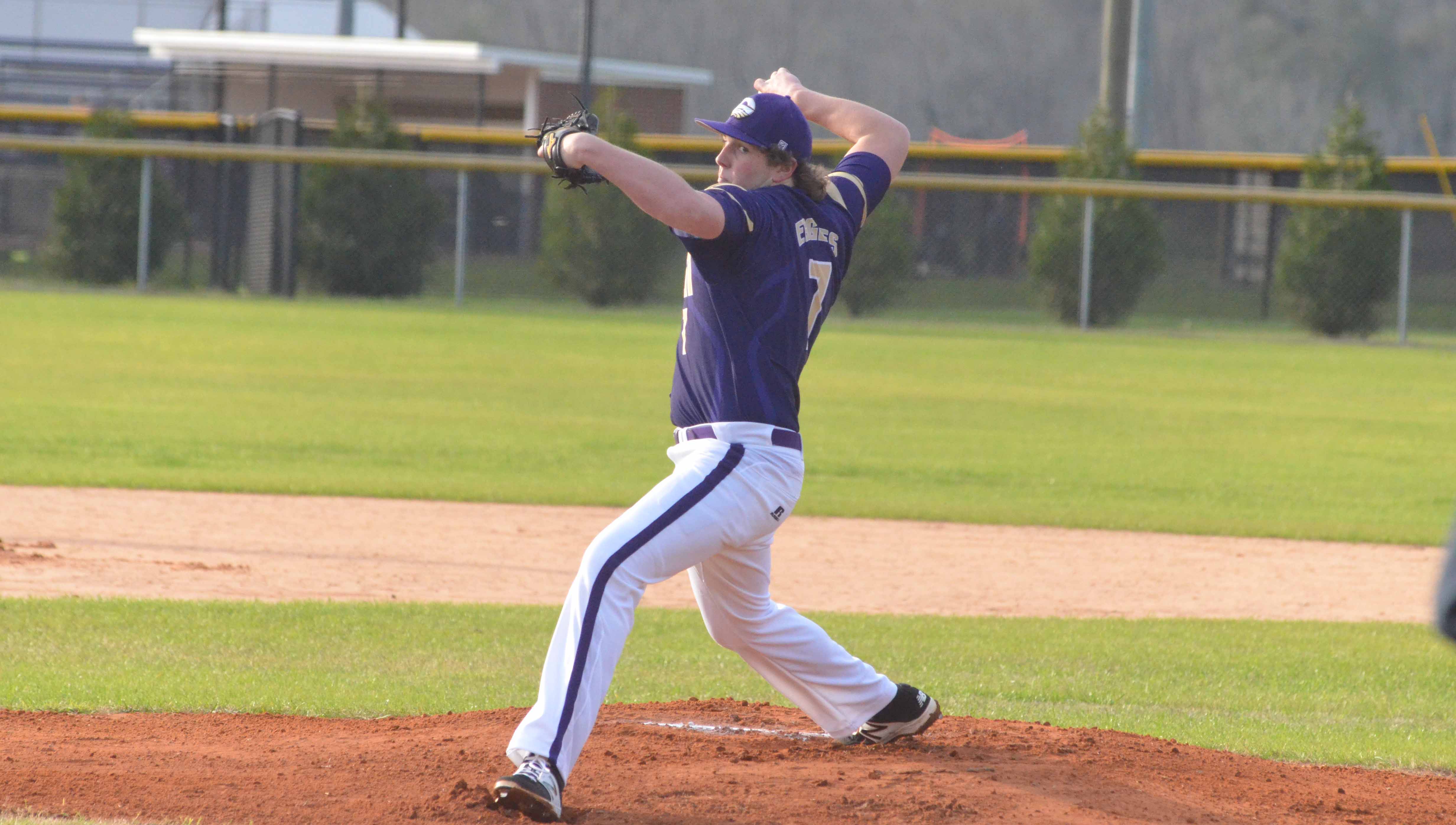 Messenger Photo/mike hensley
Eagle starter Landon Wilkes (above) pitched five innings and struck out 11 batters in Tuesday’s loss to the Elba Tigers 10-1. The Eagles will be back in action on Thursday when they host Highland Home beginning at 4 p.m.

The Goshen Eagles battled early, but late walks led to a comfortable 10-1 win for the Elba Tigers on Tuesday evening in Goshen.

The loss for the Eagles drops their overall record on the season to 1-3.

“It was a pretty good pitcher’s duel through five innings,” said Eagles head coach Robby Kinsaul. “The biggest thing is our guys are going to have to start showing effort. We are going to find nine guys that want to play baseball.”

The Eagles got five innings out of their ace Landon Wilkes on Tuesday afternoon. Wilkes went five innings, allowing four runs while striking out 11 batters.

The Tigers threatened to score early on Tuesday afternoon in the opening inning. After starting pitcher Landon Wilkes ousted the first batter via a strikeout, the Tigers had the next three batters load the bases with just one out. Wilkes recovered by getting the next batter to strike out and followed that up with a groundout to second base to get him out of the inning.

Wilkes continued to be an escape artist in the third inning when the Tigers got the first two batters on base after hitting rockets to outfielder Brian Redmon, who had the balls glance off his glove. Wilkes again battled back and struck out the side to end the inning.

The Eagles broke through in the bottom of the fourth inning to score their first run. The Eagles got back-to-back doubles from Redmon and Hunter Williams to even the score at 1-1 heading into the fifth.

The Tigers were finally able to take advantage of base runners in the fifth inning. The Tigers sent seven batters to the plate in the inning and pushed across three runs on three hits and a walk to retake the lead at 4-1 heading into the bottom half of the inning.

Walks got the Eagles in the sixth inning. Jackson Kyzar came in relief and faced 10 batters, walking five of them to bust the game open at 8-1.

The Tigers added two more runs in the seventh on three hits to close out the scoring at 10-1.

The Eagles will be back in action on Thursday when they host Highland Home beginning at 4 p.m.

“We have to be better defensively and our guys understand that,” Kinsaul said. “Hopefully we can see that starting at practice and get that turned around.