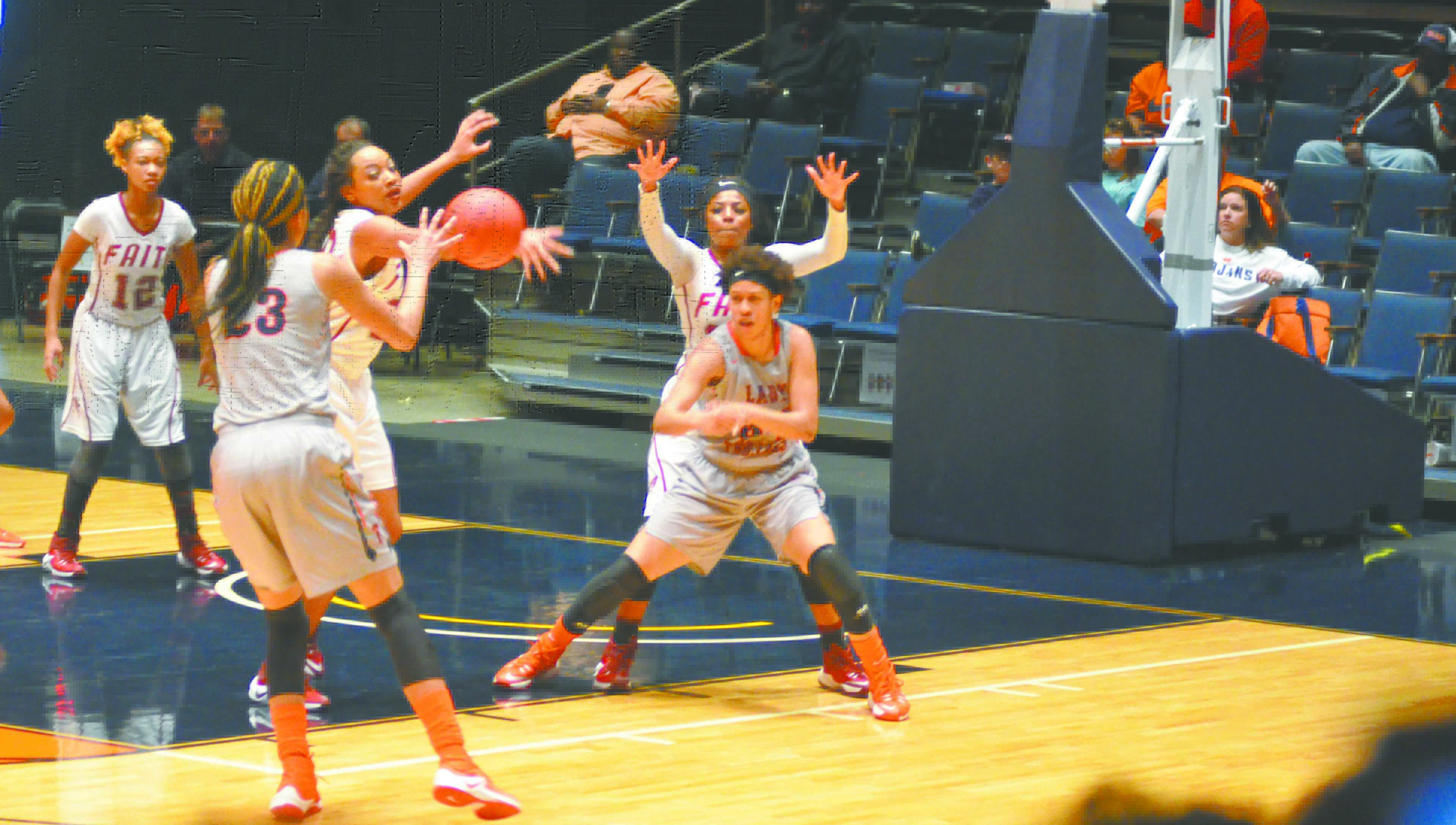 The Charles Henderson Lady Trojans advanced to the Class 5A South Regional championship when they defeated the Faith Academy Rams 62-45 on Monday afternoon in Dothan.

The win pairs off the Trojans with a familiar face in the Eufaula Tigers on Wednesday for the regional title.

“The big lead at the beginning of the game was huge for us,” said Trojans head coach Dyneshia Jones. “Although we made some mistakes at the end of the second quarter, we had the big lead.”

The loss for Faith Academy is their third straight loss in the regional tournament.

“We didn’t get off a to a good start,” said Faith head coach Woodie Head. “They made some shots and we got down. We just didn’t execute. They have a good squad.”

The Trojans used the three-point shot to gain and hold the lead on Monday afternoon. The Trojans made four of eight three-pointers in the contest, including two by Niaira Jones in the opening quarter.

“Those were huge,” Niaira Jones said. “She (Maori Davenport) kept setting those screens and I kept shooting them.”

The Trojans used the long distance shot to jump out to a 9-0 lead, forcing coach head to call a timeout in the first three minutes of the contest.

“Every film that I have seen, I haven’t seen them make a three before today,” Head said. “She (Jones) hit two of them. I think they went 4-7 in the first half from three.”

The Trojans went on and outscored the Rams 16-7 in the opening quarter to help pace them the rest of the game.

“It’s all about our momentum,” said Whittaka Lowery. “We have to start out with intensity. When we start off, we are excited and ready to play; so our momentum never really leaves.”

The Trojans went into the game knowing their main objective was to stop Auburn signee Unique Thompson. The senior finished the game with 29 points and 16 rebounds.

Maori Davenport was tasked with stopping the senior. The sophomore finished with 23 points on 10 of 23 shooting and had 18 rebounds.

“It wasn’t easy, “ Davenport said. “I am not trying to be cocky, but I thought I was the better player.”

Niaira Jones helped lead the Trojans offensively against the Rams. The Trojans, led by Davenport, had four players score in double figures.

“Everybody on my team knows how to score,” Niaira Jones said. “We all know what to do. I just feed everybody and I guess it works.”

Along with Davenport’s 23 points, Tatyana Siler finished in double figures with 14 points. Niaira Jones had 13 and Lowery had 10.

The Trojans will turn their sights to their former area rival Eufaula. The two teams will meet with a chance to play in Birmingham on the line.

“We know that they are a good team,” coach Jones said. “It’s always been a rival with our parents and fans. I know he is a good coach and It’s going to be a great game.”