Down and out: Lady Eagles have their season come to an end with loss to Choctaw County 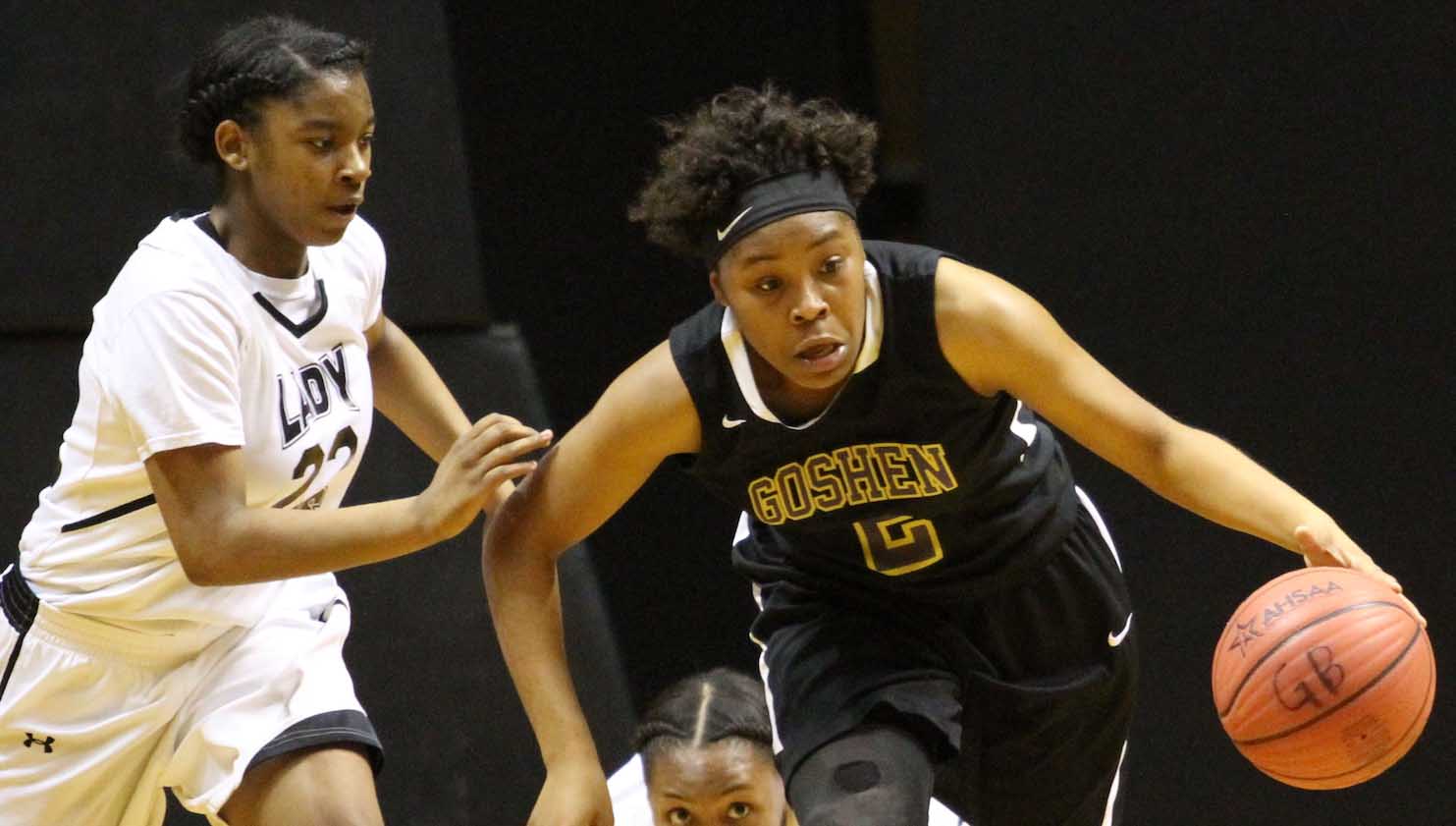 Photo/dan smith
Bree Griffin of Goshen High moves the ball downcourt beyond Verilyah Keeton, left, and Shakira Doss of Choctaw. Griffin and the Eagles fell to Choctaw 64-56 on Thursday afternoon.

MONTGOMERY – The Lady Tigers of Choctaw County overcame a 28-26 Goshen High halftime lead, broke the game open in the third quarter, en route to a 64-56 win over the Lady Eagles Thursday in the first round of the AHSAA Class 2A Central Regional at the Alabama State Dunn-Oliver Acadome.

Goshen led much of the first half, and 27-22 with 1:30 to go in the second quarter, but Choctaw County cut the lead by two points at the intermission.

The third quarter was all Lady Tigers, as they outscored Goshen 23-5 in that period to pull away.

“I’m very proud of our girls,” said Coach Lowery. “To get back here to this setting, two years in a row, says a lot about them and this team. We had three seniors, and they have been a good group of leaders. They’ve been the backbone. We rely a lot on our guard play with Bree Griffin. She’s just a sophomore, but her sister Shamiya has been a catalyst of this team on the inside. I’m going to miss those three seniors and most of all the leadership they do provide for the team, on and off the court.”

Coach Lowery believes the Lady Eagles have a lot of talent returning for next season, and he hopes they can return to the AHSAA Central Regional Tournament.

“To get here two years in a row, losing only three seniors last year as well, we’re still fairly young,” said Coach Lowery. “I think having this experience, being able to get here, seeing what it takes to win here, is going to be big for us next year. I’m just still happy and excited for these girls, to get to come here and represent Goshen High School and the Pike County Board of Education, and I’m just looking forward to what the future holds.” 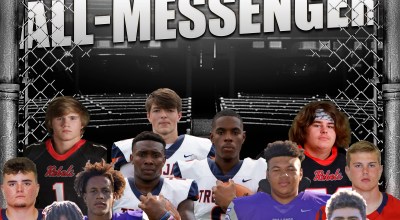