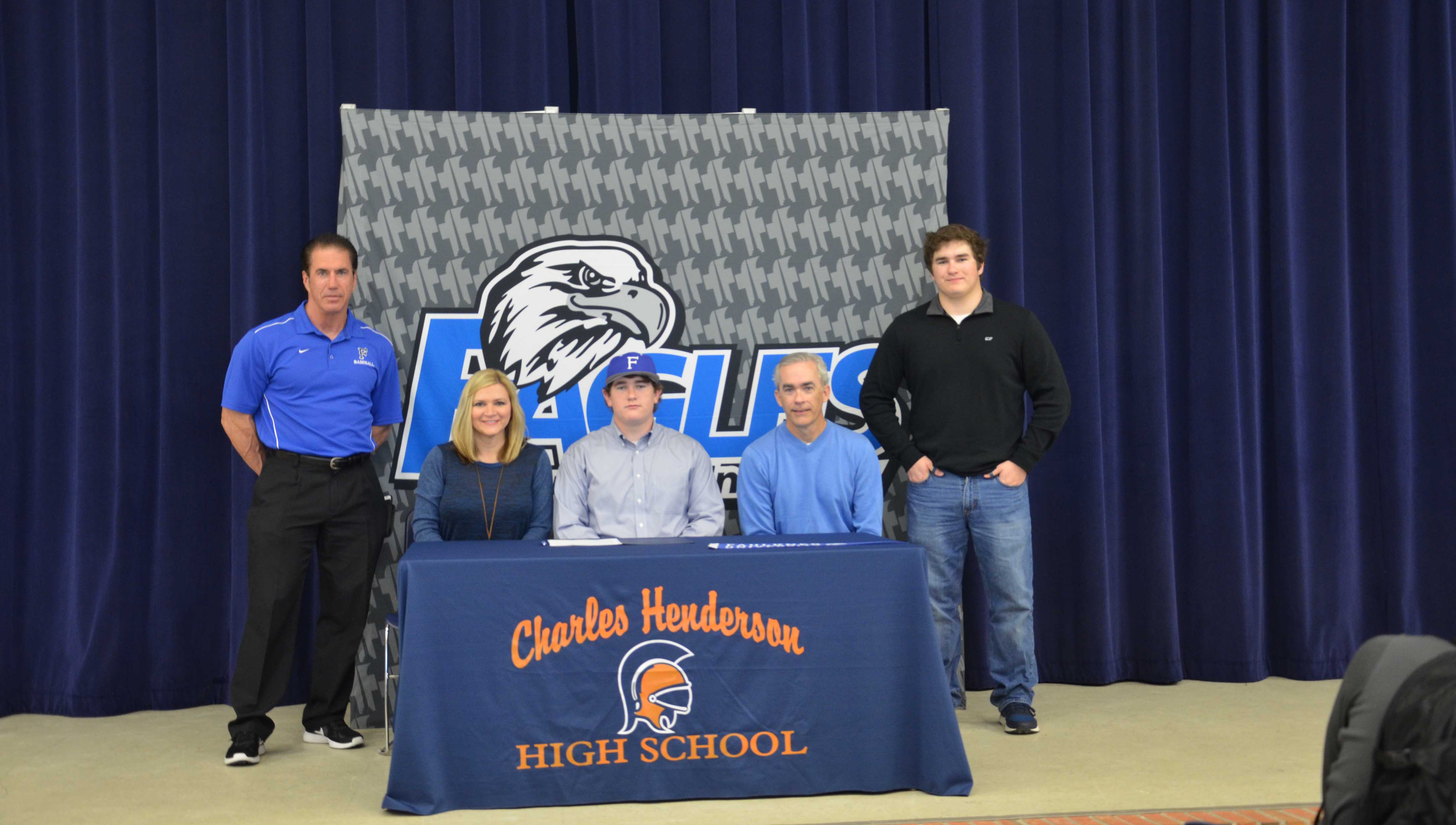 On Wednesday, Graham Wilkes became the latest Charles Henderson Trojan to sign a baseball scholarship when he agreed to take his talents to Faulkner University in Montgomery.

The Trojan baseball program has seen a string of scholarship signees over the last couple of months.

For Wilkes, playing baseball has been a lifelong passion since he could remember. Wednesday’s signing was a culmination of all the hard work and passion that he put into the sport of baseball.

“I am excited for this opportunity,” Wilkes said. “I have played baseball and have been working toward this my whole life. I can’t thank my family and friends enough for the support and all the driving back and forth from games and tournaments. It’s all been worth it.”

During his time with the Trojans, Wilkes has seen time playing the corner infield spots and coach Shannon believes he has the talent to transition his game to the next level.

“He is a corner infielder guy for us,” Shannon said. “He can really swing the bat from what I can tell so far. He can handle the bat really well. There will be some offensive input that he is going to have. He is definitely going to be a big-time player.”

More than anything, Shannon believes Wilkes is a better teammate and student.

“He offers consistency to a program,” Shannon said. “He is a good human being, a good student and a good example for everybody to follow. Obviously he has the talent to play at the next level. He shows up everyday doing the right things.”

Wilkes has had a lot of mentoring since his early days of playing the game, all of which helped shape and mold him into the player that he is today.

“I have had great coaches here, definitely,” Wilkes said. “Coach Irons, Coach Teal and coach Shannon have all molded me into the player and man that I am today. I thank them for working with me.”

Wilkes will be heading an hour north to join Faulkner’s team under head coach Patrick McCarthy, who is entering is eighth season. Last season, the Eagles finished 53-15 overall and 22-4 in the conference.

Wilkes is looking forward to the opportunity to join a school full of good people and a good culture.

“They are all good men,” Wilkes said. “I enjoy talking them. It’s affiliated with the Church of Christ. I am too and that played a part in the decision. I enjoyed the campus and everybody there.”

The Trojans begin their season on February 24 and Wilkes knows there is still plenty for him to work on as he ends his run with the Trojans.