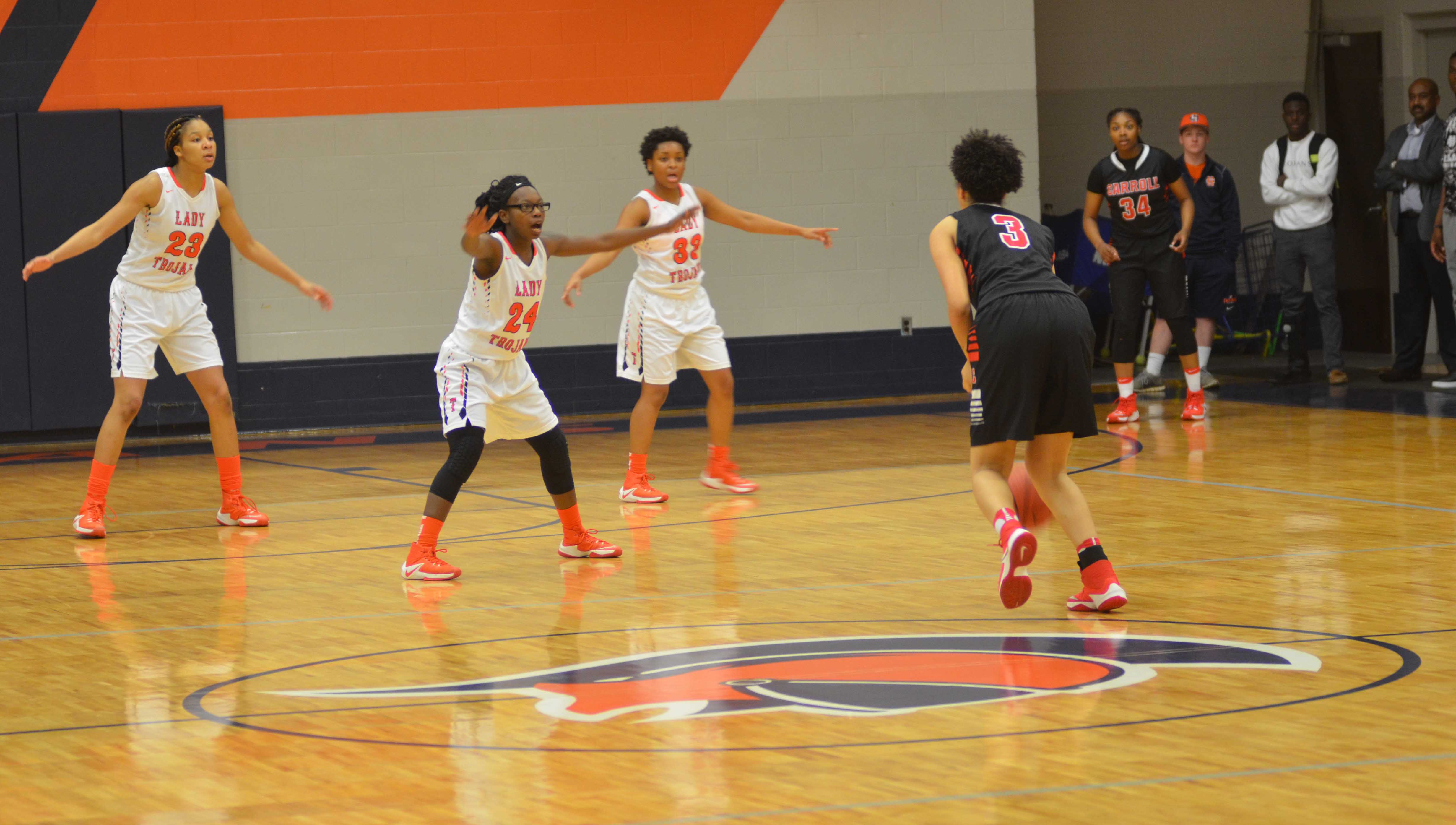 Photo/mike hensley
The Charles Henderson Lady Trojans defeated the Carroll Eagles 51-40 on Monday night to earn themselves a place in the regional semi-finals next Monday afternoon.

The Charles Henderson Lady Trojans advanced to next round of the Class 5A State Playoffs with a 51-40 win over the Carroll Eagles on Monday.

The Trojans will play the winner of Jackson and Faith Academy in the regional semi final next Monday.

“I said we were going to take things one game at a time, and that is what we did tonight,” said Trojans head coach Dyneshia Jones. “Now we just have to focus on who we play next.”

The Trojans were able to lead by double-digits through the contest, but the Eagles remained in shouting distance until the game’s final horn.

“We had to remained focused,” Jones said.  “Some the shots that we were missing, they were making. We remained calm throughout the game and we got the win.”

The Trojans got a lot of their points on Monday, via their transition game, a staple of Jones’ offense.

“I love to transition before I run a play,” Jones said. “I always look towards that the most.”

The Trojans scored the game’s first seven points, forcing the Eagles to call an early timeout. The Eagles got on the board 5:02 remaining in the opening quarter, but the Trojans carried a 19-9 lead into the second. The Eagles were able to cut into their deficit when they went on a 6-0 run, but the Trojans led 28-19 at the half.

The Trojans scored the second half’s first six points and stretched their lead back to 15 points.

The Eagles closed the gap to nine points in the final period, but Maori Davenport made sure they wouldn’t get any closer. Davenport scored eight points to help the Trojans secure the win.

“She did great,” Jones said. “I expect that from Maori. It is hard to guard her. She is a great post player.”

Davenport scored 16 points to lead the Trojans, while Niaira Jones finished with 13 and Tatyana Siler had 11.

The Trojans will begin play in Dothan at 3 p.m.

“We need to do the same things,” Jones said. “We need to focus on what we need to work on.”