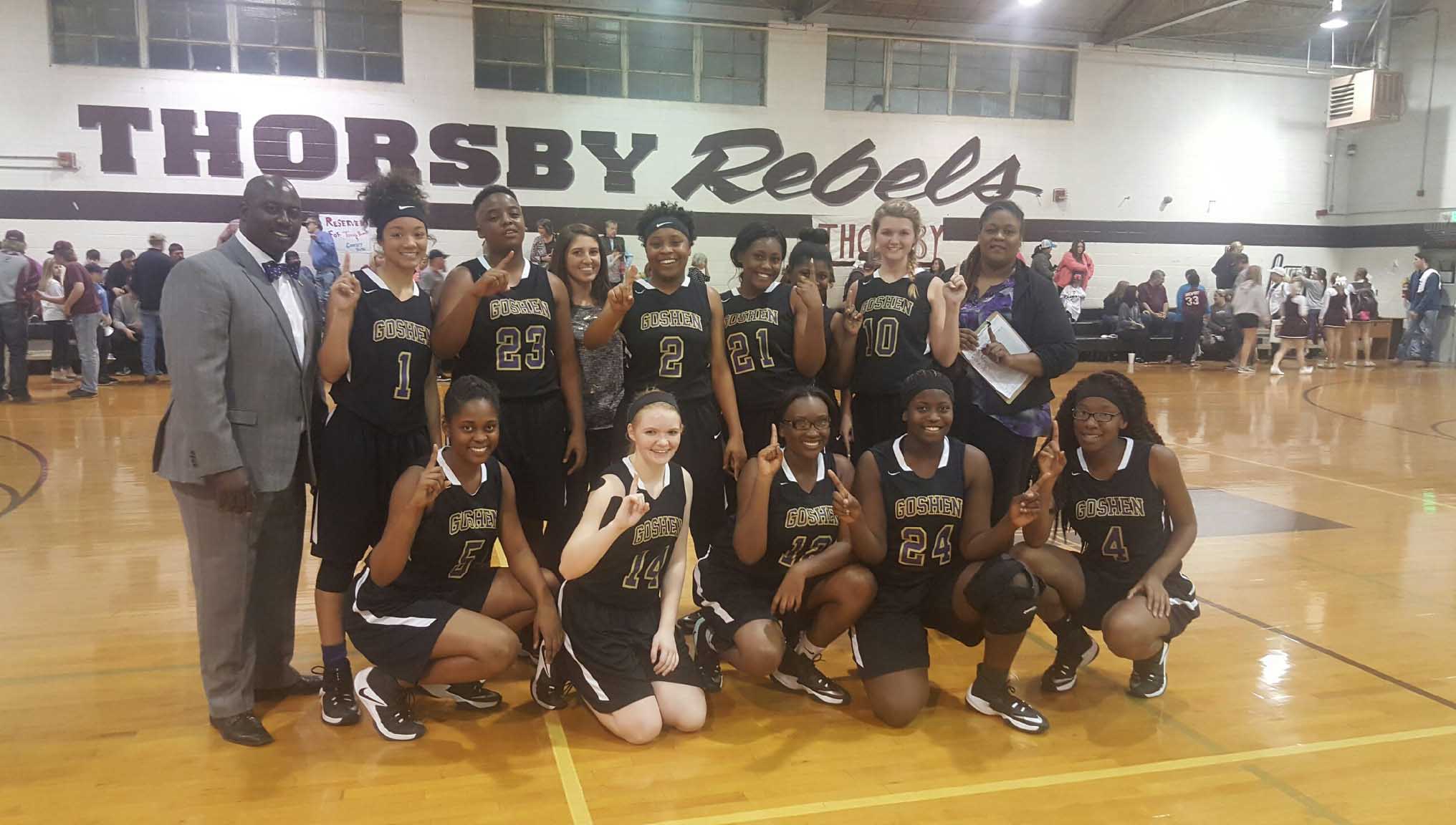 The Goshen Eagles advanced to Thursday’s Class 2A Regional Semi Finals with a 67-61 win over Thorsby on Monday.

“We came up here to a hostile environment,” said Eagles head coach Fred Lowery. “It feels great. I can’t tell you how proud I am of these girls to lose in the area finals and then be forced to come on the road. Hats off to Thorsby, but I can’t say enough about these girls and their heart.”

Bree Griffin stole the show for the Eagles when she scored a team high 37 points to help pace the Eagle offense.

“She told me that she felt like she let the team down on Friday,” Lowery said. “She said she was going to put the team on her shoulders, and that is exactly what she did tonight.”

The second half remained tight between Goshen and Thorsby. The Rebels outscored the Eagles 16-15 in the third quarter and the game moved into the fourth quarter with the Eagles holding to a slim 48-47 lead.

The Eagles got 11 points from Bree, including nine from the free throw line, in the final period.

The Eagles will take on Choctaw County at 3 p.m. at the Tiger Den in Montgomery.

“We are going enjoy this win tonight and we are going to celebrate the fact that we are heading back to the regionals for the second year in a row,” Lowery said. “We are going to get back at it tomorrow (today) and we look forward to coming out victorious come Thursday.”