Herrera joins in on the fun during National Signing Day 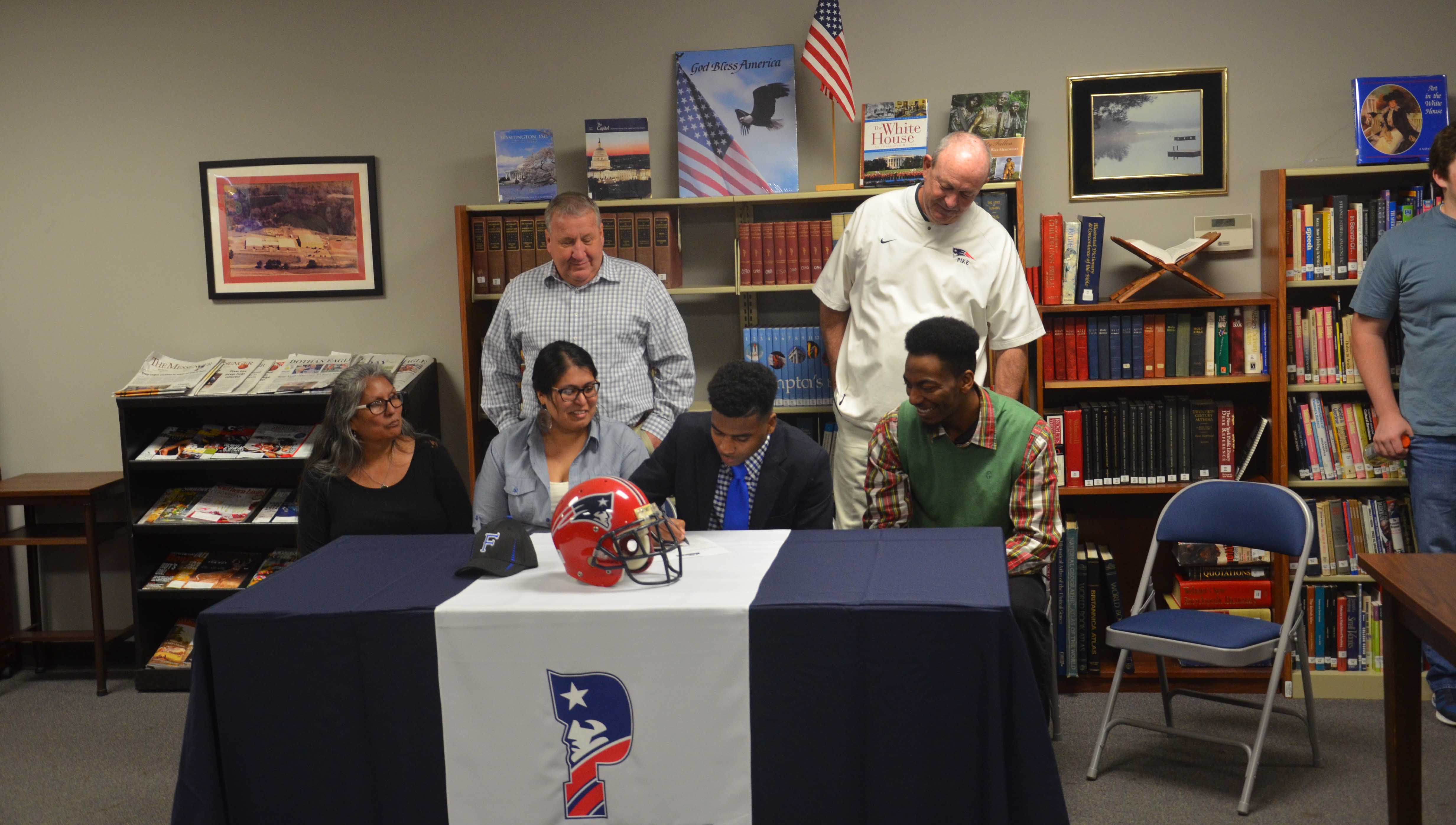 Herrera was surrounded by family, friends, teammates and as he made his commitment during National Signing Day.

“This is every exciting,” Herrera said. “I am happy and I am blessed. This is a dream come true, and it’s very exciting.”

Herrera has only spent two seasons with the Patriots, but he said that time has taught him much.

“I have learned everything,” Herrera said. “I learned about hard work and about working all the time.”

Wednesday wasn’t just a special day for Herrera and his family, but for head football coach Gene Allen as well.

“This is great,” Allen said. “It’s always great to see so many kids have a chance to play at the next level, especially when they work so hard. It’s great to see them get that opportunity.”

After missing most of 2015 with an injury, Herrera came back in 2016 as one of the primary weapons in the Patriots offense.

Herrera played in 11 games and rushed for 625 yards, averaging 6.9 yards per carry. His longest carry was 81 yards and he rushed for six touchdowns. Herrera also finished with 771 all purpose yards. On the defensive side, Herrera tallied 24 solo tackles and 11 assists.

“This year he came back and had a really good year for us,” Allen said. “He was really versatile. His numbers weren’t great because he played receiver some, running back and defensive back. We moved him around because he could play everywhere. He is a really good athlete.”

Off the field, Herrera showed the importance of hard work and leadership.

“He works hard in the weight room and gets along with everybody,” Allen said. “He will do whatever it takes … He is just a real personable guy that everyone loves being around.”

Herrera will be playing under head coach Charlie Boren, who will begin his sixth season at Faulkner in 2017. Last season Boren led the Eagles to a 6-4.