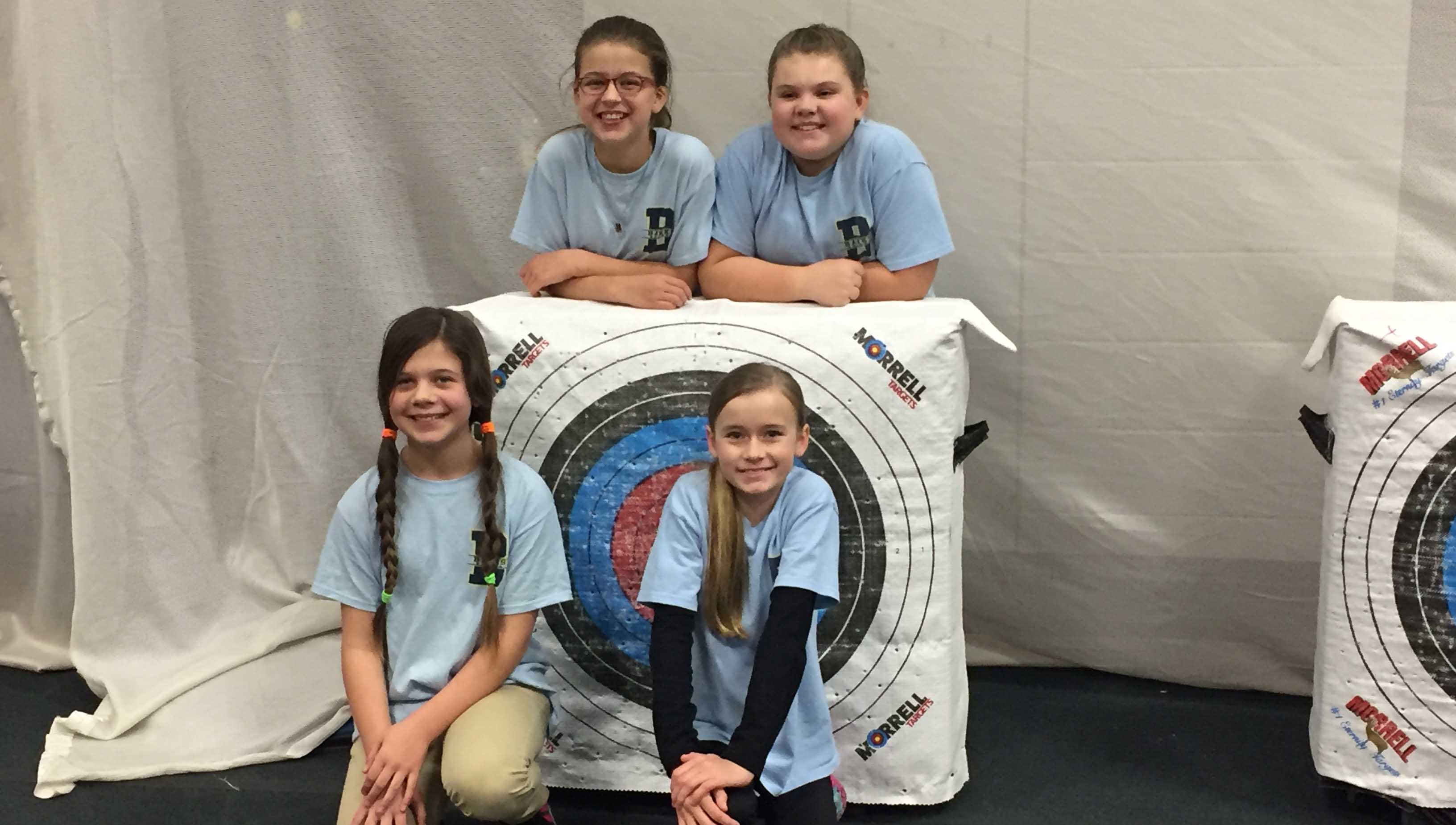 submitted Photo
The Banks School participated in the Troy’s January Jam Archery Tournament last weekend. They will participate in the regional tournament beginning on February 9.

The Sport of archery continues to grow in Pike County in 2017 and Banks School has joined in on the fun.

In October, head coach Jonathan Thompson decided to officially begin the program and 48 students picked up the bow and the sport.

“Our students and parents are very excited about it,” Thompson said. “We have had a good amount of students come out and they are really excited about archery. It’s a great area for it. Everything has been a positive regarding the program.”

Banks will have both a fourth and fifth grade team and a sixth through eighth grade team.

After coaching archery for the past two years as part of the physical education curriculum, Johnson noticed a hunger for the sport and decided to take the next step and get trained. Banks received a grant that covered most of the equipment, and along with the help of coach Forrest Lee of Troy Elementary, the program was born.

“I saw how excited the kids were in P.E. and I decided to keep doing it,” Johnson said. “I did some research and I found out that we could have a team and I went from there.

Other than his two years of teaching it, Johnson had little knowledge of the sport of archery. Thompson has enjoyed learning the sport right along with his students.

“It’s exciting and a learning process for all of us,” Johnsons said. “I learn something new every day. I learn things from the students and it’s all around a great learning experience.”

Last weekend Banks had the opportunity to put their practice to use when they competed in Troy’s January Jam Bulls eye Tournament. It was a moment that students and parents will not soon forget.

“They had a lot of fun,” Johnson said. “They were laughing and they had smiles on their faces, because they actually got to compete in something. I think that was one thing that got them really excited. They got to compete against other students. That’s the reason I decided to do archery, I saw how excited they were.”

The January Jam Tournament was a warm up for the regional tournament, which is scheduled for February 9 through the 10 at the Troy Recreation Center.

“We are constantly preparing,” Johnson said. “We have been having practices every week. The kids know what’s coming up. They seemed to be focused, but they are excited to just compete.”

With all the excitement surrounding the program, there is no plans for this to be a one-and-done deal.

“This is definitely something that we are going to keep year after year,” Johnson said. “This is not a one-year deal. We are going to continue to have this as a part of our program.”