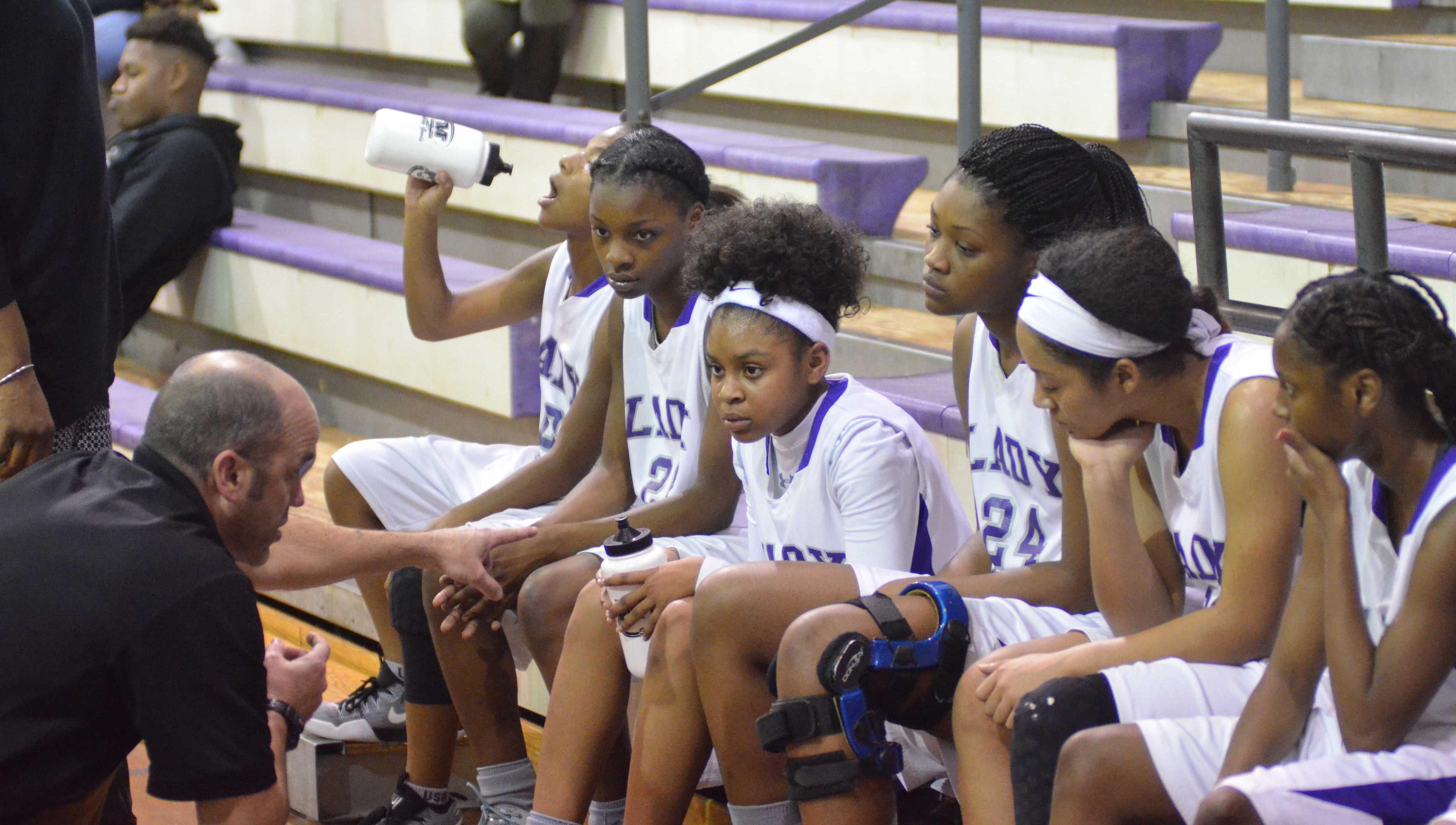 Messenger Photo/mike hensley
The Pike County Lady Bulldogs battled back from 11 points down at halftime to tie the game, but the Elba Tigers battled back to claim 45-38 win.

The Pike County Lady Bulldogs mounted a strong comeback but ultimately fell to the Elba Tigers 45-38 on Monday.

The seven-point loss marks the 10th time this season that the Lady Bulldogs fell by single digits.

“They stepped it up a little bit more,” said Pike County head coach Todd Reynolds. “We are still looking for a second and a third option. If you watched this game you noticed they had a couple players. It’s tough to generate points when you only have one person that is shooting.”

That one player shooting and scoring on Monday was Precious Vaznaian. The sophomore led the Bulldogs with 16 points, all of which came in the second half.

“She started off bad, but what I liked was that she fought her way out of it,” Reynolds said. “That is a good sign for the future.”

Vaznaian helped the comeback effort beginning in the third quarter. After going into halftime trailing by 11, the Bulldogs were able to get back to tie the game at 26. Vaznaian scored the Bulldogs first nine points on the second half and the Bulldogs went into the fourth trailing 28-26.

“The effort and the intensity was there,” Lowery said. “Precious was attacking the rim.”

The Tigers outscored the Bulldogs 17-12 to earn the win.

The Bulldogs will be back in action this evening when they hit the rode to take on G.W. Long beginning at 5:30 p.m.

Bulldogs head from the football field to the basketball court