Bulldogs have strong second half in win over Headland 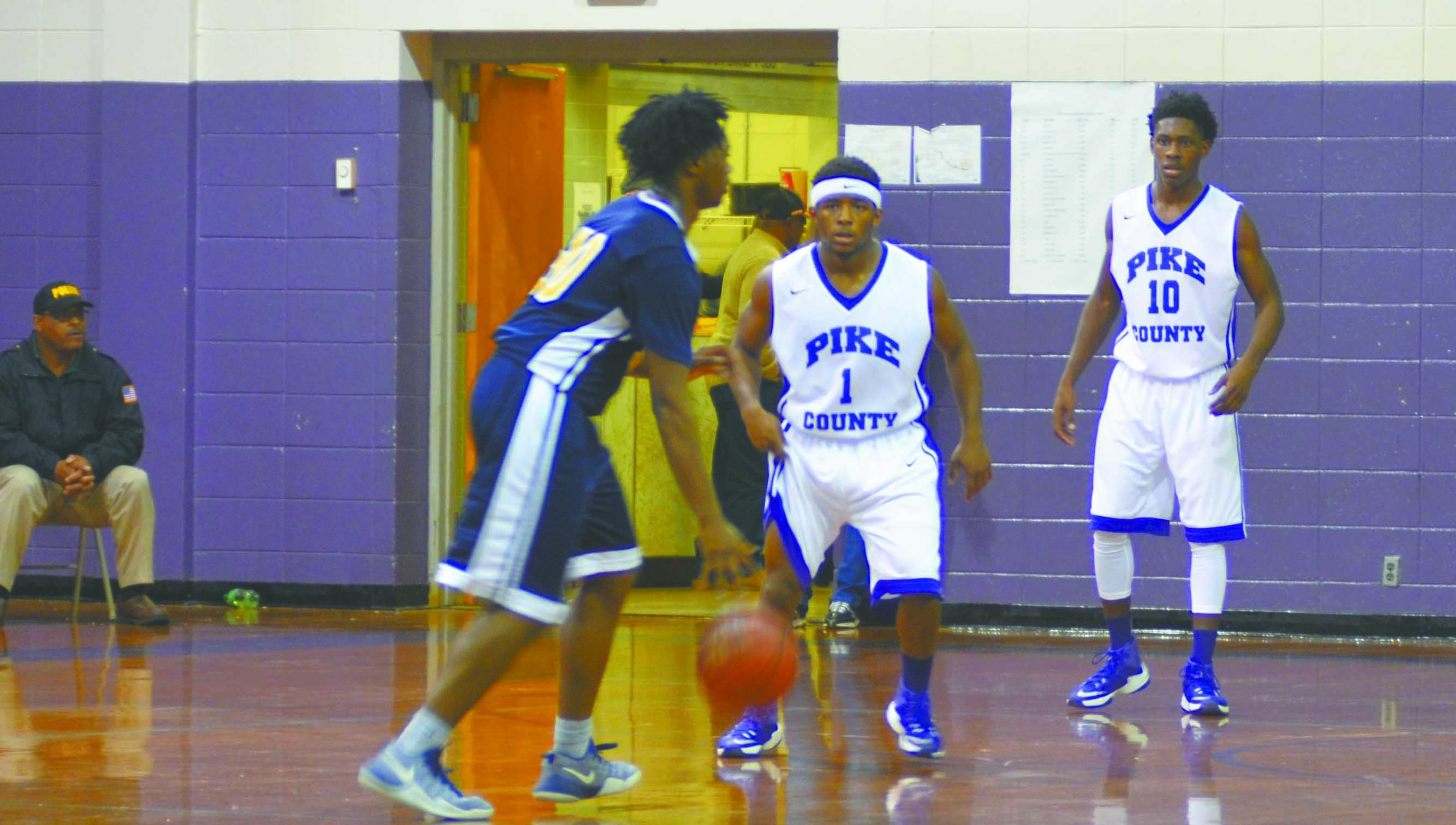 Messenger Photo/mike hensley
The Pike County Bulldogs defeated Headland 60-42 on Friday evening in Brundidge. The Bulldogs will be back in action today at home against Barbour County.

The Pike County Bulldogs won a physical contest against Headland 60-42 on Friday night in Brundidge.

The win for the Bulldogs brings their record to 13-6.

“We wanted to come out here and get ready for area play,” said Bulldogs head coach Doug Holland. “Headland has a good team. We have been talking all week about this stretch of games. It’s going to be tough with Barbour County coming in tomorrow.”

The first half included a lot of physical play and even an official and coach meeting at half court to keep things under control.

Jhumir Lampley scored 15 first half points to pace the Bulldogs offense, including eight points in the first quarter to help give the Bulldogs a 14-8 lead heading into the second quarter.

The Bulldogs, helped by Lampley and Jadyn Wilson, led by as many as 12 points in the second quarter and went into the locker room at halftime with a 26-14 lead.

The Bulldogs closed out the half on an 8-0 run to end the first half and they began the second half on a 13-2 run.

“We talk all the time about finishing out a half strong and the being able to come out in the second half,” Holland said. “I didn’t want them to come out lethargic. They talked about it and they said they were ready to go. I felt their energy today.”

the Bulldogs led by as many as 22 points in the second half and went into the fourth quarter leading 43-25 before being able to cruise to the easy victory.

Lampley led the Bulldogs with 33 points and scored 18 of them in the second half.

“He never ceases to surprise me,” Holland said. “He works so hard. He is a quiet leader and he works hard.”

The Bulldogs will be back in action today when they host Barbour County beginning at 7 p.m.

“It’s going to be a tough game considering how bad they beat us over there,” Holland said. “We are looking to catapult and build on what we do everyday.”