Bulldogs own third quarter in win over Elba

The Pike County Bulldogs scored 21 points and defeated the Elba Tigers 57-54 on Tuesday evening in Elba.

The win for the Bulldogs was their 16th of the season compared to just six losses.

“The team really played well in the second half on the road,” said Bulldogs head coach Doug Holland. “I felt like we played a really good Elba team. I was extremely proud of the team for sticking together and playing through the turnovers.”

The Bulldogs found themselves down by one point after one quarter of play at 10-9. In the second quarter, the Bulldogs received seven points out of Juhmir Lampley and five points out of Uri Rouse, but it was only good enough to bring them to within two points at halftime by a score of 26-24.

In the third quarter, with help from Lampley and Jaidyn Wilson, who scored eight and seven points in the quarter respectively, the Bulldogs scored 21 points and were able to overtake the Tigers heading into the fourth 45-42.

Both teams traded baskets in the game’s final quarter. The Tigers and Bulldogs both scored a total of 12 points in the quarter to give the Bulldogs the three point win.

The Bulldogs had just one player score in double figures in the win.  Lampley led the way for the Bulldogs with 22 points, while Wilson scored nine and Andres Burney scored eight. Rouse finished the game with eight points.

“Those are the kind of wins you need heading down the home stretch of the regular season,” Holland said.

The Bulldogs will be back in action on Friday night when they host Barbour County. 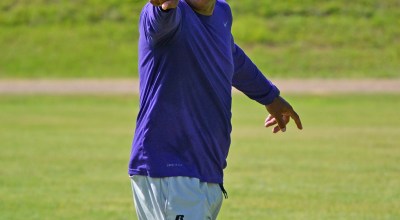