Came up short: Lady Patriots miss out on chance to claim a share of region title with loss to Lakeside 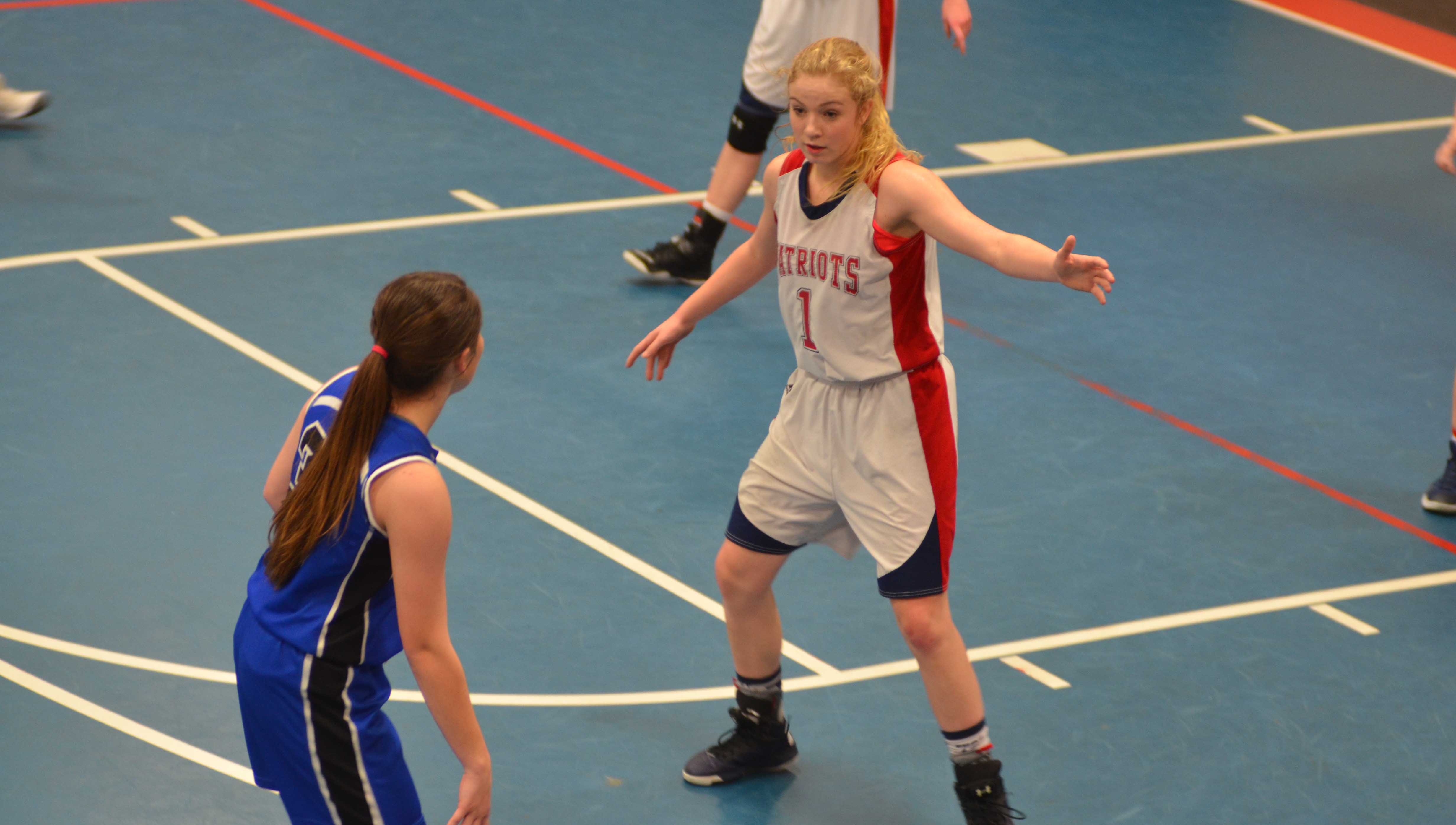 Photo/mike hensley
Mya Terry guards the ball during Pike’s game against Lakeside on Tuesday evening in Troy. Terry and the Patriots missed out on a chance to claim a share of the region title when they fell to the Chiefs 64-44.

The Pike Lady Patriots entered Tuesday’s game against Lakeside with the hopes of claiming a share of the region championship. Those hopes were dashed when they fell to the Chiefs 64-44 on senior night to close out the regular season.

The Patriots entered the game knowing they not only had to beat the Chiefs, but they also had to win by at least seven to claim a share. The loss drops the Patriots to 11-8 overall.

“It was a competitive first half,” said Patriots head coach Robert Hawkins. “It all came down to their speed. Their speed killed us and their strength is their guard play. Their guards are so much stronger then our guards. So they are quicker and stronger.”

The Chiefs and the Patriots spent the first quarter feeling one another out. Neither team led by more than three points. There were two lead changes and three ties and the Patriots entered the second quarter holding an 11-9 lead.

The Patriots increased their lead to six early in the second quarter when they got two consecutive makes by Mya Terry and Lauren Johnson to bring the score to 15-9. The Patriots led by as many as six in the quarter before the Chiefs retook the lead at 18-17 and went into the locker room at halftime holding a slim 23-21 lead.

The script flipped in the second half in favor of the Chiefs. Lakeside pushed their lead out to five points early in the third quarter at 26-21 and it was a lead that continued to grow. With the Patriots trailing by two at 26-24, the Chiefs embarked on a 12-4 run to go up by 10 at 38-28. The Patriots entered the fourth quarter trailing by nine points.

“We got into foul trouble and I thought their guard killed us,” Hawkins said. “She kept going left and we knew she was going left. We still couldn’t stop her.”

The Chiefs kept expanding their lead until it reached 20 when the final buzzer sounded to end the game, giving the Chiefs the 64-44 win.

After scoring just seven first half points, Johnson led the team in scoring with 19 points while Terry added 12. Senior Susie Stell contributed with nine points on three made three-pointers.

With the regular season now at a close, the Patriots shift their attention to the region tournament on Thursday at Fort Dale.

“We have struggled the last two years in the tournament,” Hawkins said. “I think we are going to have to get our minds right and treat this like the big game that it is.”