Thrilling win: Trojans get great effort from Roberts in their overtime win over Enterprise 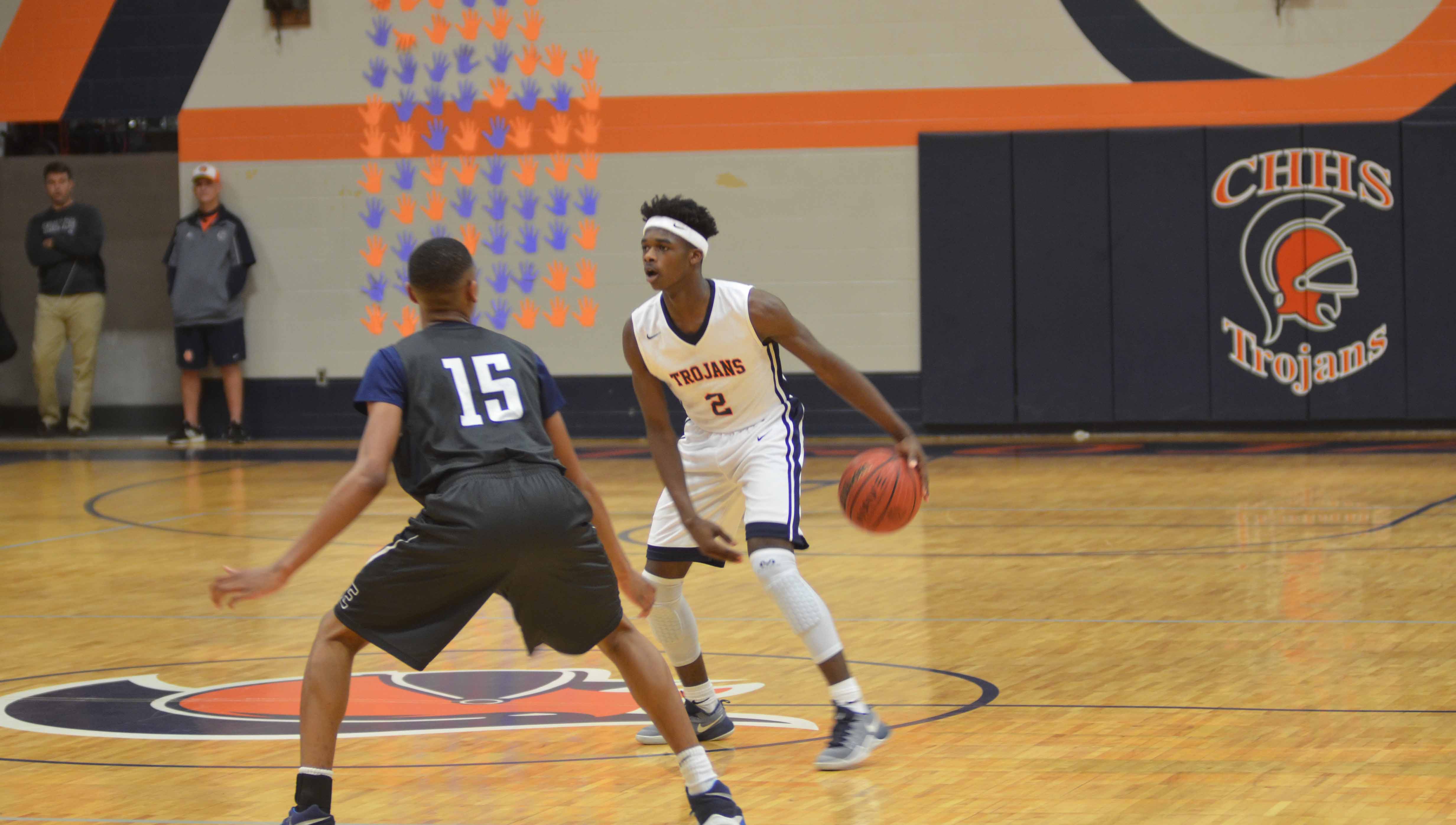 Josh Roberts tied the game in the final seconds to force overtime in Charles Henderson’s 51-48 win over Enterprise on Monday night.

After a slow start, the Trojans offense regrouped to win a thriller over the 7A Wildcats.

“This game was big for us and it will help us grow up as we go down the stretch,” said Trojans head coach Shelby Tuck. “We have dropped six of seven games…the best thing about this team is we haven’t played our best basketball yet. We are on the rise.”

The Trojans and Wildcats scored a combined 15 first-quarter points with the Wildcats holding an 8-7 lead.

The Trojans trailed the entire quarter and didn’t gain their first lead until the early stages of the second. With under 2:30 remaining in the half and the Trojans up 13-12, Charles Henderson embarked on an 8-2 run to close out the first half.

“It was a huge stretch for us,” Tuck said. “That is the kind of basketball that we have been playing. They slowed us down a lot, but they endured in the end.”

The Trojans entered the locker room at halftime holding a 23-16 lead.

The game stayed tight in the second half. Neither team led by more than six points in the game’s final two quarters.

With just under 2:00 remaining in regulation, the Wildcats made a three-pointer with just 39 seconds remaining to gain a two point advantage.

With time dwindling under 20 seconds, Jalen Tuck had a chance to even the score for the Trojans with two free throws. The guard missed both shots, but Josh Roberts cleaned up the rebound on the second shot and was fouled. Roberts converted on both field goals to send the game into overtime.

The Trojans scored nine overtime points, including four by Roberts to secure the win.

“Josh is always huge,” Tuck said. “We depend on Josh so much. He protects the basket that is what Josh does. He is a rim protector and he has been doing that all year for us.”

With just a handful of games remaining until the area tournament, the Trojans look to hit the practice floor hard in hopes of finding their stride.

“We have four days off,” Tuck said. “We can really get here and grind. We are just making a lot of mental mistakes. I am not going to make excuses, but it could be due to them being fatigued. We have played a lot, but we will be fine.”

The Trojans will host Abbeville on January 28 beginning at 7 p.m.