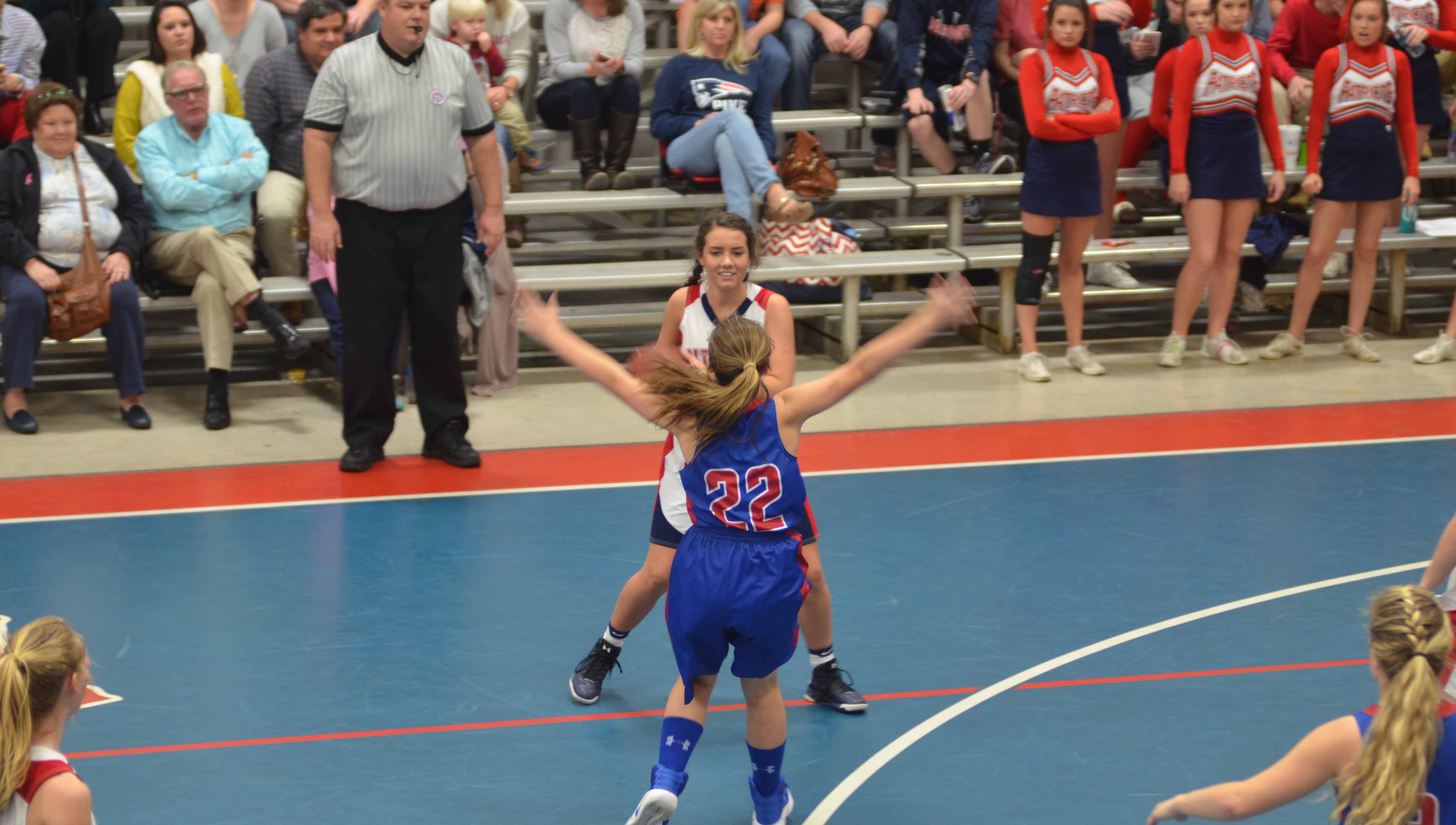 Messenger Photo/mike hensley
The Pike girls and boys basketball teams stepped outside region play on Monday with a pair of games against Crenshaw. The girls began the night with a 49-27 win and the boys followed that up with a 57-29 win.

The Pike Lady Patriots got back on track on Monday when they defeated Crenshaw 49-27.

The win improves the Patriots’ record for the season to 11-7.

“We were able to get some young girls in the game tonight, the ones that don’t get to play a whole lot,” said Patriots head coach Robert Hawkins. “We took control of the game early and then it got a little sloppy at that point, but everyone got to play.”

The Patriots took control of the game from the opening tip and jumped out to a 20-2 lead,  taking a 23-15 lead into halftime.

“We just moved the ball around good,” Hawkins said. “We were able to take advantage of their zone and score.”

The Patriots held Crenshaw scoreless in the third quarter and took a 39-15 lead into the fourth quarter, enabling coach Hawkins to empty his bench.

“It’s a lot of fun,” Hawkins said. “They don’t get to play a lot and they get discouraged.”

Mya Terry led the Patriots with 16 points, while Lauren Johnson finished with 14.

The Patriot boys basketball team also walked away with an easy win, defeating Crenshaw 57-29. Hunter Jones led the Patriots in scoring with 11 points, while Patrick O-Brian finished with nine

The Patriots will be back in action this evening when they host Lakeside in the regular season finale beginning at 6 p.m.