Ready to go: After a record breaking 2016, the Troy Trojans look to make noise in the Sun Belt Conference 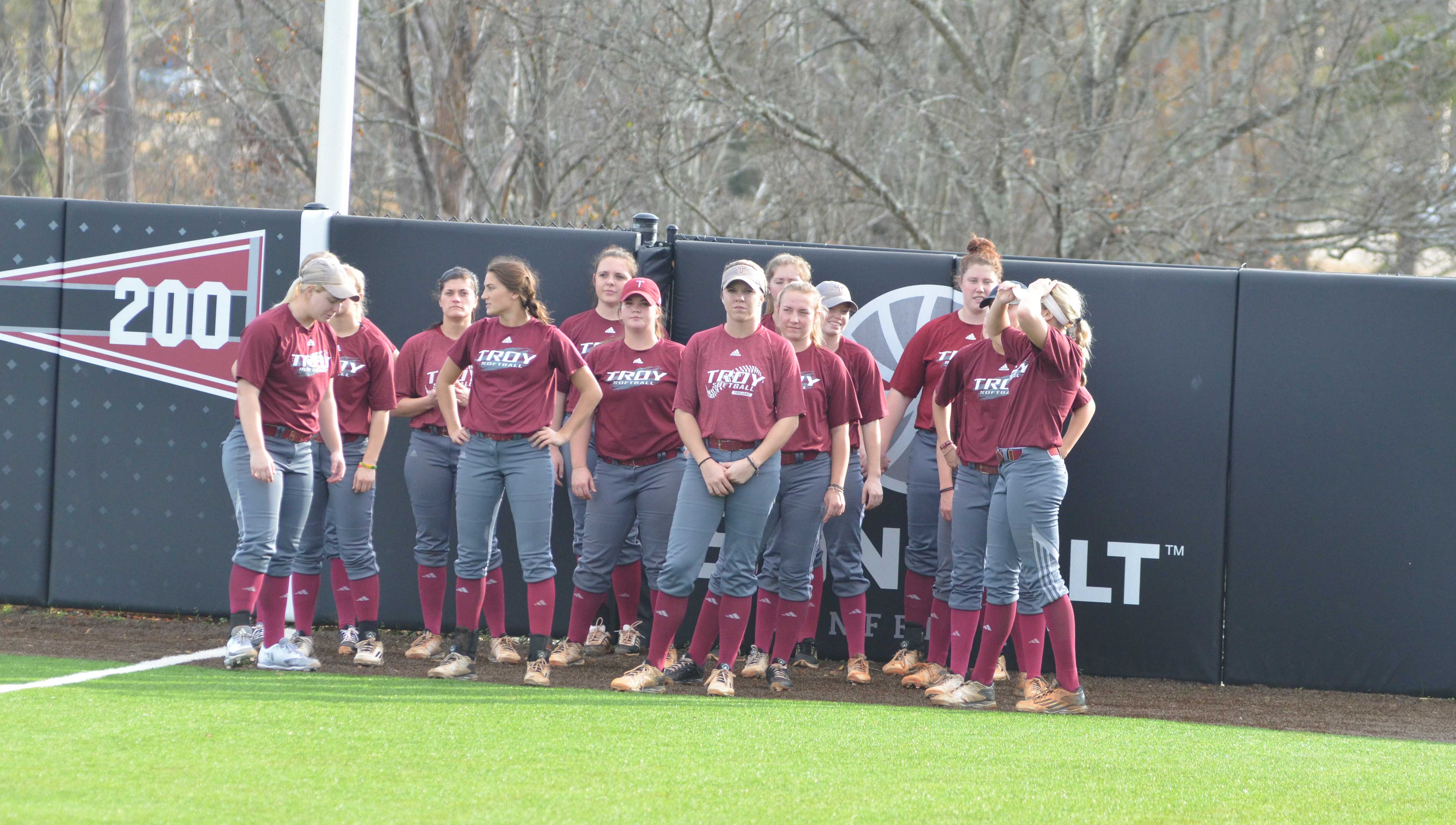 Photo/mike hensley
After finishing the 2016 season with 31-25 record, the Troy Trojans returned to the field to prepare for the 2017 season. The Trojans open up the 2017 season with four consecutive tournaments beginning with in Boca Raton tournament on February 10 to open the season.

With just three weeks until the official start of the 2017 Troy softball season, head coach Beth Mullins and the Trojans have hit the field for spring practice.

2016 was a record breaking year for the Trojans, and with a fresh group of players wearing the cardinal and grey, Mullins has enjoyed seeing her team back on the field.

“It’s always nice to get back on the field,” Mullins said. “I thought the girls did a good job during the break at working hard. Last Tuesday was our first day and they came back ready to go.  As a coach, I am excited to get better.”

Last season the Trojans finished with a 31-25 overall record and an 11-13 conference record. The Trojans had a balanced attack that featured both power and speed. For the second straight season, the Trojans broke their homerun record with 62 long balls led by Hannah Day’s 16. With Hannah now gone, the Trojans will rely on Troy native Becca Hartley, who finished with 11 homeruns on the year. Hitting homeruns, although important, will never be mentioned in the Troy dugout.

“We never talk about homeruns,” Mullins said. “We have been lucky enough to break the record the last two years, but we don’t talk about it. We are going to have a good mixture (power and speed). We always try to lead the league in doubles. We did it last year and we want to do it again.”

The Trojans only return three seniors in Hartley, Meg Willis and Rachel Rigney. 2017 will see a lot of new faces as Troy welcomes in five freshman and two transfer players. The Trojans spent the fall camp and the early goings of spring ball to teach the newcomers the Trojan way.

“They have been great,” Mullins said. “The biggest thing that they have done is buying in from the beginning. I give our upperclassmen and leadership all the credit. They did a good job helping them learn it and the freshman and newcomers did nothing but buy in.”

Two of the returning players for the Trojans will be sophomore pitchers Claire Graves and Peyton Glover.

Both pitchers will once again be looked on to shut down opposing team’s offenses this season.

“We had two freshmen throw a lot of our innings last year,” Mullins said. “I think that is key this year. They went through the ringer last year. They got a lot of experience and I don’t think a whole lot is going to surprise them. They have been working hard and have gotten better. I have no doubt that we are going to be better on the mound and they have a great defense behind them.”

The Trojans will begin the season with four tournaments, two of which will be at home. They start the season playing in the Florida Atlantic tournament, before ending the tournament portion of their schedule at LSU.

“We were home a lot last year and I think that hurt us a little bit,” Mullins said. “The first week we are going down to Florida to play some good teams and it’s going to do nothing but get us better for when conference play comes later in the season.”

The Tournament in Boca Raton to begin the season will begin on February 10 when they play both Bethune-Cookman at 12:30 p.m. and North Florida at 2:45.