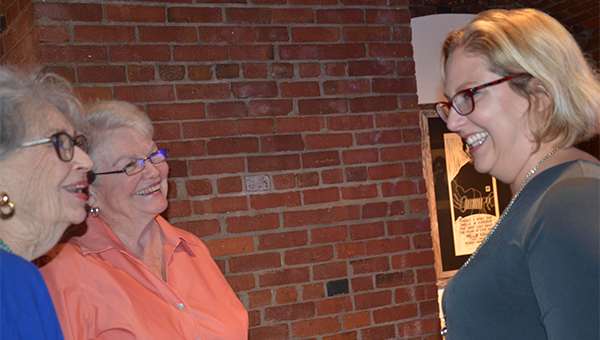 Kenyon Holder, lecturer of art history at Troy University, presented an ArtTalk at the Johnson Center for the Arts on Wednesday. The program was sponsored by the JCA Docent program and featured a talk on the Christian symbols in art since the Protestant Reformation.

Vicki Pritchett, JCA executive director, said Holder was not new to the Johnson Center. She has been featured in the art center’s ArtTalk series and there have been many requests to have her back. “There is a lot of local interest in art history,” Pritchett said. “People are interested in knowing why there was so little art in the early ages and how the belief that there should be no graven images affected the creation of art. When cathedrals were built, people could not read or write so the stories of Jesus were told in paintings. Kenyon Holder is a wonderful lecturer and makes art history so interesting. We were excited and honored to have her speak.”