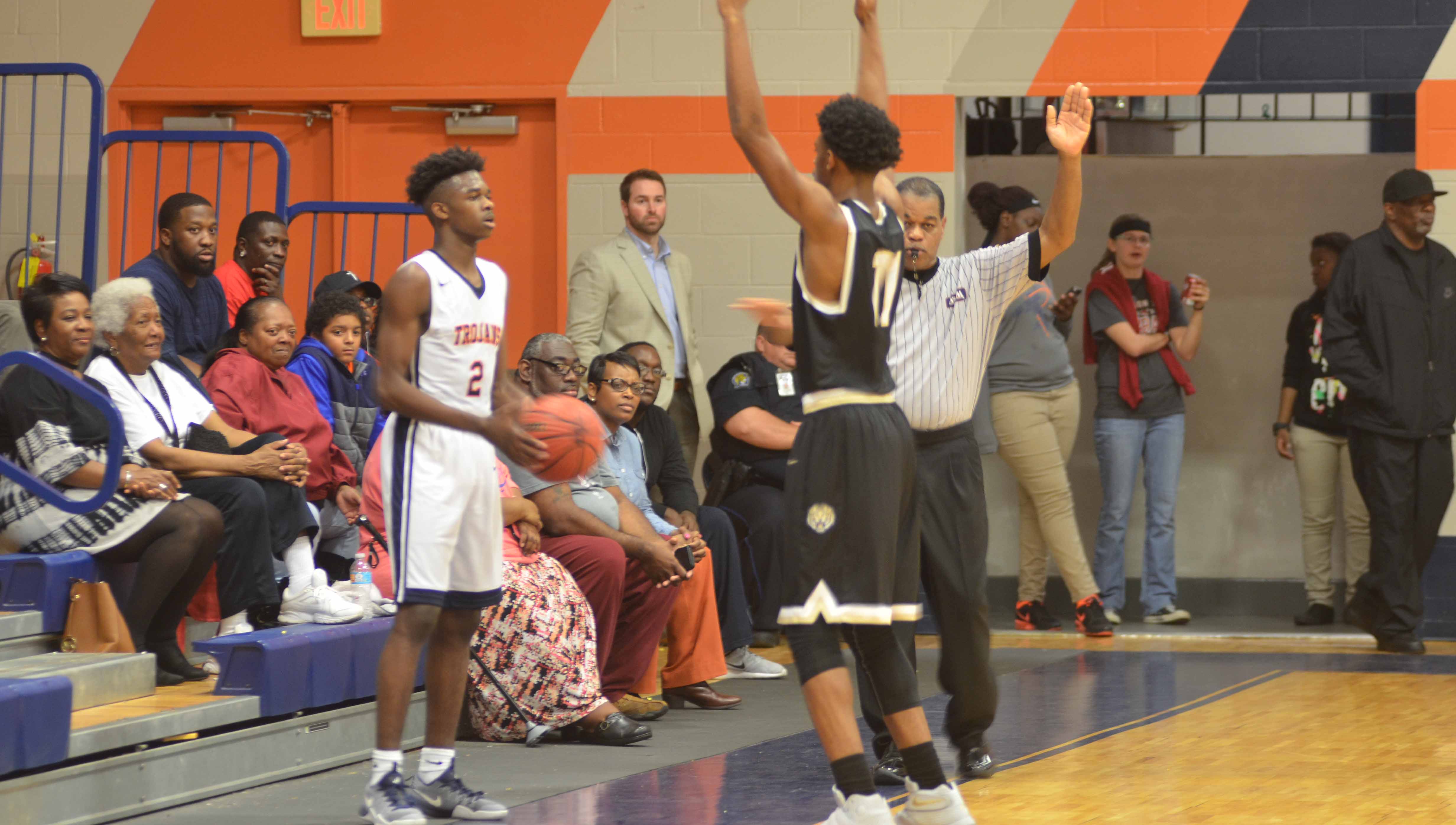 The Charles Henderson Trojans fell in the final minutes of Tuesday’s game to area foe Greenville 69-62.

With the loss the Trojans drop to 8-6 overall and 1-2 in area play.

“We competed hard,” said Trojans head coach Shelby Tuck. “My hats off to them. We played hard against a very good ball team. We turned it over a lot, and so did they. We turned the ball over a little later and it decided the ball game. I am proud of my guys; they played really hard.”

The Tigers employed a suffocating defense against the Trojans.

“They were really solid defensively,” Tuck said. “We just didn’t make plays down the stretch and we turned the ball over.”

The Trojans trailed throughout the entire first quarter and entered the second trailing 18-12. Near the midway point of the second quarter, the Trojans evened the score at 21 and soon took a 28-26 lead. The Trojans went into the locker room at halftime leading 30-26.

The Trojans held their lead the entire third quarter and entered the fourth leading 50-47. With the final minutes of the fourth quarter ticking away and the game tied at 59, the Tigers gained the lead with 2:00 remaining. After falling behind by as many as five in the final minute, the Trojans were able to cut it to three on a layup by Laertis Brantley. That would be as close as the Trojans would get as the Tigers pushed their lead back up to seven and salted the rest of the game away.

Jalen Tuck led the way for the Trojans with 14 points, while Kelshun Campbell finished with 13 and Josh Roberts had 11.

The Trojans will be back in action on Thursday to take on Brew Tech on the road at 7 p.m.