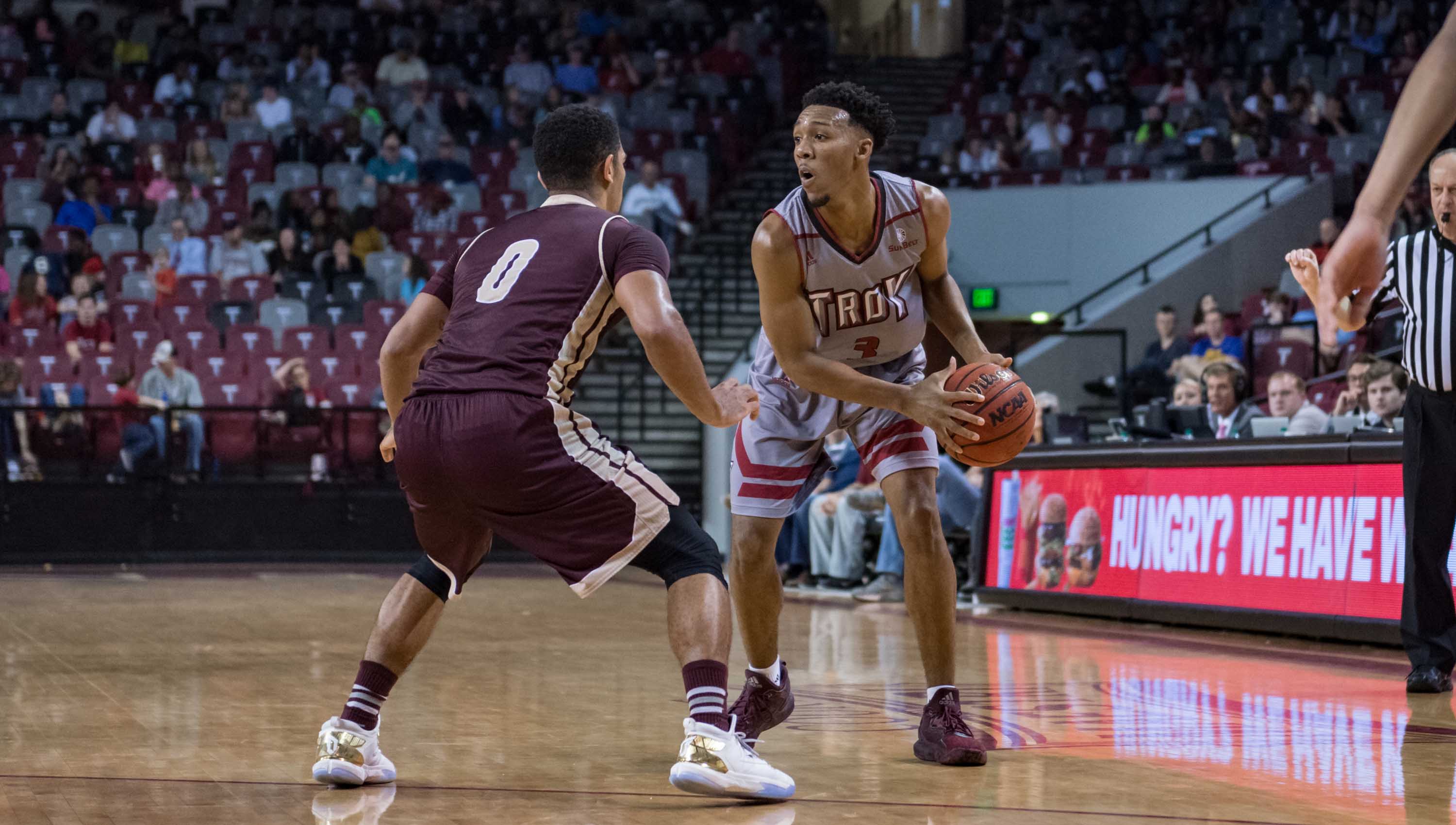 Photo/troy athletics
Wesley Person tries to set up the offense against Texas State on Monday night. Person and the Trojans comeback effort fell short in a 75-71 loss to the Bobcats.

The Trojans saw their two-game win streak snapped on Monday when they fell to the Texas State Bobcats 75-71.

“Give credit to Texas State,” said Trojans head coach Phil Cunningham. “They were really good tonight. They had two stints in the second half where they just made shots. That was the difference in the game.”

The Trojans shot just 28 percent in the opening half and went into the locker room at halftime trailing 27-23.

The Trojans converted on nine of their 24 shots including two out of nine from behind the arc. Juan Davis made his first two three-pointers of the half and along with Varnado led the team in scoring with six first half points. Wesley Person, who scored a career high 39 in Troy’s win over Texas Arlington on Saturday, had just two points on free throws.

The Trojans came out in the second half and scored the first eight points, bringing the score to 31-31.

“The game got away from us five minutes into the second half,” Cunningham said. “We came out strong and took a lead and then we had some positions where we weren’t efficient offensively. They got into a groove offensively, and that was the difference in the game.”

The Trojans battled back and got to within five points with three minutes remaining. Nijal Pearson drained a three after the Bobcats hauled in an offensive rebound to give stretch the Bobcats lead out to eight at 67-59 with 1:20 remaining. The Bobcats used that basket to secure the win.

“Give our guys some credit; they didn’t quit,” Cunningham said. “They kept scrapping at the end. They were trying to get back in the game by making threes and they missed some free throws.”

The Trojans will hit the road for their next two conference games beginning with Arkansas State on January 23 beginning at 6:30 p.m.