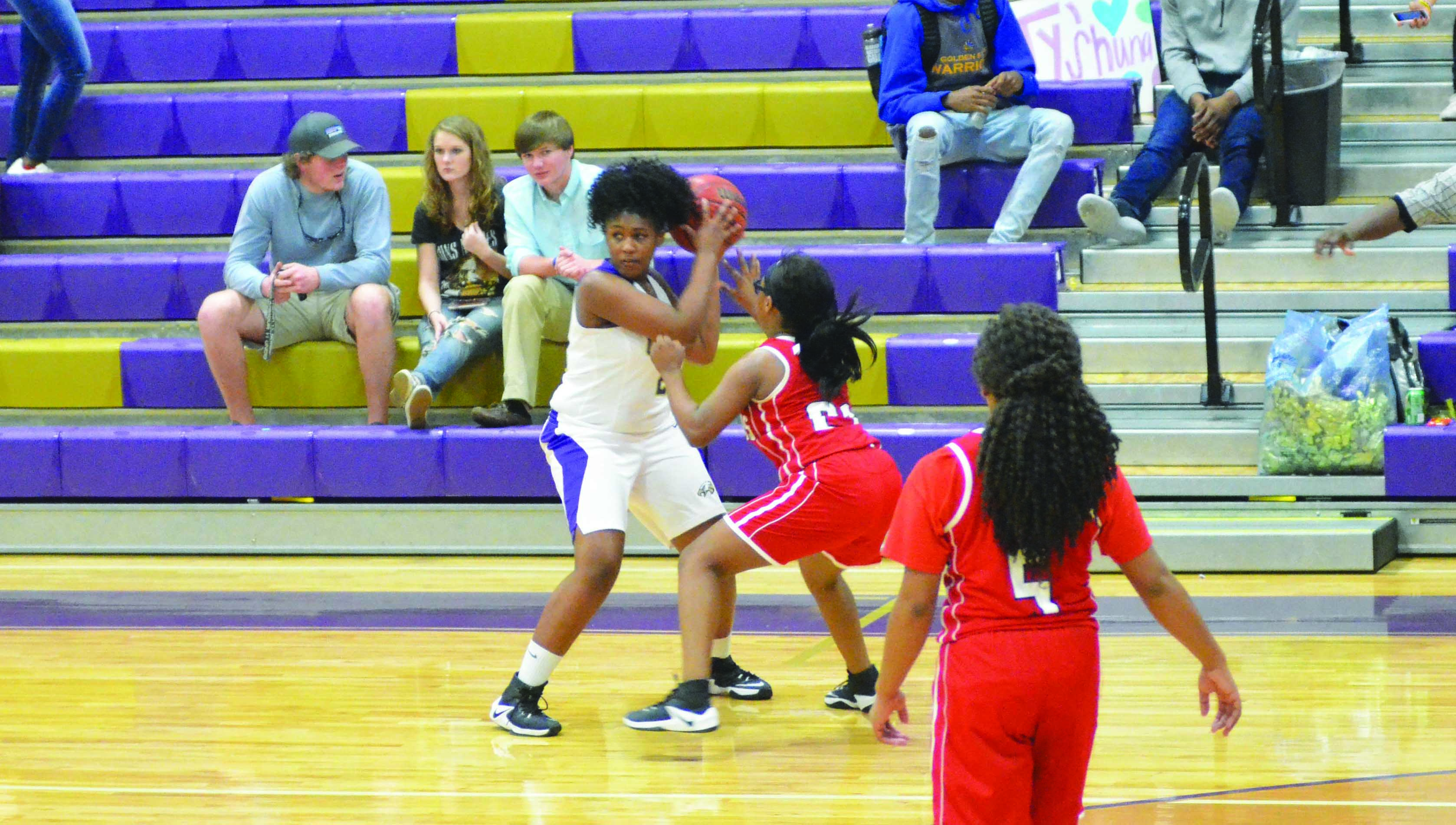 Photo/mike hensley
The Goshen Eagles opened up area play on Friday evening with a 50-40 win over rival Luverne. With a 1-0 record the Lady Eagles now set their sites on Tuesday’s showdown with Calhoun.

The Goshen Lady Eagles returned home on Friday and defeated rival Luverne 50-40 in the 2017 area opener.

“It feels great,” said Eagles head coach Fred Lowery. “I wanted to play with a lot of energy and from start to finish we did that. Down the stretch fatigue set in, but I asked four quarters out of them and they played with high energy.”

The mantra for the Eagles ever since Lowery took over before last season has been “good defense leads to easy points” and they followed that in the first half.

An aggressive Eagle defense led to transition points in the first half allowing them to take a 29-19 lead at the half.

“That was the game plan,” Lowery said. “We wanted to out-hustle them. They are a scrappy bunch. I knew they couldn’t handle a little bit of pressure. That was big for us.”

The Tigers flipped the script a bit in the third quarter, closing within five points before the Eagles’ Shamiya Griffin got hot. After scoring just four points in the first half, she exploded for 11 points in the second half to help secure the win for the Eagles.

The Eagles hope the win will carry over in the upcoming area games to close out the season.

“Getting that first win in the area opener against Luverne is huge,” Lowery said.  “That’s momentum all by itself. We are going to take one game at a time.”

The Eagles will be back in action on Tuesday when they travel to take on Calhoun.