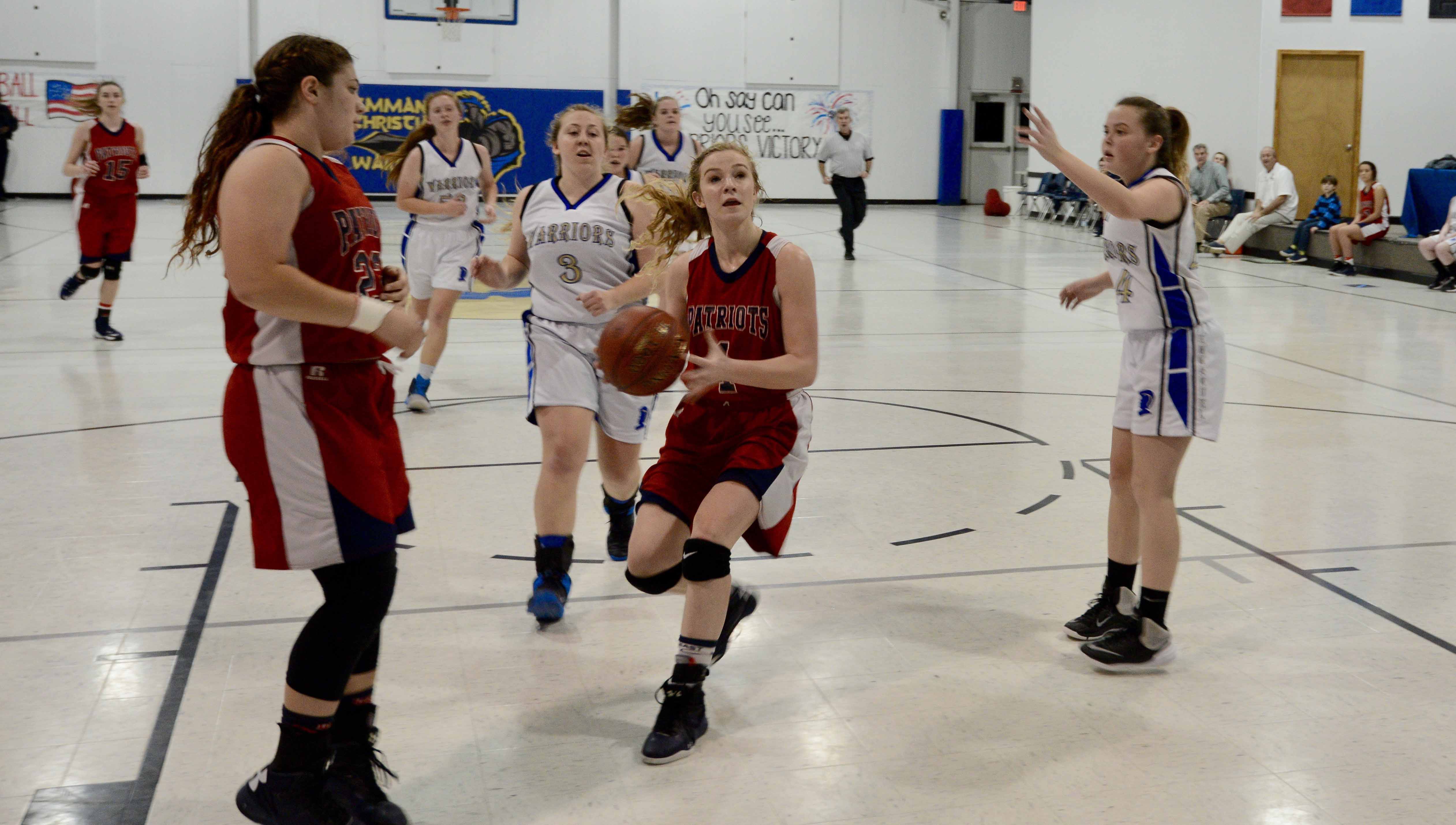 Photo/Debi Green
The Pike Lady Patriots were able to empty their bench as they ran away with an easy win over Emmanuel Christian 47-26 on Tuesday night.

The Pike Patriots emptied their bench early and raced to an easy 47-26 win over Emmanuel Christian in Dothan on Tuesday.

The win brings their record on the season to 8-6.

“It was one of those in-between games when you play a non-region opponent,” said Patriots head coach Robert Hawkins. “They were struggling and they have a young team. Everybody got to play, and it was one of those game where you practice all that time and get out there and play and have a good time.”

The Patriots got a quick 10 points in the opening quarter by senior Lauren Johnson. In the second, the Patriots offense broke out in the second and scored 19 points including nine points from Susie Stell who knocked in three, three-pointers to help give the Patriots a 29-10 lead at the half.

After starting the game, Stell played the majority of the game with second string players after she helped give the Patriots an insurmountable lead.

“She hit the threes and kept us having a big enough lead where we could sit everybody else,” Hawkins said. “Hopefully those threes will pan out for her when we have our area games coming up. She had a really big game.”

In the second half the bench players carried over the momentum and took a 19 point lead into the fourth quarter at 35-16.

Stell led the Patriots in scoring with 15 points, while Johnson also finished in double figures with 10.

The Patriots will get back into area play this Thursday when they host Northside beginning at approximately 6:30 p.m.

“We have to be able to beat Northside,” Hawkins said. “These girls tied for the area two years ago and won it last year. This would be the first time I remember a Pike Lib team either tying or winning the area championship three years in a row. I think it’s big, and it’s going to be a big challenge.”

The Pike Liberal Arts boys basketball team closed out the evening with a 64-32 win over Emmanuel Christian. Reed Jinright led the Patriots with 21 points, while Patrick O’Brian finished with seven.

Like the Lady Patriots, the Patriots will be in action on Thursday when they host Northside.