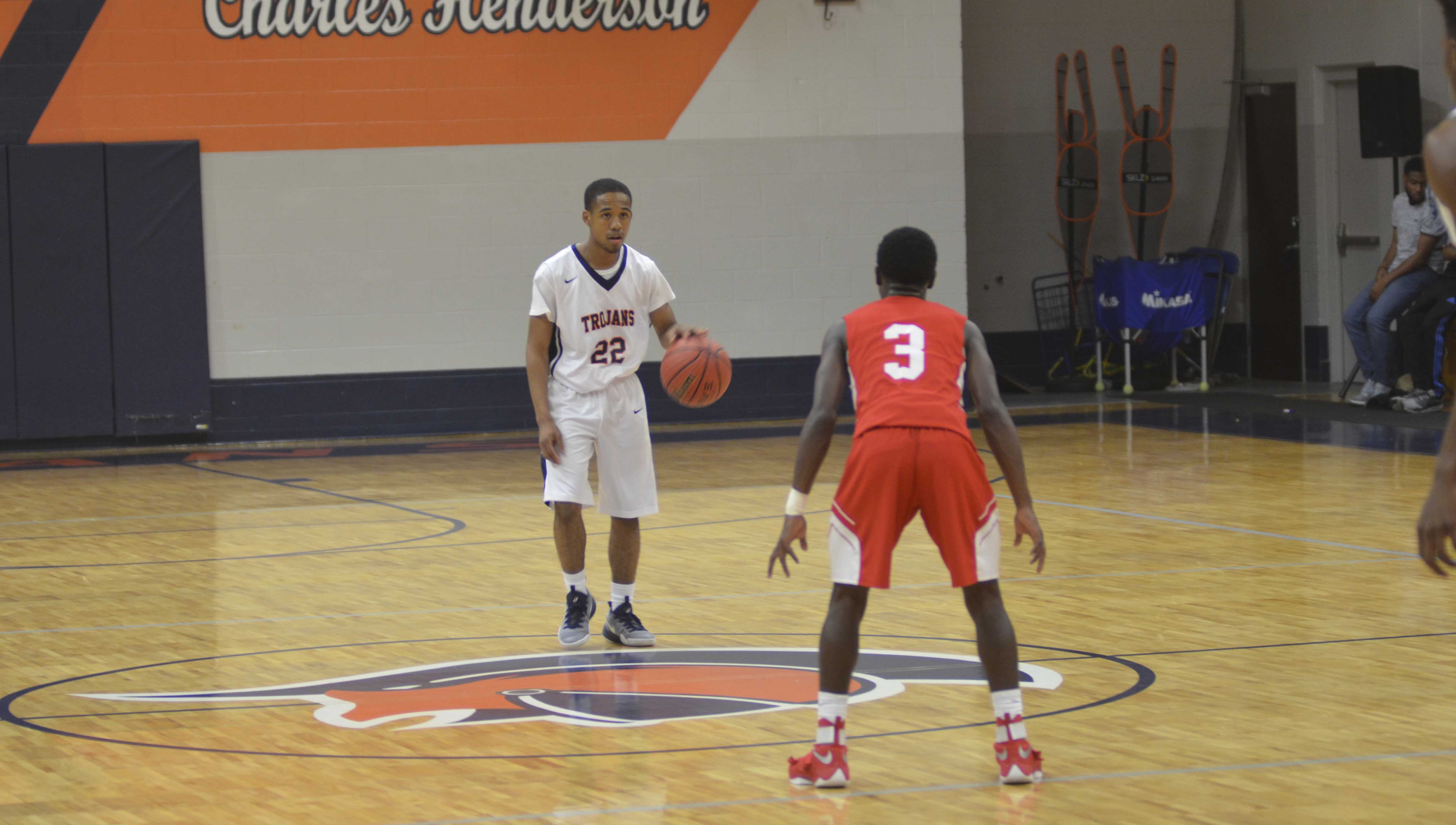 Braxton McGhee dribbles the ball up for Charles Henderson on Thursday night. McGhee and hte Trojans defeated the Carroll Eagles 70-55 in their first game following the Christas holiday.

The Charles Henderson boys came out of a two-week break with a 70-55 win over Carroll on Thursday.

The win for the Trojans improves their record on the season to 9-8.

“The first half we played good basketball,” said Trojans head coach Shelby Tuck. “We played lights out, and then we kind of took the second half off. But I’m proud of them coming off a 14-day break. A win is a win, and I’m proud of them.”

The Trojans spent time during the break resting up and preparing for the season’s stretch run.

“Practice paid off,” Tuck said. “Going into area play the guys are playing really hard and I think it paid off.”

The Trojans jumped out of the gates early on Thursday night, scoring 44 first half points to Carroll’s 27.

“We had really good ball movement,” Tuck said. “We had good teamwork and that is what I try to instill into them. If we play as a team we are great, but if we play as a bunch of individuals we aren’t.”

A point of emphasis during the break for the Trojans was to improve guard play. During the first half guards Jalen Tuck, Jabronski Williams and Braxton McGhee combined to score 31 points.

“They penetrated and shot the ball well,” Tuck said. “If we get open shots then we can knock them down. We just don’t have anyone that can knock down a shot with someone in their face. If we can work as a team and move the ball around and get wide open looks, the guys can knock them down.”

“He has a lot of speed,” Tuck said. “He is a great ball player. We just have to get him to calm down a little bit. He got a little excited. I have a lot of experience with Braxton and he will do a good job for us.”

The Trojans outscored the Eagles 14-10 in the third quarter, giving them a cushion in the fourth quarter when they were outscored 18-14.

Tuck and Josh Roberts led the way for the Trojans with 15 points on the night.

The Trojans now shift gears to area play when they hit the road to take on Greenville on Tuesday night at approximately 7 p.m.