Year in review: Trojans have historic year in 2016 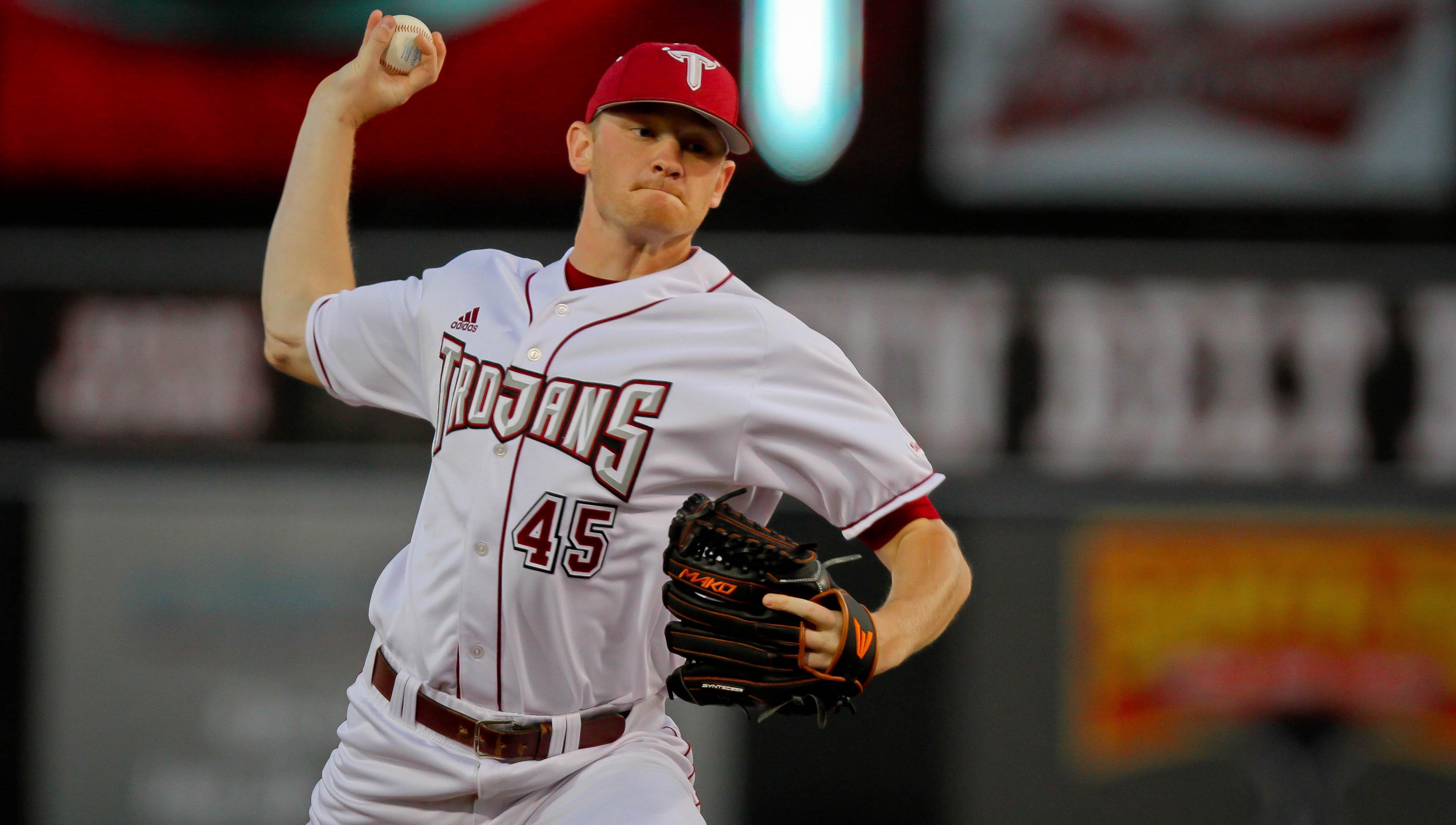 The Trojan football team began the first Sun Belt Conference team to make an appearance in the Associated Press Top 25 poll and they picked up 10 wins for the first time in their FBS history. The Women’s basketball team reached the NCAA tournament for the first time since 2007 and the baseball team enjoys success in Mark Smartt’s first season as head coach.

Troy University Athletics experienced history in more than sport during the 2016 calendar year.

One team entered postseason for the first time in 20 years, while another program wrapped up more wins than ever before in their FBS history.

The Women’s basketball team entered the season with experience led by senior Ashley Beverly Kelley. Under head coach Chanda Rigby, the Trojans won their first ever Sun Belt Conference Tournament and went to their second ever NCAA Tournament, their first since 1997.

The Trojans entered the 2016 portion of the schedule with a 6-5 overall record and a 0-1 record in conference play. From January 2 through the end of the regular season, the Trojans were up and down. They went on a five game winning streak to bring their conference record to 5-1 before losing their next six. They closed out the regular season with a 17-12 record and headed into the conference tournament as the fourth seed. The Trojans made quick work of South Alabama in the quarterfinals before taking out Arkansas State in the semifinals setting up a championship match with Arkansas Little Rock. Beverly Kelley knocked down a jump shot with 21 seconds remaining to give the Trojans a two point advantage. On the other end Caitlyn Ramirez blocked a shot with time dwindling down to secure the Trojans first ever conference championship.

“We are trying to let in sink in,” Rigby said after the game. “This has been a dream my whole life. Its fantastic.”

The Trojans picked up the 15 seed in the tournament where they took on Oregon State. The Beavers were too much to handle and the Trojans fell 73-31 to end their season.

Closing out 2016 the Lady Trojans closed out their non-conference portion of their schedule with a 7-4 record.

Unlike the women, Troy’s men’s basketball team struggled to close out the 2015-16 season. They finished the year 9-22 overall and just 4-16 in conference play. To begin the 2016-2017 season the Trojans seem to be turning the corner. They closed out their non-conference schedule with an 8-6 record and won the upper bracket of the Las Vegas Classic.

Pierce led the Trojans to a 32-26 overall record and a 17-13 record with in the Sun Belt Conference.

“I am very thankful that the players received me as a head coach as well as they did,” Smartt said. “Anytime there is a transition, especially with older players, its difficult. They handled it great and I am appreciative of that.”

The Trojans started the season 7-0 and went on to finish the rest of the season .500 and had stretches of playing good baseball.

“We got off to a really good start,” Smartt said. “Some of the things we could handle and some of them we couldn’t. We handled adversity well at times.”

The Trojans entered the conference tournament as a four seed and quickly bowed out with a pair of losses to Texas State and Arkansas State.

The Trojans softball team made some noise during 2016. The Trojans had career highs in homeruns for the second consecutive season with 62. Hannah Day led the team with 16 on the season while local product Becca Hartley finished with 11.

The football team closed out 2016 in historic fashion. The Trojans wrapped up their first ever 10-win season in their Division I history and participated and won their first bowl game since 2010. They were also ranked for the first time in their history and were also the first Sun Belt team to crack the top 25.

“This is the first time in our FBS history that we have won 10 games,” said head coach Neal Brown. “That is something 16 seniors on our football team will always be proud of.”

The Trojans quickly garnered national attention in week two when they fell to the second ranked Clemson Tigers in the final minutes.

From that game on the Trojans rattled off seven straight wins and became the 25th ranked team in the country.

“I am proud of it,” Brown said. “I think it is significant for our conference, for Troy University.”

The Trojans had two chances to earn at leas a share of the conference championship in front of a national audience but dropped both games to Arkansas State and Georgia Southern.

The Trojans landed 15 players on  the All Conference team including Rashad Dillard who was named the Defensive Player of the Year.

In the Dollar General Bowl, the Trojans got three rushing touchdowns by Jordan Chunn who broke the team record, which was previously set at 34, and the Trojans picked up a 28-23 win.

During the season, the Troy Athletic Department officially announced the construction of the new end zone facility, which is set open prior to the beginning of the 2018 home opener.